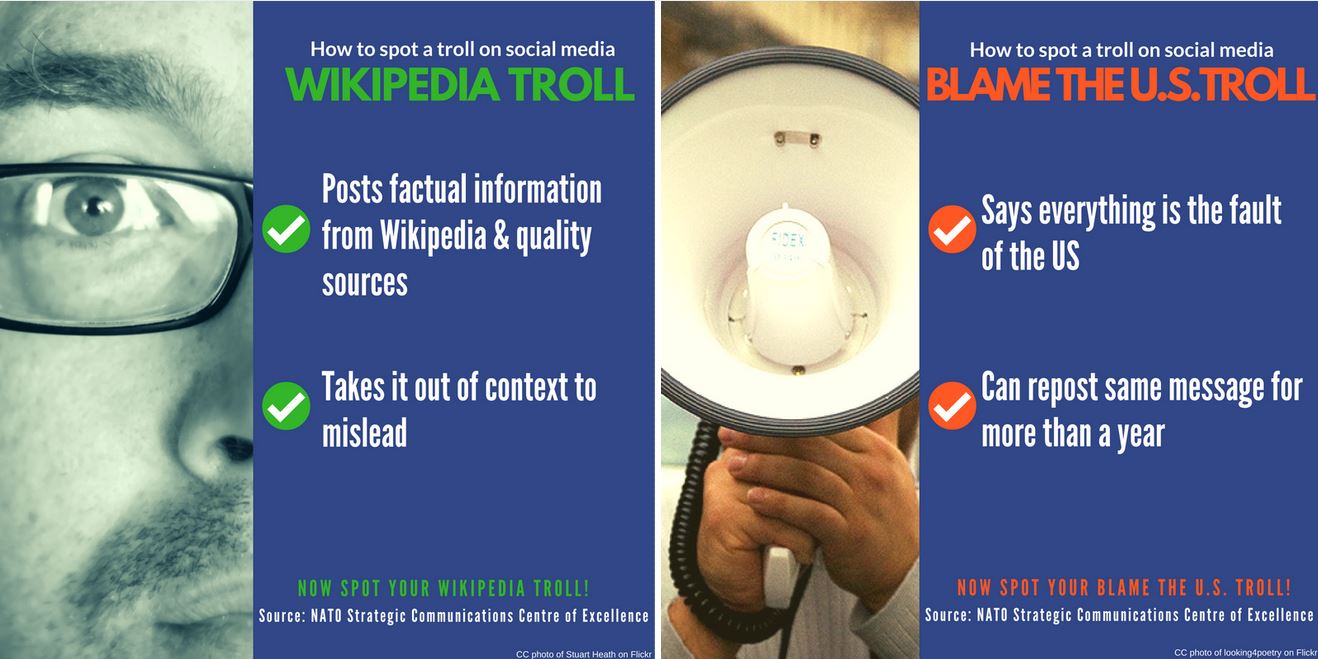 The NATO Centre of Excellence in Strategic Communications has analysed the trolling tactics used to pro-Kremlin disinformation efforts in Latvia in a recent study.

5 types of trolls stand out for the authors: 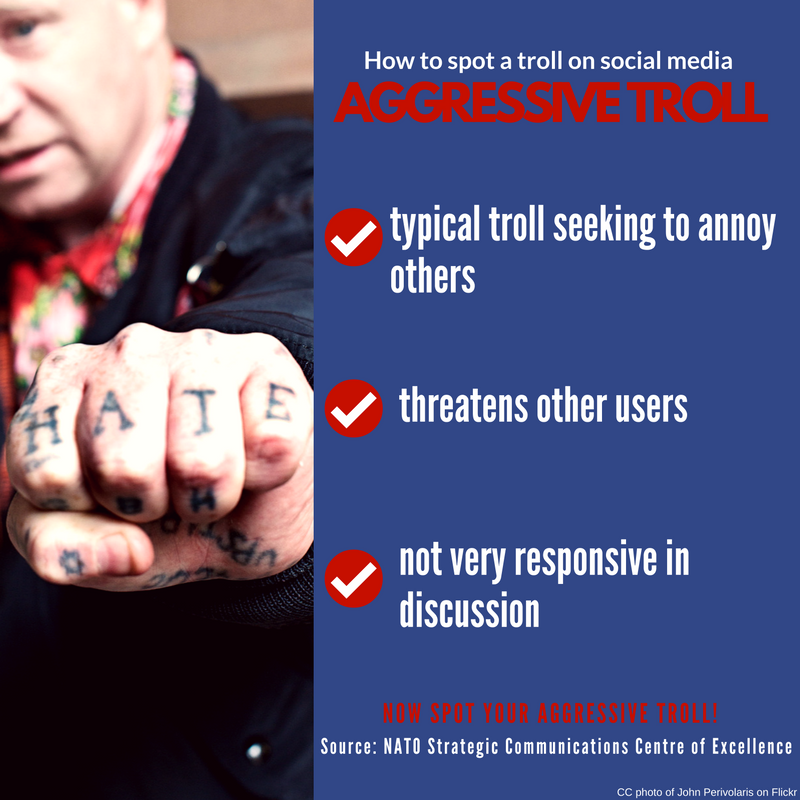 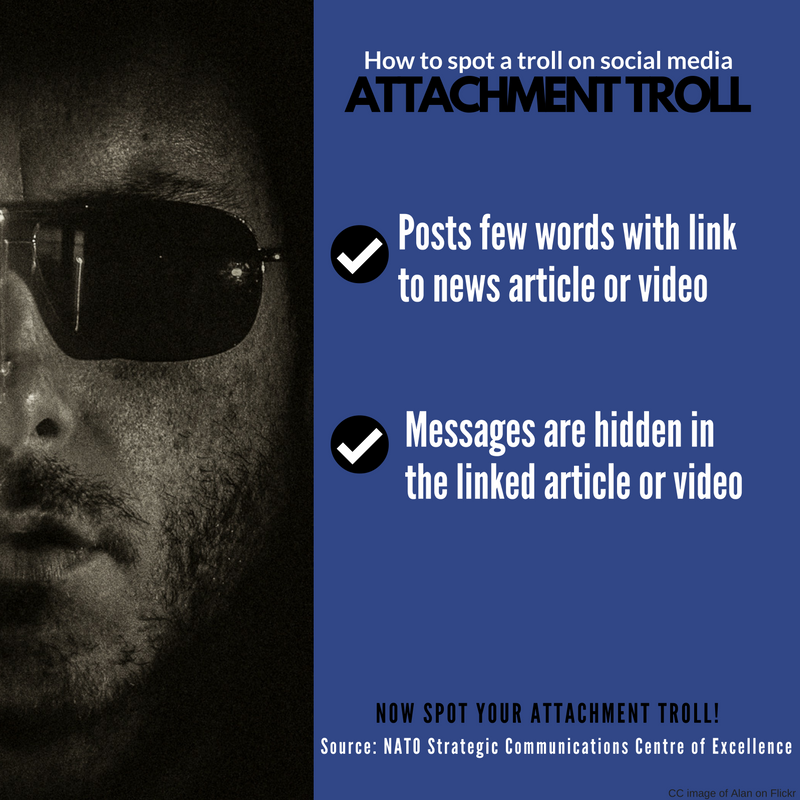 The East StratCom Task Force has developed social media images to raise awareness of these different trolls. Four of them can be seen above while we invite you to discover the bikini troll on our Facebook page EU vs Disinformation.