A compass for the jungle of conspiracies 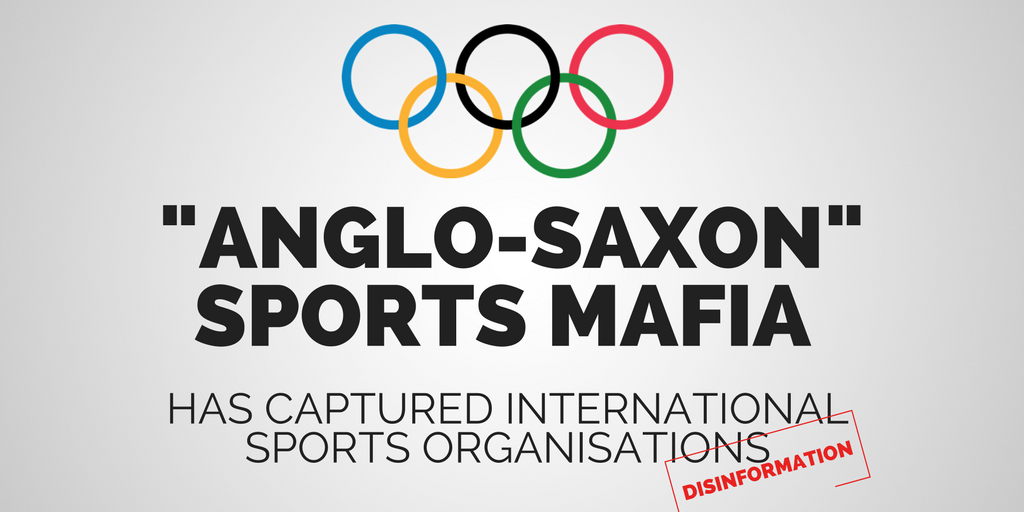 To navigate through the rampant rainforest of pro-Kremlin disinformation, a special compass comes in handy. But in the disinformation world, instead of pointing to the Earth’s magnetic north pole, the needle points judgmentally to the West.

Thus, with the 2018 Winter Olympics in South Korea approaching, sport comes high on the propagandists’ agenda. The new message is that international sports organisations have been captured by the “Anglo-Saxon sports mafia”.

Russia, the logic goes, with its doping scandals serves as a scapegoat for the Western powers who “turn a blind eye to their own doping terminators”. Here, we hear an echo of the more than a year-old disinformation campaign accusing the West of conspiring against Russia and using a doping agency for that.

The story travelled from the English language page of Katehon.com to the Czech disinformation outlet Zvedavec.org. The President of the supervisory board of Katehon is Russian businessman Konstantin Malofeev, who is on both the EU and US sanctions lists for supporting and funding the separatists in Eastern Ukraine.

Malofeev is also the founder of the pro-Kremlin media group Tsargrad that promotes “Orthodox values” and frequently spreads disinformation. Its previous masterpieces include a report of the CIA planning the “physical elimination” of the Russian President Vladimir Putin.

Katehon, for its part, ran a scoop in July that there was a coup in the US and that the US Congress had declared an economic war both on Russia and the EU.

Haven’t heard about it? Neither have we. 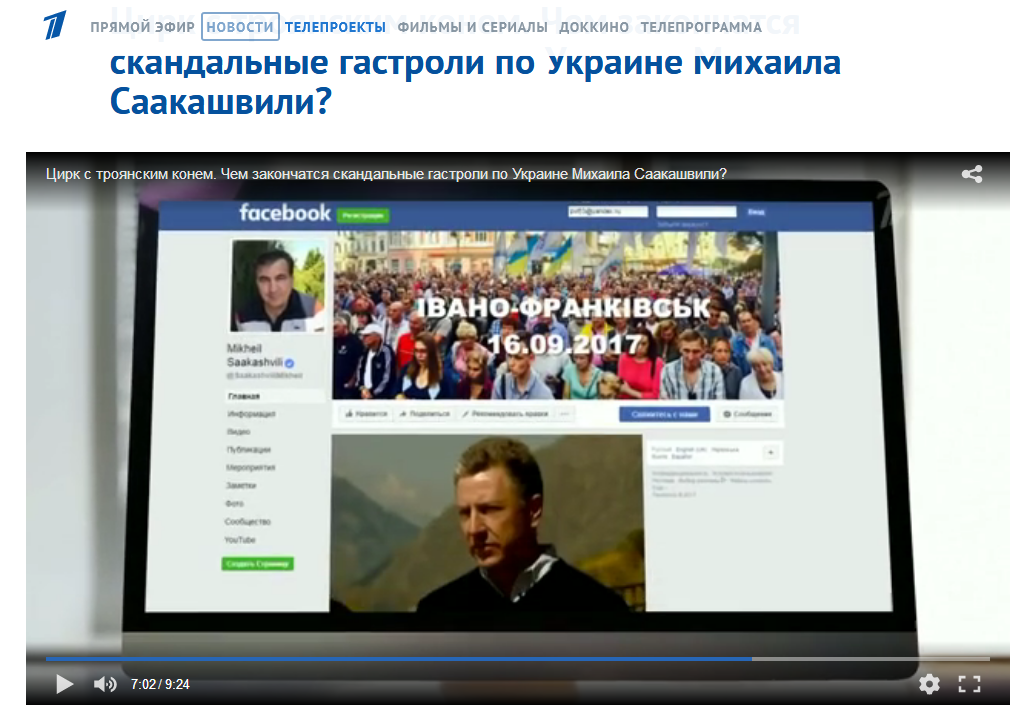 Russian state Channel One used Mikheil Saakashvili’s Facebook page as a “proof” that he is a US puppet.

Along with the Olympics, Russia’s hosting of the FIFA World Cup also comes closer, so disinformation concerning sport is really flourishing. One of this week’s pieces managed to bring together no less than three beloved components of pro-Kremlin conspiracies: 1. Former Odessa Governor Mikheil Saakashvili as a US puppet 2. Saakashvili [crossing the border to Ukraine] fulfils a secret CIA plan 3. The aim of the plan is to disrupt both the football World Cup in Russia and the Presidential elections.

Some old storylines also made a comeback this week, including 9/11 being supposedly plotted by the US authorities as well as the claim of biological weapons being created by American laboratories in Georgia. See here and here our collection of these myths and how they have been spread during the last two years.

Date
Title
Outlets
Country
U.S evacuated ISIS leaders and field commanders from the Syrian city of Deir Ezzor
Is in trend now
ria.ru
US, Syria
U.S evacuated ISIS leaders and field commanders from the Syrian city of Deir Ezzor
Sputnik
US, Syria
OSCE has changed its attitude towards the question of Crimea
ria.ru
Russia, Ukraine
Ukraine is deepening the seabed for a NATO fleet at the Sea of Azov
NTV, RBK, Pyatyi Kanal, Trud, Dni.ru and others
Ukraine
Bucharest authorities are supporting immigration regardless of what the constitution says
Sputnik.md
Romania
By controlling international sports structures, representatives of the Western countries allow their athletes to dope
Katehon.com, Zvedavec.org
Russia
EU ensures military influence through its programs, and this is why NATO was founded in 1949
CZ Sputnik News
EU
Hundreds of thousands of Arabs are waiting for the Czech citizenship and a social benefit of 21,000 CZK per month
Aeronet.cz
Czech Republic, EU
The public broadcaster Czech Television openly promotes sex with black people and LGBT
Novarepublika.cz, Zvedavec.org
Czech Republic
In order not to aggravate people of other religions, there was no Christmas tree in Brussels
Director of the media holding "Akhali Saqartvelo" (New Georgia), in an interview with ‘Kviris Palitra’
Georgia, Belgium
The Istanbul Convention is a Targeted Attack against Georgian Traditions and Identity
Geworld.ge
Georgia
European leaders have accepted the loss of Crimea
Interview on Kavkasia talk show
Ukraine, Georgia
Washington has declared a war to Moscow with placing military bases around Russia
Vremya pokazhet @Pervyi kanal, 18.33
Russia, US
US authorities are supporting terrorists who destroyed American skyscrapers on September 11
Vremya pokazhet @Pervyi kanal, 13:35
US
US is the main terrorist in the world and destroyed the former Yugoslavia
Vremya pokazhet @Pervyi kanal, 4:11
Yugoslavia, US
US refuses to cooperate with other countries in fight against terrorism
Vremya pokazhet @Pervyi kanal, 2:15
US
Saakashvili fulfils a CIA plan to deprive Russia of the World Cup
Nezavisimaya Gazeta
Russia, Ukraine, US
US will replace Poroshenko with Saakashvili, because Poroshenko didn't start a full-scale war with Russia
Voennoe Obozrenie
Ukraine, US
EU may solve Ukrainian issue without Ukraine
RuEconomics.ru
Russia, Ukraine, EU
Ukrainian secret service may be behind the phone terror in Russia
Svobodnaya Pressa
Russia, Ukraine
American laboratory in Georgia creates biological weapons
Georgian and the World, page 11
US, Georgia
EU wants to transform Moldova into a platform for European products
Moldavskie Vedomosti
Moldova
Russian hacker detained in CZ was tortured by the FBI
aeronet.cz cz.sputniknews.com ac24.cz
Czech Republic, Russia, US
By continuing to browse the site you are agreeing to our use of cookies.