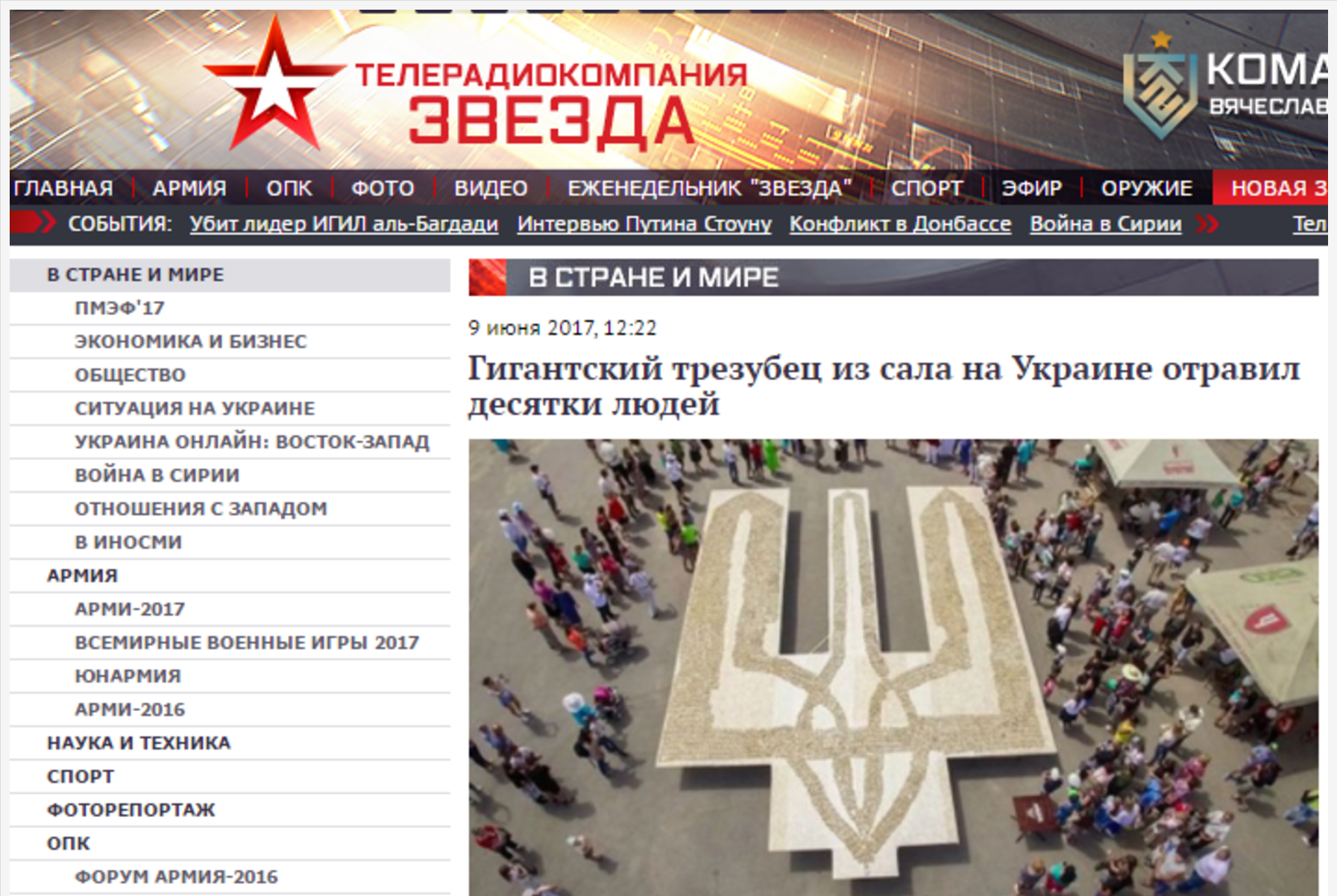 It had all the ingredients you need for a click-bait story in Russian: A giant sandwich, the national coat of arms of Ukraine, the “salo” traditional pork fat, and a tragedy: food poisoning.

Several Russian-language outlets reported that visitors of the “Green Day” festival in the Ukrainian city of Oleshky (Kherson oblast) suffered from food poisoning. The cause: an attempt to set a new Ukrainian record with a massive open sandwich weighing 200 kg and taking the shape of the Ukrainian national coat of arms. The sandwich was covered with salo, pork fat, a delicacy that every Russian-speaker associates with Ukraine. The story was sourced to “local media” without any links to their websites.

Ukrainian fact-checkers StopFake.org demonstrated that the story had no basis in reality. The chief physician of the local hospital denied the rumours about food poisoning, and so did the district state administration.

Wide reach of the story

However, the original story made it rather far on Russian media and was published by several outlets, for instance:
– Tabloid Komsomolskaya Pravda put it on its web portal dedicated to Crimea. Komsomolskaya Pravda is Russia’s largest newspaper and its principal webpage gathers 22-26 million unique visitors per month. Figures for the audience of the website on Crimea were not available.
– TV channel Zvezda. This network is run by the Russian Ministry of Defence. According to latest available data, it gets 7.5 million online visitors a month.
– TV channel Ren TV. This TV channel is part of the National Media Group and its website has more than two million unique visitors a day.
– Smaller online websites, such as Russkaya Vesna and PolitNavigator. 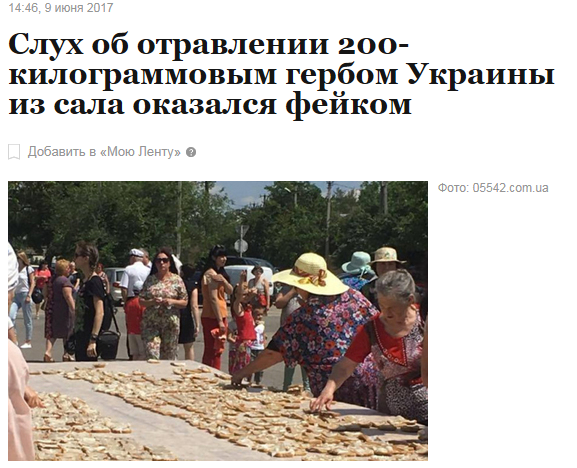 Online resource Lenta.ru published an article with the correct headline “Rumor about food poisoning caused by a 200 kg national coat of arms of Ukraine made out of salo turned out to be fake”.

Journalistic standards require media to correct the false information as soon as they become aware of it. Online resource Lenta.ru actually published an article with the headline “Rumor about food poisoning caused by a 200 kg national coat of arms of Ukraine made out of salo turned out to be fake”. But all articles above are still online and readers can still share them on social media. State TV channel Zvezda only added a paragraph to the end of the article, which says that later it turned out that actually no one had approached the local hospital. The headline of the article still says – falsely – that “a giant coat of arms made out of salo resulted in a food poisoning for tens of people”.