A Russian Top Politician Reaches for the Moon 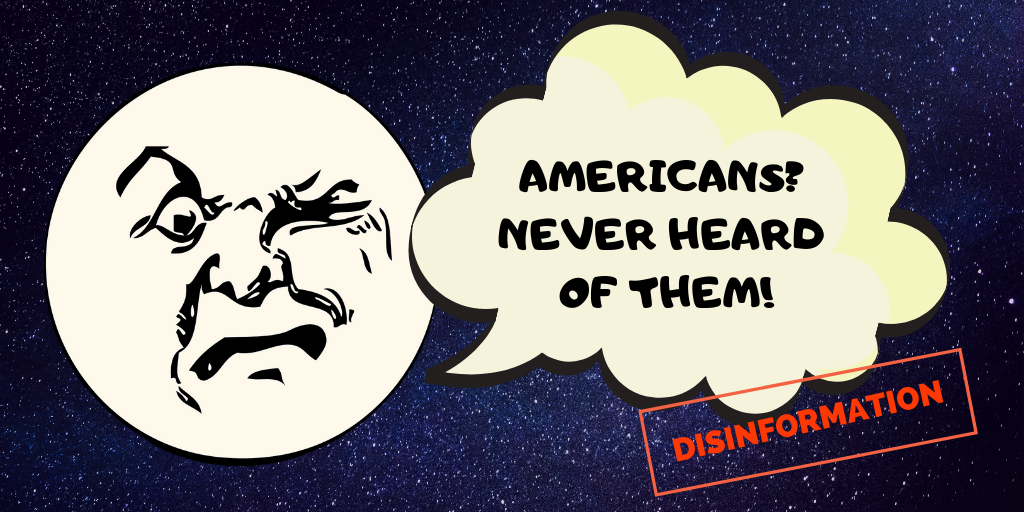 The Moon has fascinated people since the beginning of time. Poets, painters, soothsayers, healers and scientists have all used the Moon to explain the unexplainable. In ancient times, the Moon was thought to cause mental disorders – lunacy.

This year marks the 50th anniversary of the first manned moon landing. A giant step for mankind. We, as a species, reached out and grabbed the moon. And despite the fact that the moon is now within reach, it continues to fascinate us, provoke us and disturb us.

One person who is particularly fascinated by the Moon is the Chairman of the Russian Parliament’s Upper House Committee for Information Policy, Mr. Aleksei Pushkov; in short – a Russian Senator. Since November 2017, Mr. Pushkov has been the champion of a cherished Conspiracy Theory – The Moon Hoax. To the delight of his 361,000 Twitter followers he suggests that the Americans never went to the moon: “The flag is flapping”; “You can see a man without a space suit in the reflexion of the visor of the astronaut”; “No one can explain what happened to the rockets”

These conspiracy theories have circulated along with other similar science-fiction stories for decades. After all, the concept of conspiracies is a great topic for a thriller. It is exciting and thought provoking – EUvsDisinfo has written about conspiracies at several occasions.

What is interesting here is that Mr. Pushkov is not your general stereotype of conspiracy theorists. He’s not a member of the Flat Earth. No, Aleksei Pushkov is a leading Russian politician, Senator and Chairman of the House Committee on Information Policy. He is also the host of a TV show on Russian State owned national TV. Pushkov is an influential man with connections.

This is why people actually listen to him. Eventually, Dmitriy Rogozin, head of the Russian Space Agency, Roskosmos, had to confirm that Russia would check Mr. Pushkov’s claims as soon as the Russian moon expedition was ready; even that this was one of the reasons why Russia has initiated a Moon Programme. Rogozin is quoted by the St. Petersburg troll factory news agency FAN as saying “This is one of our missions: we will fly to the Moon to check whether they [the US] were there or not”.

When it comes to Mr. Pushkov, the sky’s not the limit. He continues to explore and support basically all conspiracy theories in the Big Book of Super Secret Secrets. Even the Kennedy Murder is there, both Kennedy Murders, actually.

Mr. Pushkov’s might be obsessed with it, but the Moon Hoax has been strongly refuted by Russian Cosmonauts. And one might doubt Mr. Pushkov believes his own claims. Pushkov cleverly mixes classical conspiracy theories – The Moon Landing, the Kennedy Murder – with unfounded US claims of Iraqi Weapons of mass destruction before the Iraqi operation in 2003, and cases where Russia is disputing well-documented facts of, for instance, atrocities performed by the Assad regime in Syria. All to convince the public that NOTHING the Americans say can be true. The only one who tells the truth is Aleksei Pushkov.