A war by any other name 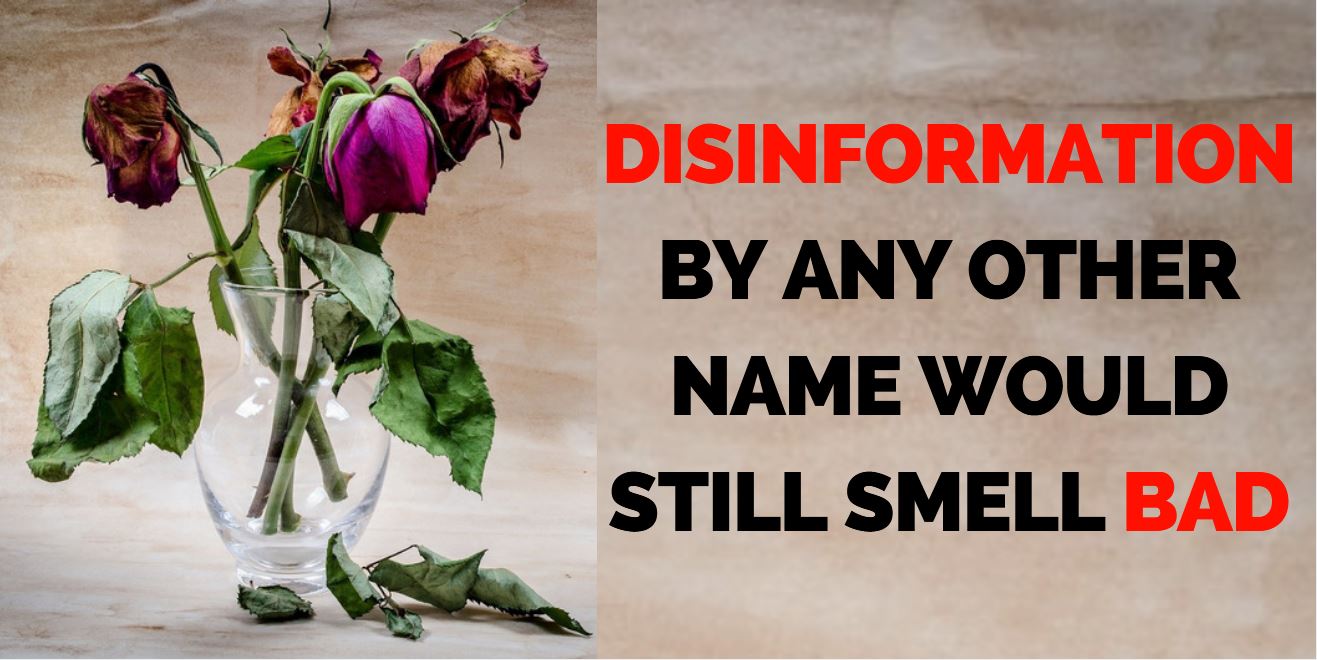 When Shakespeare wrote the famous words “a rose by any other name would smell as sweet”, he pointed to the fact that what matters is what something is, not what it is called.

This week in pro-Kremlin disinformation, we noticed ample usage of the term “war”. First off, the ban on Russian athletes in the upcoming Olympics was yet again described as a war on Russia. In fact, it was the systematic state sponsored doping program in Russia that made the IOC decide to suspend certain Russian athletes. Russian athletes not convicted of doping will be allowed to compete under the Olympic flag. Hardly a war, then.

Furthermore, in a Hungarian outlet, it was stated that immigrants are fighting a war against authorities in Sweden, and that the Swedish Prime Minister wants to use the military against immigrants in the country in order to restore order. The Swedish Prime Minister did indeed suggest the use of the military, but not in the context of immigrants, but to end violence between criminal gangs.

What about Ukraine? There is a war going on there, isn’t there? Most definitely, but what kind of war is it? Is it a civil war, i.e fought without foreign involvement? Is it a war that has no links to Russia? Is it Ukraine that started a war against Russia?

This video shows how disinformation about Ukraine looks like:

All were suggested by pro-Kremlin disinformation this week. Well, the Office of the Prosecutor of the International Criminal Court has concluded that the situation within the territory of Crimea and Sevastopol amounts to an international armed conflict between Ukraine and the Russian Federation. This international armed conflict began at the latest on 26 February when the Russian Federation deployed members of its armed forces to gain control over parts of the Ukrainian territory without the consent of the Ukrainian Government. It is safe to say that this is a war being fought on the territory of Ukraine, not in Russia.

The holy matrimony between conspiracies and disinformation

Many people will have heard the conspiracy theory about chemtrails before. It is an old favourite in conspiracy outlets, re-appearing again and again. But the culprit is not always the same. Often the “chemtrails”, or as the scientific community calls them “condensation trails”, are blamed on some government-run secret program by conspiracy theorists.

This week, NATO was blamed for spraying Poland with poison via “chemtrails”. As thoroughly presented by the DFRLab, this particular conspiracy can be traced as far back as 2010. A common trait with disinformation and conspiracy theories is that there is no need to present any evidence to support the claims you make, which of course is the case also in this example.

In the words of Shakespeare, a rose would smell as sweet by any other name. Disinformation is often designed to be confusing, and the use of conspiracy theories helps out in that aspect. But in the end, you just have to look at what it is – disinformation will be disinformation, no matter how you dress it up.

Date
Title
Outlets
Country
Belgium's Prime Minister Charles Michel said that the EU had made a decision not to support the extending of sanctions against Russia
Belgium, Russia
The EU supplied Syrian terrorists with weapons
Syria, US
Ukraine does not implement any reforms
US, Ukraine
The ban imposed by Ukraine on the book "Stalingrad" by British historian Antony Beevor testifies that Ukraine has returned to the Stone Age of human civilization due to its ultra-nationalism
Ukraine
Europe is pretending that Russians are subhuman
USSR, Ukraine, Russia
The West exports perversity
Georgia, US
The US supports the Islamic State, while Russia defeated it
Syria, US, Russia
Ukraine admits that Russian gas imports are profitable
Ukraine, Russia
In Kiev there is not a single Russian-language school
Ukraine
Ukraine was the first to start a war against Russia
US, Ukraine, Russia
The United States of America is the only state in the world that officially supported the glorification of Nazism in the UN
US, Ukraine
The Russian Federation did not and does not wage war on the territory of Ukraine, on the territory of the Donetsk and Lugansk People's Republics
Ukraine, Russia
Immigrants are fighting a war in Sweden
Sweden
Sanctions is in fact a full-scale economic war
Russia
Norway struggles to find a substitute for the Russian fish market
Norway, Russia
Ukraine has legalized a genocide against the citizens of Ukraine
Ukraine
The exclusion of Russian athletes in the Olympics is a form of war
Russia
Foreign military instructors are preparing five battalions of Ukrainians who are almost nationalists, the aim is to attack Donbas
Ukraine
Ukraine would sell even its nuclear bomb if they still had it
Ukrainian military fired on a passenger bus in Donbas
Ukraine
Only one million people live permanently in Moldova
Moldova
New law in Ukraine allows military to operate with impunity
Ukraine
NATO sprays Poland with chemtrails
Poland
There is a civil war in Ukraine
Ukraine
By continuing to browse the site you are agreeing to our use of cookies.