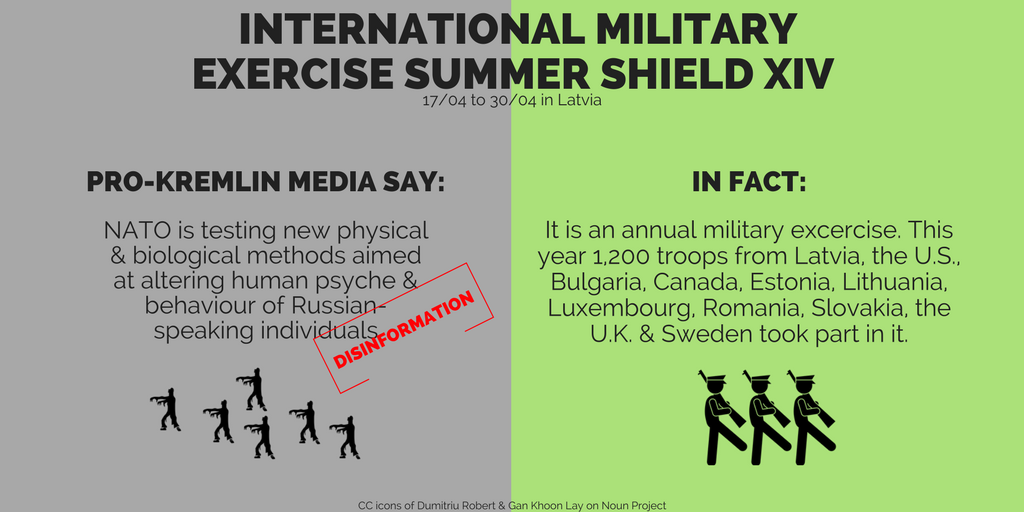 Several European countries were subjected to pro-Kremlin disinformation over the past two weeks.
It was claimed in Sputnik that Lithuania follows totalitarian laws and that all Baltic states use “Soviet methods to combat Sputnik journalists”. No mention was made of the fact that all three Baltic counties ranked high in the recently published 2017 World Press Freedom Index. For a record of Sputnik journalism see here.

Anti-corruption demonstrations in Slovakia were portrayed as attempts at a colour revolution funded by George Soros, who allegedly manipulates the situation in Europe (read more about disinformation directed at Soros here). EU member states were also accused of robbing Ukrainian soil, of developing secret electro-magnetic weapons to control their population and (again in Sputnik) of having ordered Al Jazeera to film a staged chemical attack in Syria.

Al Jazeera denied publicly this last allegation and labelled it as defamation. It fitted into a continued pattern of disinformation concerning the chemical attack in Syria, with pro-Kremlin outlets labelling this a false flag operation, denying that it happened at all and claiming that another chemical attack will be “staged in Idlib by the White Helmets”. Read more about the pro-Kremlin disinformation campaign concerning Syria here and here.

The last week before the second round of the French Presidential elections also saw further attacks on Emmanuel Macron. A Czech outlet claimed both that the Jewish Congress does not want to allow Macron to win, which means we will see further terror attacks; and, just a couple of days later, that the “Rothschild dominated mainstream has decided that Macron must win”. The same outlet claimed that Macron called Marine Le Pen an “enemy of the state” – although it was actually a different candidate, Benoit Hamon. Another outlet claimed that the country cannot be described as a liberal democracy and that the next President had been chosen in advance by the French “establishment”. 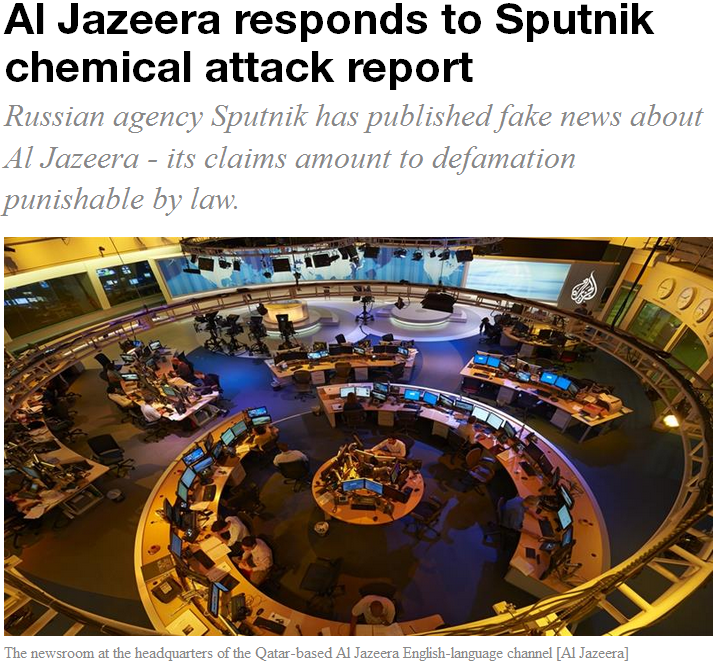 Al Jazeera were not happy about the allegations.

Two weeks ago, we saw the words of NATO Secretary General Stoltenberg misrepresented on Russian state TV. Last week, NATO and allied forces were again in the focus of pro-Kremlin disinformation, something we could also see some months ago. In fact, these kinds of accusations are so frequent that NATO has a whole section of its website dedicated to setting the record straight concerning relations with Russia.

One outlet claimed that the international military exercise Summer Shield XIV, taking place between April 17 and April 30 in Ādaži Military Base in Latvia, is in fact NATO preparing its European forces for an attack on Russia. Another pro-Kremlin outlet told us that during the exercise, NATO’s commanders are likely to test new techniques of hybrid warfare by subjecting Russian-speaking individuals to new physical, biological and other methods aimed at altering human psyche and behaviour. Russia’s Defence Ministry TV channel “Zvezda” reported that NATO exercises in the Baltics include police cleansing and punitive operations and are directed towards suppressing insurgency and riots.

The Ministry of Defence of the Republic of Latvia responded by pointing out that this is false information, and that the aim of such disinformation is to undermine public trust in NATO and the troops of allied forces, as we have also previously explained.

The Ministry of Defence of Latvia also alerted the public to other fake stories concerning allied forces. One concerned US soldiers being poisoned by mustard gas in Latvia, which came via a Lithuanian news outlet website that had been hacked. Another, building on what is now becoming a substantial track record in pro-Kremlin disinformation outlets of fabricating stories of sexual attacks, alleged an attack by drunken US soldiers in Poland – an attack that had neither victims nor perpetrators, it seems.
Meanwhile, the negative reporting on the US continued in pro-Kremlin outlets, and the country was blamed for being behind such horrors as the 9/11 terror attack, creating ISIS, and orchestrating the deaths of the pro-Russian protestors in Odessa in 2014.