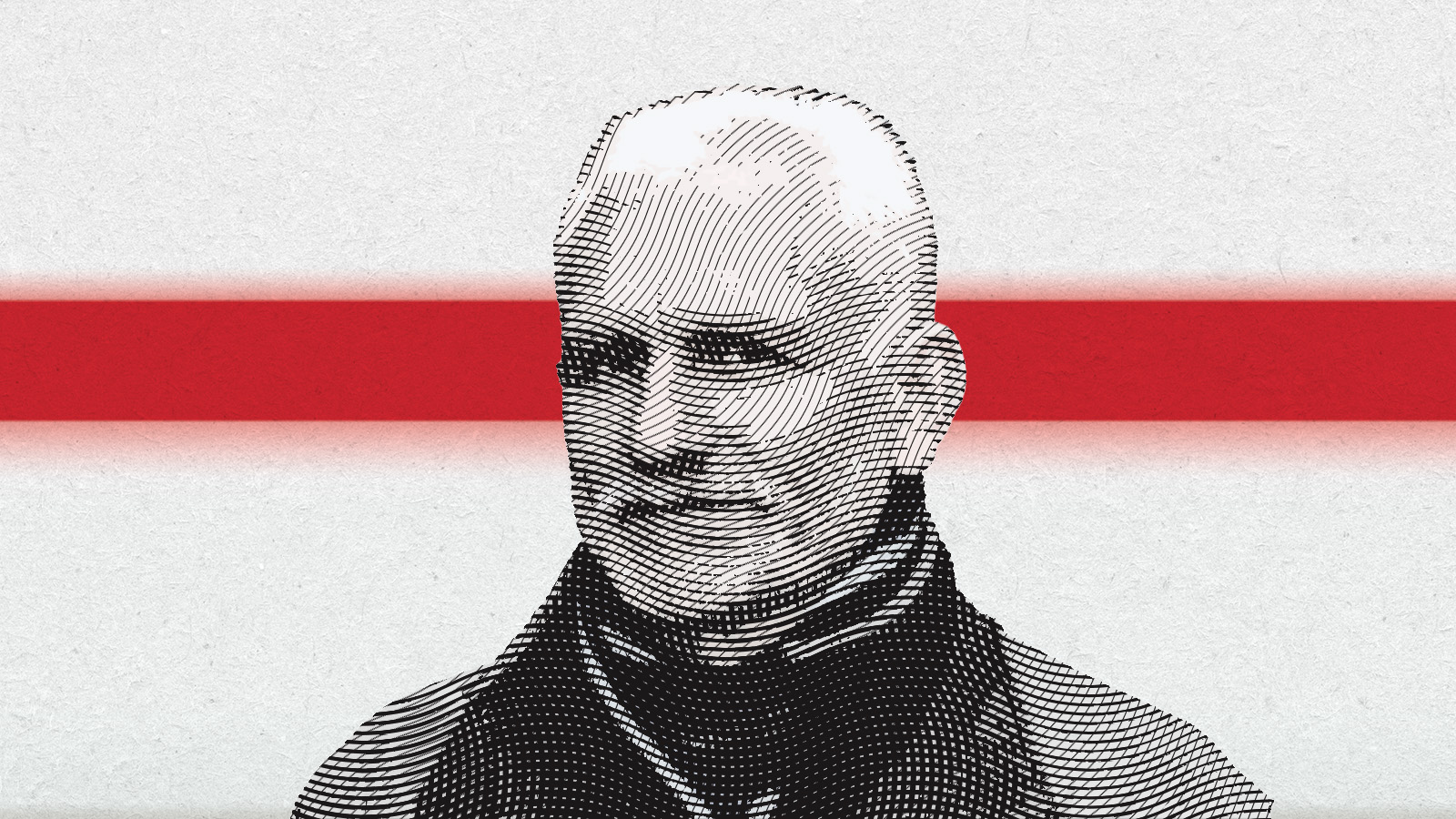 On 7 October, the Norwegian Nobel Committee sent an inspiring message of encouragement at a crucial moment to the global human rights community by honouring Ales Bialiatski, the Russian human rights organisation Memorial, and Ukraine’s Center for Civil Liberties with the 2022 Nobel Peace Prize. Bialiatski is a Belarusian pro-democracy activist, well-known for his work with the Viasna [‘Spring’] Human Rights Centre.

The award is heartening news for the entire Belarusian pro-democracy movement including independent media activists.

Bialiatski was among the early founders of the pro-democracy movement in Belarus in the 1980s. He set up the Viasna Human Rights Centre in 1996, two years after Lukashenka became president. The organisation has successfully continued its human rights activities ever since, despite the heavy reprisals faced by its members and volunteers.

Bialiatski was jailed from 2011 to 2014 on dubious charges and was imprisoned again in July 2021, making him the fourth imprisoned laureate in the history of the Nobel Peace Prize. For years, human rights advocates – including, most recently, UN experts on human rights issues – have made strong calls for his release.

Regardless of the international recognition of their crucial work, pro-democracy activists continue to be heavily repressed by the Lukashenka regime. See our account of the key developments in the repression of independent media and activists during March – August 2022 here. See further below about Viasna’s report from September.

Upon his release from prison in 2014, Bialiatski gave a long interview to the Belsat TV channel during which he spoke about the dangers of the anti-Ukrainian smear campaign in Russian media. He also warned of the Kremlin’s use of the ‘Russian world’ (Русский мир) concept towards Ukraine and Belarus and of the revival of imperialism in Putin’s Russia. In the same interview, he said that Belarus’s independence should not be taken for granted.

Eight years later, Belarus’s sovereignty under Lukashenka’s rule is under pressure from Russia. Moscow uses Belarusian territory in its military aggression against Ukraine, as launch sites for missile attacks, and most recently as a training ground for a ‘joint Russian / Belarusian regional group of forces’. Echoing Putin, Lukashenka claims that Belarus is facing Western ‘sabotage and provocation’. Bialiatski’s warnings appear close to visionary.

The hours-long silence of regime-controlled media and officials following the Nobel Committee decision was broken with a statement from Belarusian Foreign Ministry spokesperson Anatoly Glaz. According to his comments to Russian state agency RIA Novosti, ‘in recent years, a number of important decisions – and we’re talking about the Peace Prize – of the Nobel Committee have been so politicised, that, I’m sorry, Alfred Nobel got tired of turning over in his grave.’

While state-owned Belarus media have tended to overlook the 2022 Nobel Peace Prize, key regime propagandists have not ignored the news in their Telegram channels. One called Bialiatski a ‘little-known prisoner and a charlatan’. Another regime-controlled Telegram channel wrote that the Nobel Peace Prize was shared by ‘Belarusian Polizei, Russian Vlasov supporters and Ukrainian banderivtsi’.

The latter post drew a ridiculous link between today’s human rights defenders and Nazi collaborators during World War II, a classic discrediting method used by the pro-Kremlin disinformation machine. The idea is, anyone opposed to the Belarusian or Russian regimes is a Nazi.

Svetlana Alexievich, the 2015 Nobel Prize winner in Literature, left Belarus for fear of politically motivated persecution in late 2020. Prior to her departure, she was the last presidium member of the Coordination Council, led by Sviatlana Tsikhanouskaya, who was not in exile or under arrest. 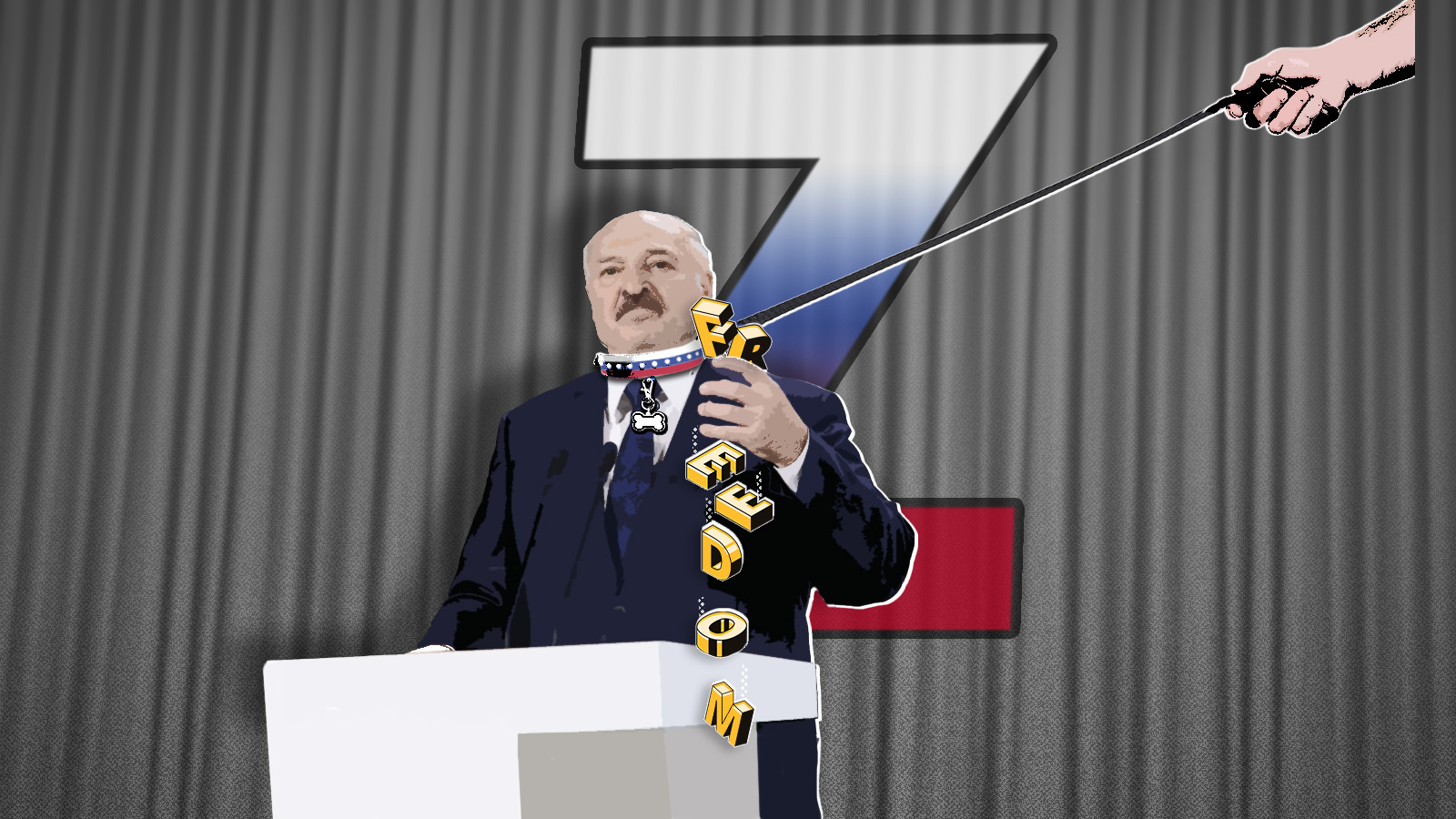 The Viasna organisation has been under constant attack from the Belarusian regime for over two decades, and the situation took a serious turn for the worse following the rigged 2020 presidential election in Belarus. Six human rights defenders are in prison. Ales Bialiatski and two of his colleagues are currently facing up to 12 years in prison if convicted of ‘smuggling’ and ‘financing group actions that grossly violate public order’. Both charges are absurd and politically motivated.

Meanwhile, several other Viasna members have already received draconian sentences. In September 2022, 27-year-old Marfa Rabkova, coordinator of Viasna’s volunteer service, was sentenced to 15 years in jail in a politically motivated trial behind closed doors – the longest term passed to a human rights defender in Belarus.

Despite heavy acts of repression against Viasna members and volunteers, the organisation’s activists continue meticulously documenting human rights abuses and providing support for political prisoners and their families. Despite Viasna’s social media accounts being labelled as ‘extremist’ – the label that hundreds of NGOs and media outlets in Belarus have received lately – the team have a loyal audience with more than 12,000 followers on each platform like Telegram, FB, Twitter, and Instagram. Members continue posting daily updates, remaining the most reliable source of data and advice for those being persecuted/repressed. Although blocked by Belarusian authorities, Viasna’s website is accessible with a basic VPN. , also continues functioning and publishes regular reports on the human rights situation in Belarus.

According to Viasna, as of 1 October 2022, a total of 1,324 political prisoners were being held in Belarusian penitentiaries. Viasna’s latest monthly report, released in September 2022, says that it now recognises an additional 44 imprisoned persons as political prisoners.

Viasna’s September 2022 report reviews cases of en masse prosecution for anti-war protests and views, the use of torture and maltreatment in the course of politically motivated criminal investigations, court trials for the expression of opinions and critical comments online, and other types of widespread human rights abuses in today’s Belarus. Among other examples, the report describes the case of a 70-year-old man who was sentenced to six years of imprisonment for posting ‘insulting’ remarks online against Lukashenka, state officials and judges.

With Russia facing growing military pressure from Ukrainian counteroffensives, will the Russian and Belarusian regimes’ claims of Western or Ukrainian ‘provocations’ be manipulated to engineer another front against Ukraine in the north? Will the regimes in Moscow and Minsk drag Belarusian society into the war, with yet more repression? A path clearly seen in Russia.

Some words to live by

Even if Bialiatski is in prison, his words ring out. In the video interview posted on the Nobel Prize account, he says: ‘I hope that Belarus will become a full member of the European family of nations. That is my greatest dream.’

On the Nobel Prize FB account, he also says, ‘We have high goals for our work, and that takes a huge amount of effort. And it also takes a lot of suffering and patience.’

One of his colleagues once said, ‘When I feel hopelessness, despair, when I don’t see the light, I remember Ales.

’Bialiatski himself has often said, ‘I’m sure that democracy will win.’

May Ales’s hope come true and may he be in Oslo in person on 10 December to receive his Nobel Peace prize.

Read more in our section about Belarus