Skip to main content
Read this article in Русский
News and analysis
March 29, 2021 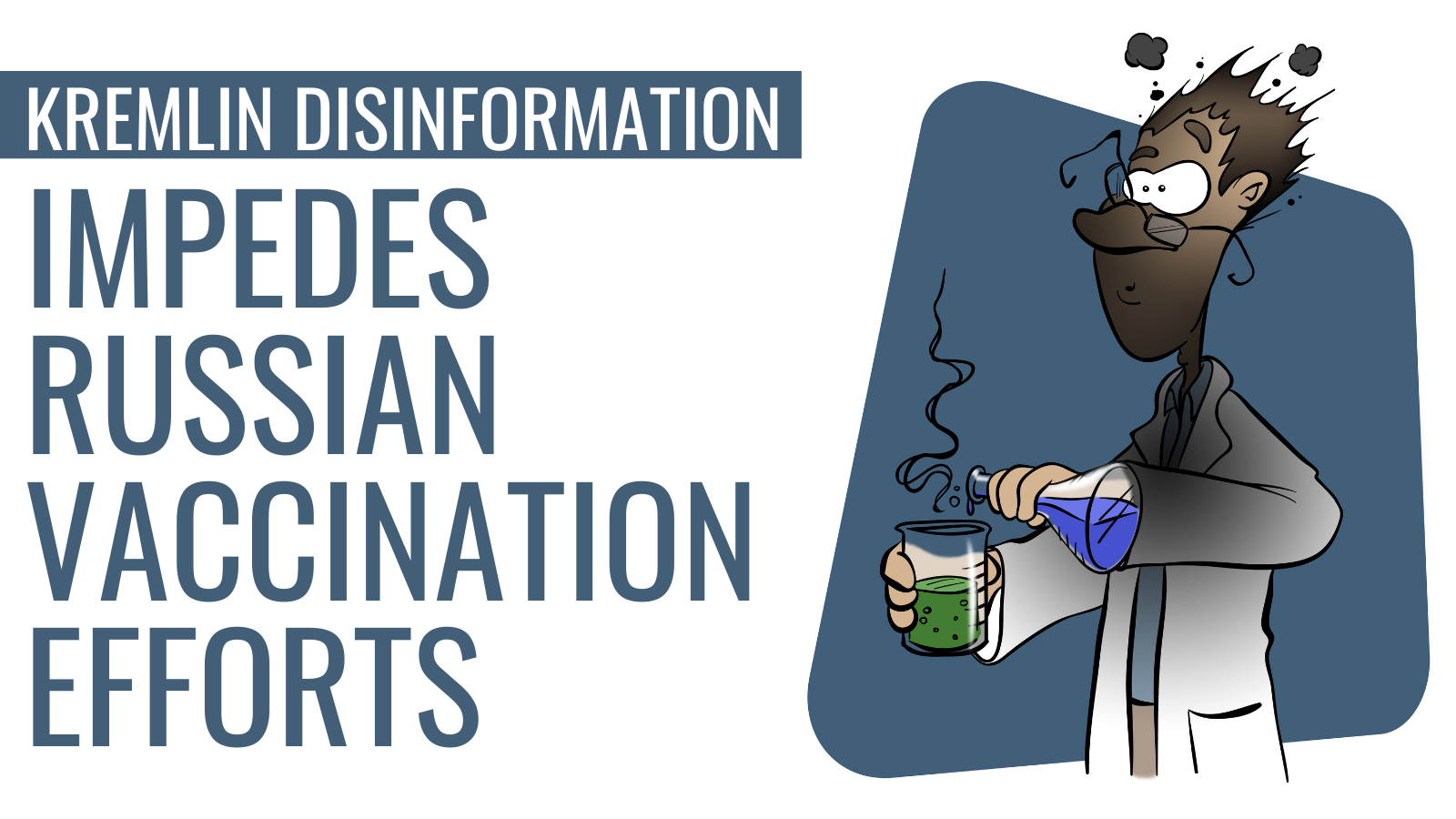 The Kremlin disinformation on the coronavirus and the vaccines aims at sowing distrust in international organisations, Western institutions and the health care system. But the campaign targeting the West seems to have backfired. Independent Russian media warn that the Kremlin disinformation has created a dangerous situation for Russia’s domestic vaccination campaign.

Pro-Kremlin media, owned or editorially controlled by state institutions, have been instrumental in spreading disinformation, both on the pandemic and on the vaccines. The first case of disinformation on COVID-19 was documented in Kremlin controlled, state-owned Sputnik’s Belarusian edition on 22 January 2020.

Since then, EUvsDisinfo has documented several types of disinformation on the pandemic, for instance:

And similarly, disinformation on the vaccine:

The EUvsDisinfo database contains close to 800 documented cases on the coronavirus and over 200 on the vaccination. The coronavirus outbreak is the largest single topic for disinformation since the database was established in 2015. The aim is to sow distrust in Western institutions. But here comes the proverbial stick with two ends: the Kremlin’s attempts to poison a Western audience with disinformation seems to have backfired.

Pro-Kremlin media are careful to describe dangerous side effects of Western vaccines – but the result is that the Russian audience now is shunning away from vaccination altogether. The St. Petersburg-based outlet Fontanka.ru is quoting independent demographer Alexei Raksha:

This is a result of the authorities’ propaganda. For years, they have distributed various conspiracy theories through the national broadcasters. This has become a part of the life of Russian TV audiences. This peaked with the anti-COVID propaganda, discrediting foreign vaccines and methods to fight the pandemic. Now people are entirely confused and do not know what and whom to believe.

Russia declared at an early stage that a vaccine was ready, and that Sputnik V was cheap, accessible and efficient. Questions on transparency on the development, testing and clinical trials were regularly waved off as “Russophobia”. Russian officials simply repeated talking points on the success of the Sputnik V and Russia’s efficient way of handling the pandemic.

Mr Raksha, a former employee of the Russian Statistics Agency, Rosstat, notes that the official statistics related to the impact of the pandemic in Russia are dramatically doctored. The official number of deaths is, late March 2021, around 96,000. Still, Rosstat declares a sharp increase in excess mortality in 2020:

Almost 100 per cent of the excess mortality last in both Moscow and St. Petersburg last year was due to COVID-19 as the direct or important factor causing the death. The authorities confirm this. But in the rest of Russia, the excess mortality is 5.5 times higher than the number of deaths from COVID-19. Such a staggering discrepancy between the official numbers and the actual situation affects the campaign for vaccination. When the dangers with COVID-19 are permanently downplayed, people will believe the official numbers of 80,000 and not the estimated 340,000 – 430,000 deaths. They will think “Well, it’s not that bad here, it’s worse abroad; why get the vaccine?”

Russia is not publishing official statistics on the vaccination rates. Russian officials do frequently bring forward the success of the campaign, but fail to share any sources for their claims. The Johns Hopkins University is internationally renowned as a reliable source for statistics on the pandemic, follows the global campaign for vaccination. According to data from late March, just over 2 per cent of Russia’s population is fully vaccinated. The average for the EU is 3.56 per cent, with Denmark in the lead with 5.59.

The independent polling institute Levada published in early March a survey, showing that 62 per cent of the population are not ready to get vaccinated. This hesitancy is stronger in the youngest segment of the respondents.

Mr Raksha suggests the Russian authorities launch a campaign for convincing Russians to get vaccinated:

We need a marketing campaign. Putin must get the vaccine; the national broadcasters must stop bad-mouthing foreign vaccines.

Russia’s president did get a jab on March 23, but refused to allow imagery from the procedure to be broadcasted. The Kremlin press service has not even disclosed what kind of vaccine was distributed to the Russian Head of State. A state broadcaster has announced that a TV show with Oscar-winning director Nikita Mikhalkov will return to the network. Mikhalkov’s show was put off air after claiming the virus is an evil plan of Microsoft’s founder, Bill Gates. One can expect more conspiracy theories returning to national broadcasting.

Attacking the West is more important than caring for the life and health of the Russian people. 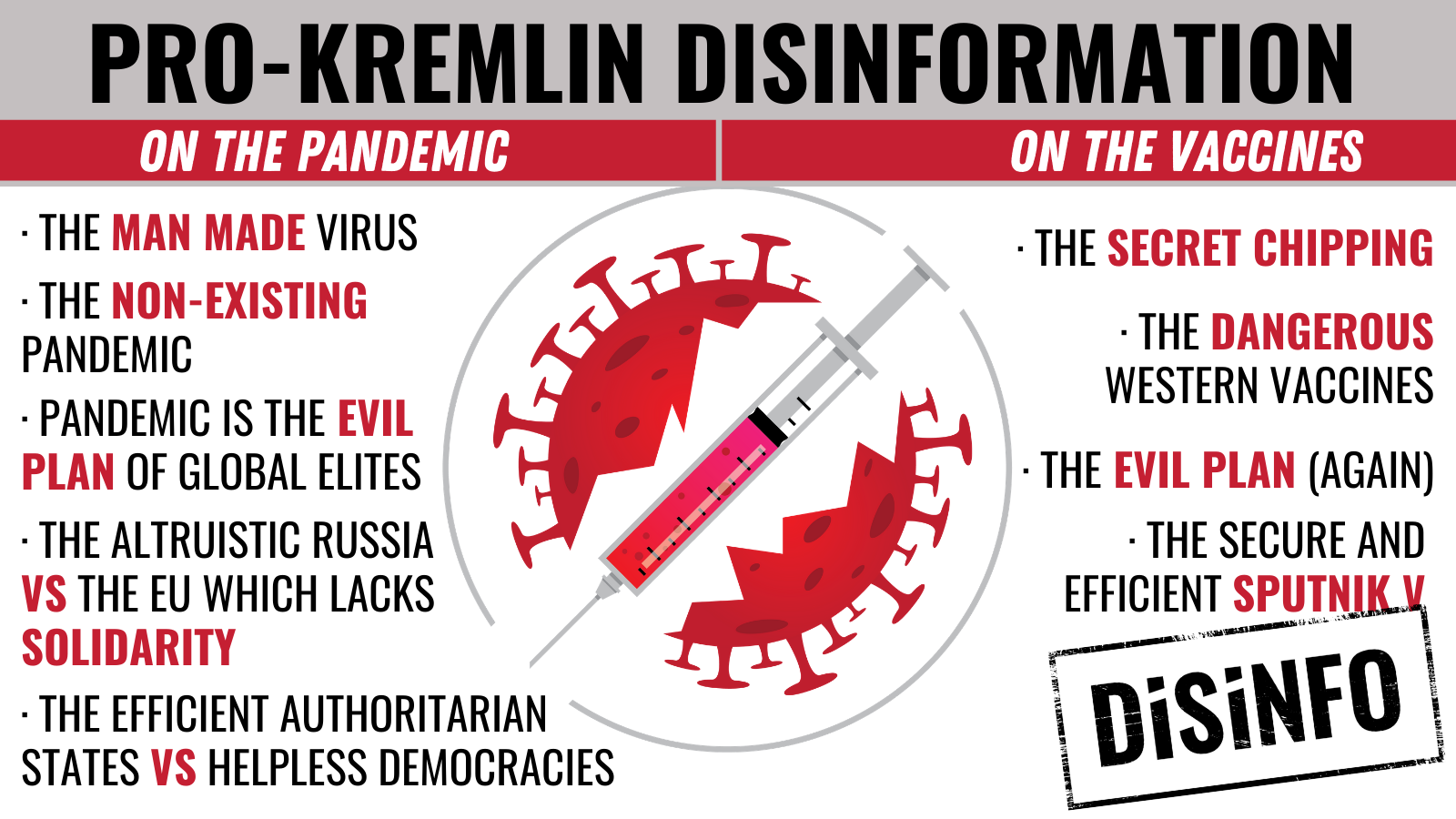