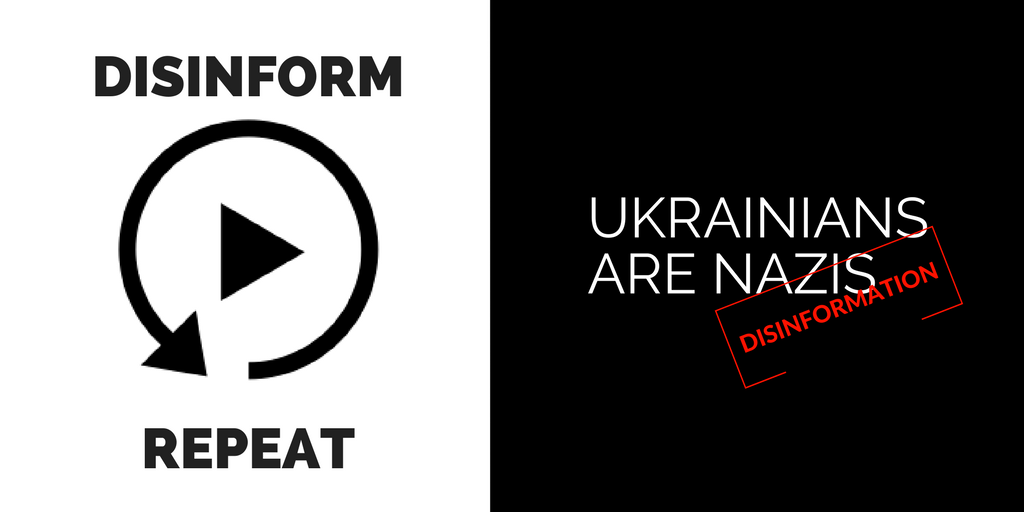 The overwhelming majority of disinformation we have seen over the last two weeks is focused on that perennial target: Ukraine. We have seen several of the usual narratives: “Ukraine is not a state”, “Ukraine is abandoned by Europe”, “there is no Ukrainian independence”. But the most repeated piece of disinformation was the old favourite linking Nazis and Ukraine. So, the country was accused of being a neo-Nazi monster created by the West, as well as being occupied by Nazis who follow in the footsteps of Goebbels. There was no specific mention of the actual occupation of parts of Ukraine (see page 35 in the study).

German Foreign Minister Gabriel was also targeted by disinformation outlets, as he congratulated Ukraine on its independence day by using the words “Slava Ukraini” – meaning “Glory to Ukraine” – on Twitter. These words were quickly reported as a supposedly “well-known” Nazi slogan from the Second World War, in another case of inventive historical revisionism. In fact, the term Slava Ukraini has been used at least since 1919, and it became popular again in Ukraine after the 2013-2014 Maidan protests.

Ukraine was also presented as a victim of the “Evil West” in some outlets – another recurring disinformation theme. As we described thoroughly earlier this week, the infamous hacker group CyberBerkut (see page 39) claimed to have proof that Ukraine is merely a testing ground for secret US experiments. Of course, there was no proof presented of these alleged biological testing sites, a claim that we have seen several times before e.g here; and here.

Earlier this summer, the same story popped up in Armenia – as described in this report by the Union of Informed Citizens NGO. In a similar story, a Czech outlet claimed that an outbreak of measles in Ukraine was caused by US labs producing biological weapons.

Manipulation as a method

Both Georgian and Russian outlets published a supposed scoop this week – that the former chief of British intelligence service MI6 disclosed Western plans for Russia’s fragmentation in an interview with the Guardian newspaper. 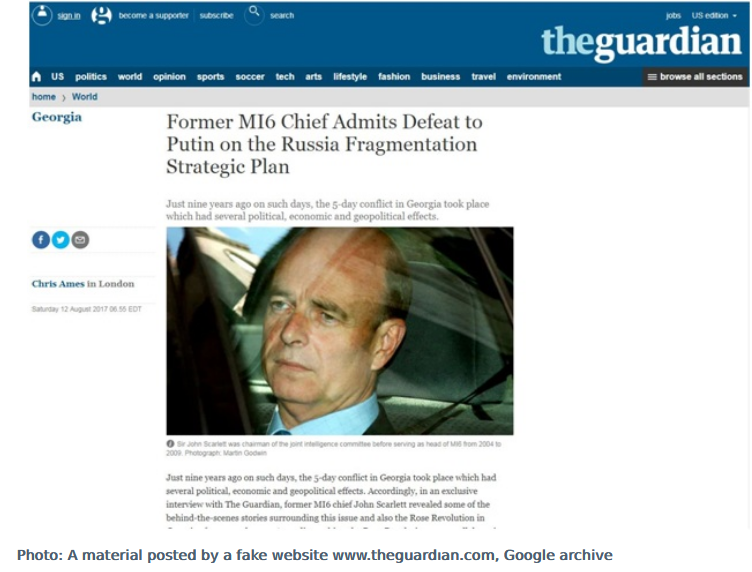 This was manipulation, indeed. Not the plan referred to, revealed in an interview which in fact never happened and was never published by the Guardian. But the manipulation of using a stooge website to trick us into thinking that we were reading a genuine Guardian article. It is a trick we have written about before here and here, and it can be a very effective way of spreading disinformation, since it is more likely to get picked up by real media if it parades as real media.

This time, the damage seemed relatively easily averted, since the Guardian quickly debunked the story. And yet, a full five (!) days later, the fake article still made its way to Russian state TV. It was Vladimir Solovyov, the host of one of Russia’s most popular political talk shows, who referred to the article, claiming: “some say it’s true, some say it’s not”. In a classic method of pro-Kremlin disinformation, he later suggested that it was almost impossible to know what the truth is nowadays.

But it’s not. You just have to look at the facts – and want to. 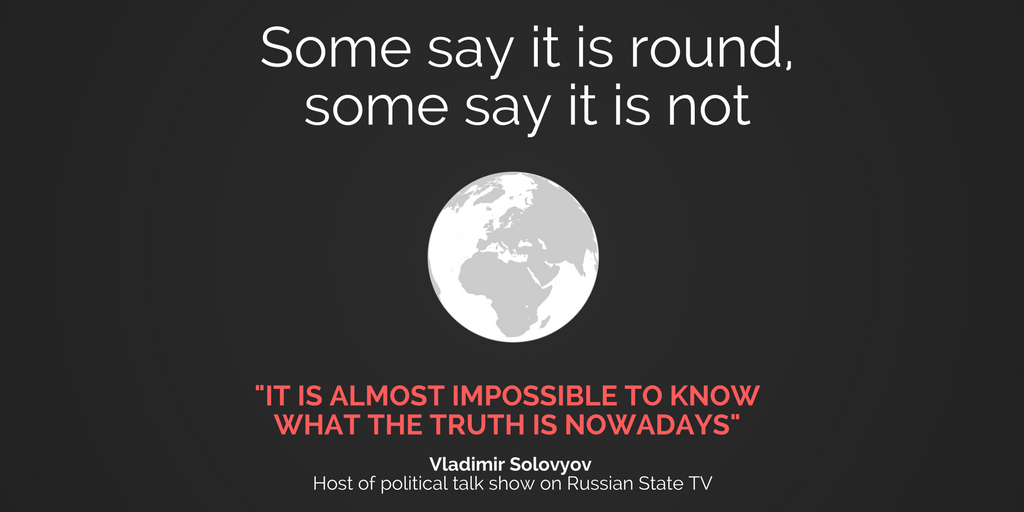