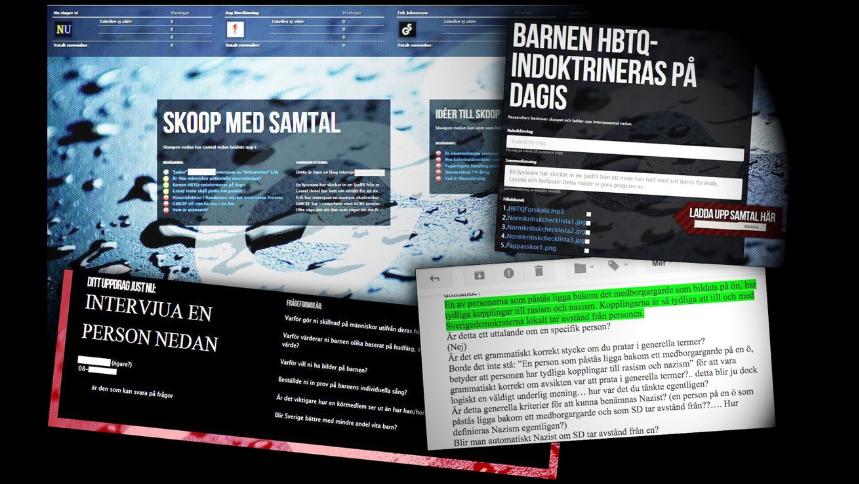 Last week, we described how trolling and personal intimidation towards journalists and commentators is the most prominent form of propaganda in the Nordic countries. The conclusion was confirmed in a story published last Thursday by the Swedish daily Eskilstuna Kuriren. For the first time, Swedish readers could go behind the scenes and learn about how work is done at a Swedish troll factory.

– Hi, I’m Janne.
– Hello.
– I’m reading this article ‘Security guard attacked at the Fröslunda shopping mall’. Why don’t you just write the truth? According to the police report, it was the foreigners who did it.
– But that’s not relevant to the story, is it?
– It’s … It is relevant. It is important to let people know who they are.

The caller, who claims to be a concerned citizen, is in fact a troll who secretly records his conversation with the journalist, edits it and then publishes it on social media. In Eskilstuna Kuriren we read that Swedish trolls primarily target journalists; that they develop and use scripts for their telephone conversations; and that the trolls are paid 1,000 SEK (110 EUR) when their recorded telephone conversations obtains enough ‘likes’ in social media. We read that the trolls work with manuals that instruct them to edit the recordings to make them as “entertaining” as possible. We also read that the people behind the troll factory belong to Swedish racist and extreme right wing organisations.

In order to obtain information about the organisation behind the trolls, Swedish journalist Mathias Ståhle went undercover. Claiming to be “Johan” and joining a number of extreme right wing communities in social media, he quickly earned the trust of those who control the Swedish troll factory. Here are some examples of the instructions he received from his superiors in the trolling community:

“Would you call the Church of Sweden and ask about their positive views of gays? Jesus said that men should not sleep with men, but now the church marries gay men and has even gay couples within the clergy. Maybe that could be something?”
Or:
“You could call any major newspaper … and ask if there is really nothing newsworthy in all the thousands of e-mails about Hilary’s smuggling of weapons, coup makers, corruption with the Clinton Foundation, links to the Rothschilds and Soros, etc. etc. You could call and … question whether they intend to write, for example, that Hilary’s employees seem to have been running a paedophile ring inside the closest circle around Hilary.”

Johan’s boss at the troll factory also suggested that the newcomer troll should call the Washington correspondent of a major Swedish newspaper and an expert commentator and challenge claims that Russia authorities have been involved in leaks and hacking.

The investigation ties the trolling network to the extreme right wing in Sweden via identifying shared internet servers. The agenda of the political movement affiliated with the trolls is, according to the investigation, “xenophobia and Islamophobia”, combined with promotion of commentators who “support Russia after the occupation of the Crimea and the Russian-backed civil war in Ukraine”.

The journalist behind the investigation has had access to the trolling network’s online newsroom where ideas and work in progress is shared alongside instruction manuals and scripts for telephone conversations. As opposed to the trolls, journalist Mathias Ståhle ends his undercover work by revealing his true identity to the people in the trolling network whose trust he successfully obtained.

What is the size of this organisation? Eskilstuna Kuriren ends their piece by asking that question to Jack Werner, co-founder of the popular Swedish fact-checker Viralgranskaren. According to Werner, the organisation is possibly limited in size, but a central part of its strategy is to make itself look very big: “The aim of propaganda is to respond to light so as to make the shadow it casts is as large as possible. If you really want to give the impression that your side is the largest, most dedicated and most passionate, it requires more work, for example, you will need to spend days and nights writing comments in the internet. When [Swedish investigative team] Research gruppen in 2013 examined the comments published in a number of the larger right-wing sites, they showed that only 183 individual writers accounted for 366,291 comments from a total of half a million. That means 2,000 comments per person, and gives a very different picture of how widespread the opinions of their side really are.” (Image: Eskilstuna Kuriren)