Skip to main content
Read this article in Русский
News and analysis
July 22, 2020 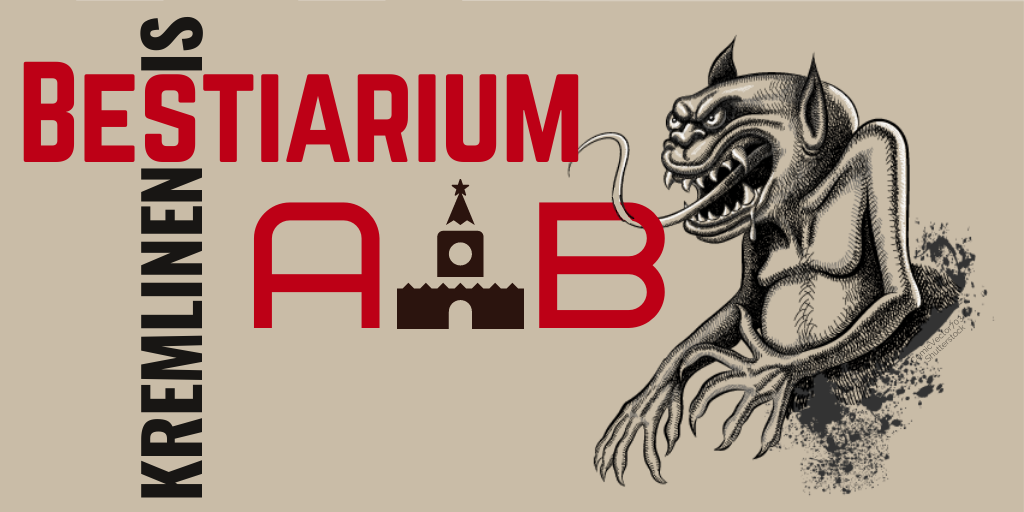 Fear is the main element in the pro-Kremlin disinformation ecosystem. The EUvsDisinfo has earlier outlined a few of the phobias, plaguing the pro-Kremlin media. In a series of articles, we will continue to explore the nightmares of the Kremlin’s State of Fear and present the Kremlin Bestiary.

The Anglo-Saxon is, together with the Banker, one of the longest-living beast in the Kremlin’s menagerie of monsters. It acts independently or jointly with other beasts; it can even assume the shape of other beasts, appearing as the NATO, the Liberal, or as minor beasts like the Balt. The Anglo-Saxon’s distinctive feature is its ability to shape-change. An attack can be fiercely violent or seductively soft; the Anglo-Saxon will use melodies and colourful pictures as weapons, just as well as hot lead or cold steel.

The Anglo-Saxon avoids direct conflict; it has actually never faced-off in direct confrontation with the Kremlin. The Anglo-Saxon’s ability to disguise and shape-change can be misunderstood as a genuine act of friendship. But the Anglo-Saxon will always betray its allies if it can gain from it.

The Anglo-Saxon in the EUvsDisinfo Database on Disinformation

The Balt is a beast that despite its relatively small size, constitutes a major threat to the Kremlin. The Kremlin’s beast hunters are devoting an impressive amount of time and energy for hunting the Balt. For several years, the Kremlin was convinced that the Balt had been defeated once and for all, but this little rascal proved to be a much harder nut to crack than expected.

The Balt’s major feature is its ability to survive. This feature was not known to the generation of Beast Hunters that managed to capture the Balt and so they believed to have defeated it. The Balt actually survived the generations of Kremlin Beast Hunters. The danger with the Balt is that it exposes weaknesses of the Kremlin.

The Balt’s small size is both a strength and a weakness. Obviously, the Balt is not a danger to the existence of the Kremlin, but it moves fast and strikes painfully and its defiant attitude is irritating.

Weakness: Small, not really a threat

The Balt in the EUvsDisinfo Database on Disinformation

The Banker is an arch-enemy of the Kremlin. Some of the pro-Kremlin beastiologists argue that the Banker is the primordial enemy, predating any other beasts; while others give the priority to the Anglo-Saxon. The Banker is rarely acting on its own; but uses proxies for carrying out its destructive work. The Banker is a solitary and secretive beast, but is known to convene with its kind regularly to avoid conflicts of interests.

The Banker can act from large distances; it does not need to be anywhere near any of its actions. The proxies might even believe they act independently, while they are under the influence of the Banker’s venom: gold. This venom is highly addictive; once bitten, the victim will thirst for new doses of gold.

The Banker habitates in banks, where the Banker collects its spoils. Kremlin beast hunters have successfully entered banks for retrieving riches and engaging the Banker in combat. Bankers have been caught and exposed only to reappear at an entirely new location. The Banker is easy to defeat, but virtually impossible to exterminate.

The Banker in the EUvsDisinfo Database on Disinformation