Brexit: What’s in it for Russia? 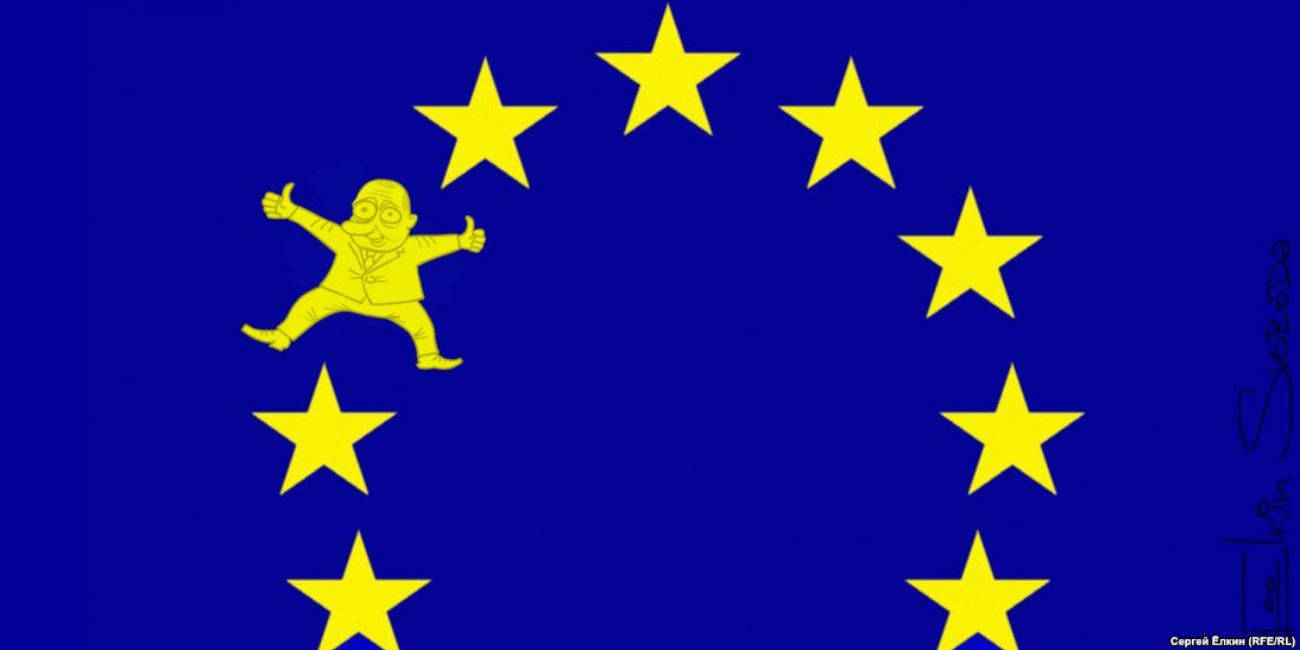 Brexit as seen by Russian caricaturist Sergey Elkin, via svoboda.org.

Russian discussions have focused on the question: “What’s in it for Russia?”

Lifting the sanctions?
Leading daily Kommersant concluded that “Brexit gives new trump cards in Moscow’s hands. The UK’s exit may temper the ambitions of the EU and push it towards a policy that will lead to an end to the sanctions.”

Triumphant notes came from Alexey Pushkov, Head of the Duma’s Foreign Affairs Committee, who called the referendum result the “Western voters’ revolt against the ruling system and traditional politicians” on Twitter. Russia’s largest newspaper, tabloid Komsomolskaya Pravda interviews an expert who argues that Brexit is the result of conspiracy by the Rothschild family.

The Russian blogosphere also discussed vividly. Leading the ranks of pro-Kremlin opinion formers, Russian Foreign Ministry spokesperson Mariya Zakharova reiterated the popular Russian idea that EU foreign policy is under US control, and blamed the UK for being the strongest lobbyist for sanctions against Russia. Zakharova compared the UK to a host who refuses to pay the restaurant bill, leaving it up to his guests to pay the price (for the sanctions against Russia).

Cutting transatlantic ties?
Among independent voices, commentator Yulia Latynina called the result of the referendum “an uprising against Brussels” and compared the EU to the Soviet Union, calling it “an enormous socialist state”.

Alexander Baunov of Carnegie Moscow also examined Russia’s stake in Brexit, claiming that Russia was rejoicing in the Brexit.

He makes the case that Russia has contradictory interests: The country is in fact, he said, interested in European unity because it creates stability; however, it is also interested in seeing Europe cutting ties with the US. Because the UK is seen as a lobbyist for transatlantic ties, Russia also has a stake in a British exit from the EU. Like many others, Baunov sees the UK as ”the most pro-American EU country […] prone to listen to Eastern European countries’ concerns about Russia.” This is why he thinks that Brexit will serve Russia’s interest.