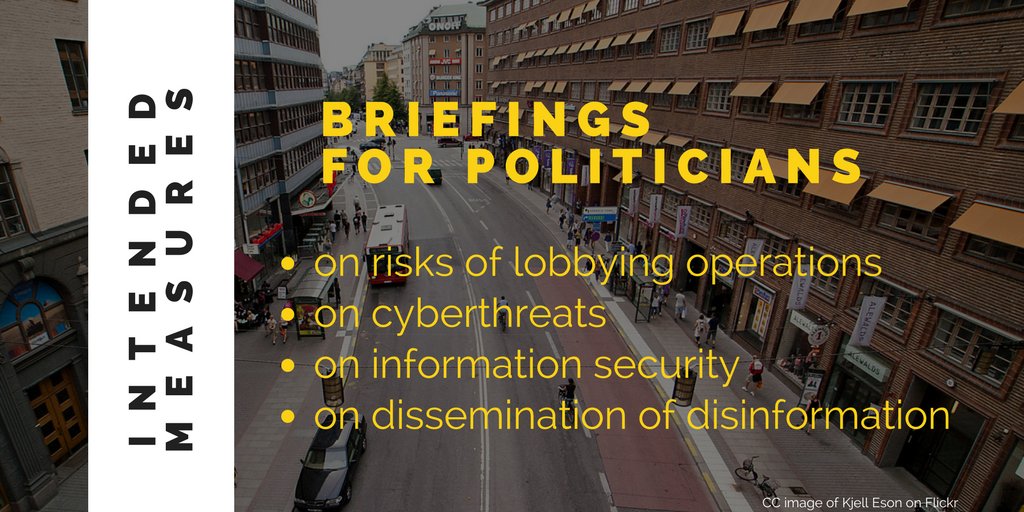 Earlier this month, Sweden’s Prime Minister Stefan Löfven announced that his government intends to take measures to raise resilience in Swedish society in the run-up the 2018 elections, due to the attempts seen in other countries to influence the outcome of elections. According to Löfven, nothing indicates that the Swedish elections should be an exception; on the contrary, there are already signs of attempts to influence Swedish politics, according to the Prime Minister.

A central part of the security strategy adopted by the government in January is the protection of democracy, freedom of opinion and elections. Sweden’s Security Service, Säpo, will now be tasked with raising political parties’ knowledge of the risks of so-called lobbying operations. The parties will, among other things, learn how unauthorized persons can gain access to information. They will also be informed about how misleading information is disseminated, and how they can protect themselves against this. The Swedish Civil Contingencies Agency will gather representatives of mass media and social media for a dialogue on cyber security, and Prime Minster Löfven has invited all party leaders for a joint briefing of the threat assessment by the Security Service.

Also last week, the Swedish Security Services released their annual report. During a press conference about the recent threat assessment, Säpo highlighted Russia as the biggest intelligence threat against Sweden and Swedish interests. Säpo points out that the threat is broader now than when first mentioned in 2014, and extends to non-linear warfare, including political, diplomatic, economic, informational, military and intelligence-related activities.

According to Säpo, the biggest risk to society is posed by the shortcomings in information and cyber security. But Influence may also occur through the support of extreme movements, information operations and disinformation campaigns.

In the course of last year, several security and intelligence services have highlighted Russia’s disinformation activities as a threat to security as we have previously reported.