But what about Ukraine? 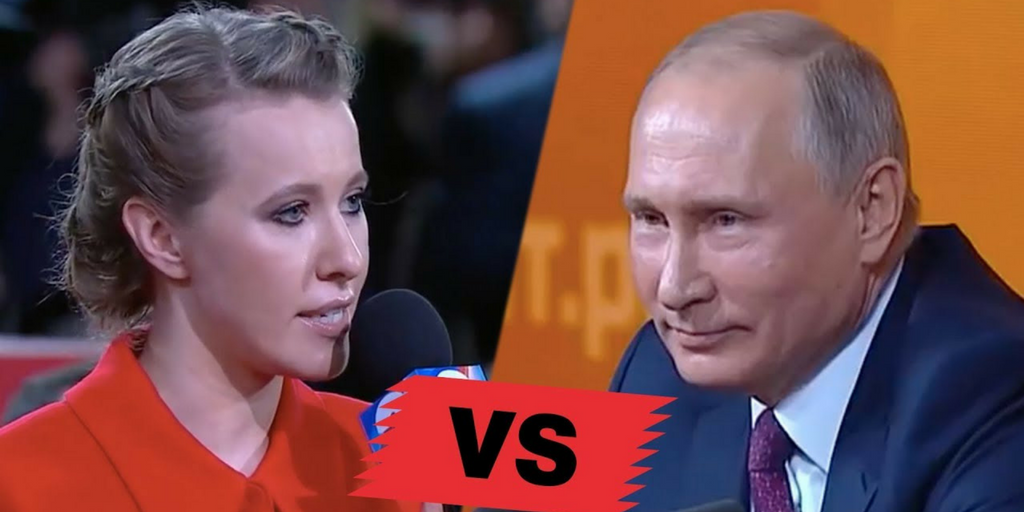 What’s the best way to avoid answering a difficult question? Is it by asking another difficult question yourself? This was the tactics used last Thursday by Russian President Vladimir Putin when he was asked why it is so difficult for opposition candidates to run for President in Russia. The President’s question-answer can be boiled down to “But what about Ukraine?”

More precisely, President Putin’s answer was “Do you want people like Saakashvili to destabilize the situation in the country? Do you want us to live from one Maidan to another?”

The question had been asked by journalist and opposition politician Ksenia Sobchak, who has herself declared that she will try to run for President in the March elections. In her question, Ms Sobchak also raised the case of another opposition candidate, Alexey Navalny, and the fact that Russian authorities have fabricated criminal cases against him in order to jeopardise his chances of running for office, as was acknowledged in October by the European Court of Human Rights.

“Whataboutism” is a rhetorical trick central to pro-Kremlin propaganda. President Putin avoids answering the important question by diverting attention to events outside Russia. The trick corresponds to the third of the four D’s in described in Ben Nimmo’s 4D approach – dismiss, distort, distract and dismay (see also our new video about the four D’s). The tactics of distracting attention also makes “whataboutism” closely related to another pro-Kremlin classic, namely the “Russophobia” claim.

Russian cartoonist Sergey Elkin created the below comment on the President’s press conference, in which he quotes him for a similar “whataboutist” Ukraine-related statement made during the same press conference: “Would you like tens of these ‘Saakashvilis’ to be running around our squares?” –and presents Alexey Navalny seeing Saakashvili’s face in a mirror (published by RFE/RL’s Russian service). 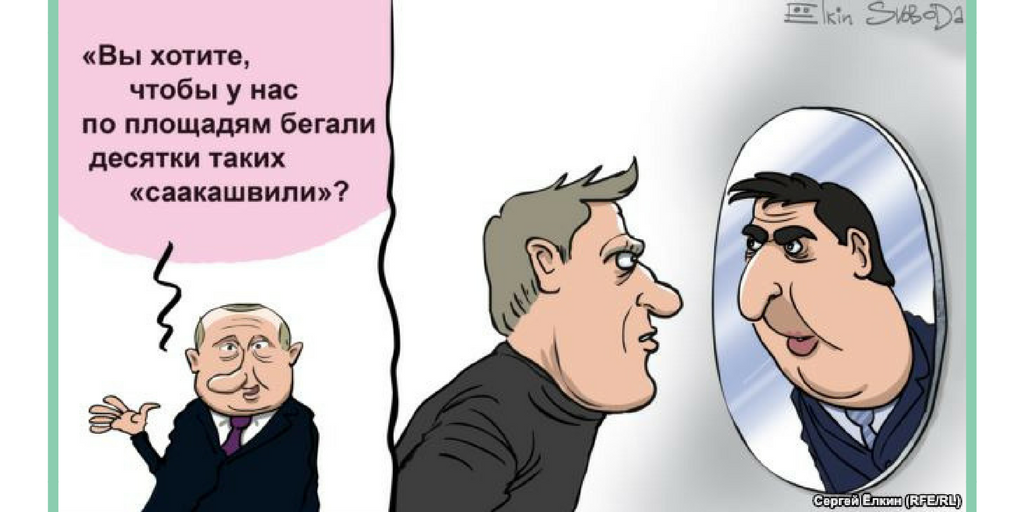