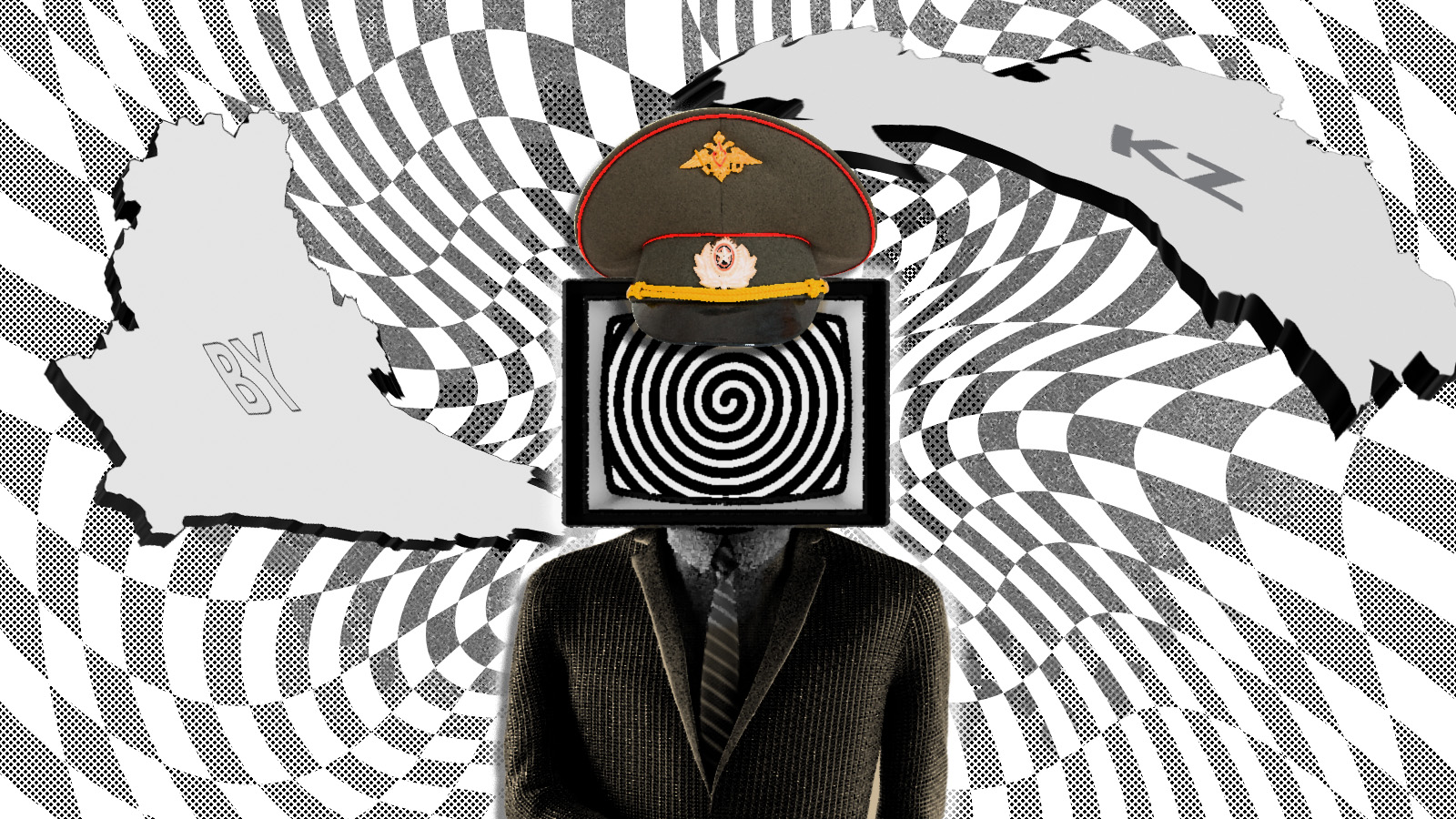 Most pro-Kremlin media outlets reused known disinformation narratives about the unrest in early January that broke out in Kazakhstan. These narratives asserted that the West tried to carry out a ‘colour revolution’ in the country, with Russia being the ultimate target. They provoked a remarkable moment of déjà vu compared to 2020-2021 coverage of pro-democracy protests in Belarus.

Our EUvsDisinfo database contains multiple examples of pro-Kremlin disinformation claims about ‘colour revolutions’ in Belarus and Kazakhstan which are nearly identical. A few examples:

Belarusian state media used events in Kazakhstan to justify the brutal crackdown on peaceful pro-democracy protesters in Belarus in 2020-2021. Outlets claimed that Lukashenka’s decisive actions prevented events in Belarus from taking a similar violent turn as in Kazakhstan. Belarusian state media presented Lukashenka as the leading specialist on combatting ‘colour revolutions’ in the post-Soviet space. As Belarus 1 TV suggested, Kazakhstan and Russia have much to learn from Belarus about countering ‘colour revolutions.’

Lukashenka himself found “no big difference” between the events in Kazakhstan and Belarus. The only distinction, according to him, was that Western security services were much more secretive in Kazakhstan. Lukashenka also used the virtual CSTO-summit held on 10 January to warn Uzbekistan of extremists preparing unrest.

Apart from these peculiarities in interpreting January events in Kazakhstan, coverage in Belarusian state media has mirrored pro-Kremlin sources. This is hardly surprising given that their agendas and narratives were closely aligned since late 2020. They largely use the same pool of pro-Kremlin commentators and pundits who feed the news programmes in state-controlled media sources both in Belarus and Russia; like the recent interview by pro-Kremlin mouthpiece Vladimir Soloviev with Lukashenko.

In Kazakhstan Islamists are the preferred bogeymen

The Kazakh authorities quickly blamed “foreign-led terrorists” for the protests, but they stopped short of designating the West and western countries as the culprits. They continued to label the protesters as ‘radical groups’ or ‘Islamists’. This marked a split between explanations from official Russian versus Kazakh sides during the first weeks of events in Kazakhstan.

Pro-Kremlin disinformation explains events in Belarus and Kazakhstan as parts of the West’s grand anti-Russian strategy. The US or Anglo-Saxons are normally defined as its ultimate masterminds, whereas EU countries are usually presented as of secondary importance. One interpretation of events in Kazakhstan, promoted by Sputnik, named the London-based Deep State as the culprit. This may be the same British ‘deep state’ which, as an earlier disinformation case explains, has tirelessly organised previous colour revolutions in Belarus, Myanmar, Russia, and the US.

Other cases in the EUvsDisinfo database also concern Western ‘anti-Russian’ activities in Belarus and Kazakhstan, while using similar language:

Another common narrative states that only closer relations with Russia – and perhaps even becoming part of Russia – can guarantee the safety and well-being of partner countries.

The consequences of turning the back toward Russia, however, range from economic devastation to sliding into Nazism. Examples are many. Belarus can have either normal development together with Russia or a forced ‘Polonisation’ under Warsaw’s rule and economic devastation. Belarus will either become part of Russia or the West’s poor colony. Ukraine and Belarus will avoid sliding into Nazism only if they become parts of Russia.

Russian state news outlet Sputnik alleges that former Kazakh President Nazarbayev’s ‘anti-Russian policies’ – such as use of the Latin alphabet as the official script and his discrimination against Russian ethnic minorities – were among key factors provoking the unrest. According to another commentator for Sputnik, Kazakhstan’s multi-vector foreign policy, that includes closer relations with the West, was one cause of the unrest. Members of the country’s elite courted the West and became economically and politically corrupt. Only closer relations with Russia will save the country from such troubles.

The quickly assembled, deployed, and Russia-led CSTO ‘peace keeping’ mission to Kazakhstan was a win-win, pro-Kremlin sources suggested. It was not merely in Russia’s legitimate interests to defend itself from an unfolding Western threat. It also provided an invaluable service to Kazakhstan, with pro-Kremlin media sources eagerly focusing on the ‘helping hand’ narrative.

The successful CSTO mission saved Kazakhstan’s statehood, and the country can reap further benefits from deeper integration with Russia down the road. As the Russian state news agency RIA Novosti put it in a recent Kazakhstan-related column: whereas the US’s goal is to destabilise all post-Soviet countries, ‘Russians are interested to see a hundred flowers blooming and a peaceful development of strong and independent countries along their borders’. To make this almost poetic phrase come true, Moscow is poised to ‘restore Russian geopolitical space’.

Seasoned readers will recall the familiar Russian slogans from the 2014 Crimea occupation and annexation like ‘We have the right to the land’. ‘We are just taking back what is ours and had been on loan’ – see research here or here.

For other examples of manipulation and disinformation following this worldview, see our ‘Seven Myths debunked’.