Skip to main content
Read this article in Русский
News and analysis
May 06, 2020 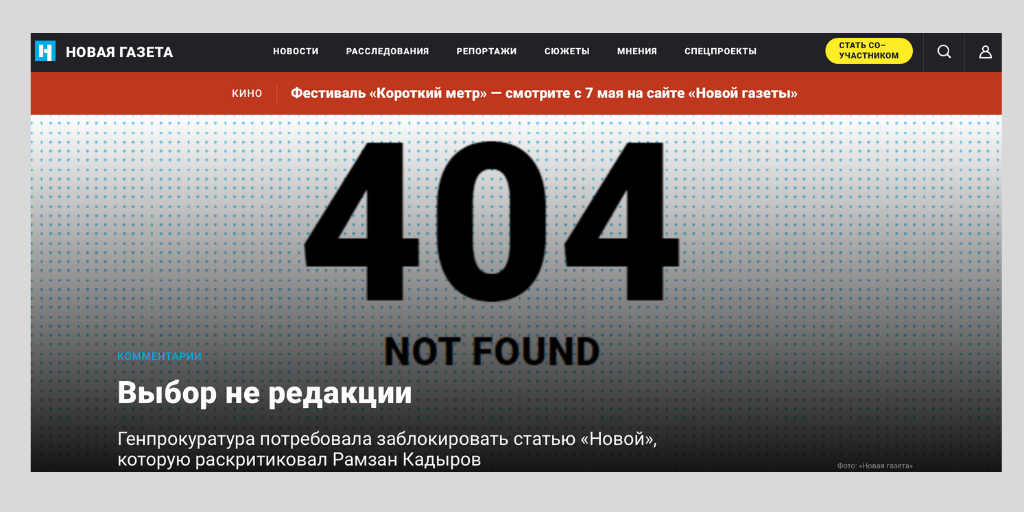 Imagine a coronavirus crisis with no journalists to report and hold authorities accountable.

Such a reality exists: in Russia, a journalist with Novaya Gazeta, Elena Milashina, has first been beaten; then threatened by the leader of the Russian region of Chechnya; been denied support and, finally, seen an article about COVID-19 with her byline removed from the newspaper’s website, following a demand by Russian federal authorities.

“Death from coronavirus is a lesser evil”

Elena Milashina’s case can be followed in English thanks to Novaya Gazeta’s newsletter, which has described a physical attack on her and lawyer Marina Dubrovina in February; Chechen leader Ramzan Kadyrov’s threats in a public video address in April; and the Russian government order to take down the article which had caused Kadyrov’s rage.

The now deleted article in Novaya Gazeta, “Death from coronavirus is a lesser evil,” (an archived Russian version has been kept here) describes how citizens under COVID-19 lockdown in Chechnya hide the fact that they are ill out of fear of retribution from authorities, which have compared them to “terrorists”.

Novaya Gazeta reacted with a statement titled “Not an editorial choice: The Prosecutor General’s Office has demanded to block a Novaya [Gazeta] article, which was criticized by Ramzan Kadyrov” (see the top image). 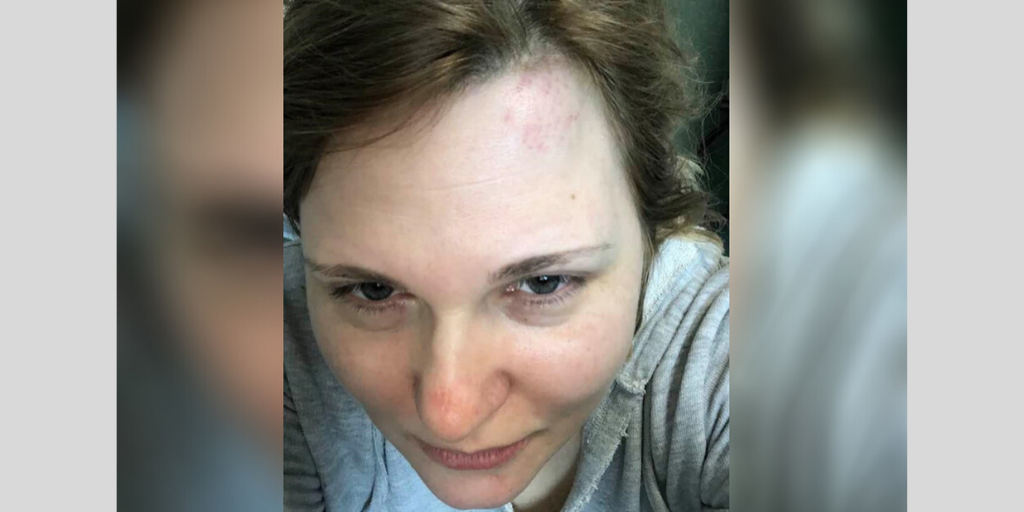 Elena Milashina after the attack on her in February. Image: Facebook/Novaya Gazeta.

Following calls to support Ms Milashina and Novaya Gazeta, the Kremlin’s spokesperson dismissed Kadyrov’s threats as “quite emotional”, adding that “on the other hand, the current [coronavirus] situation is very emotional.”

The international community reacted with strong language in support of Elena Milashina, including statements by the EU and the OSCE press freedom representative, as did human rights NGOs, among them Human Rights Watch.

The EU’s Delegation to Russia tweeted: “We are concerned about reports of threats against journalist E. Milashina. We urge Russian authorities to ensure the safety of journalists who carry out their work. Freedom of the press is the foundation of a democratic state and must be respected especially during this difficult time”.

The European Federation of Journalists has reported the case to the Council of Europe Platform for the Protection of Journalism, and more than 100 Russian human rights activists, politicians, scientists and artists have backed Milashina in a public statement.

Journalism as the opposite of disinformation

Journalism can also directly challenge disinformation: much of the work which is being done to expose pro-Kremlin disinformation – e.g. about the downing Flight MH17; the Skripal attack in Salisbury and the situation in illegally annexed Crimea – is carried out by independent, investigative journalists from Russia and Ukraine.

Even the most democratic government cannot stand alone in pushing back against disinformation. Not only should journalism enjoy the universal value of freedom; journalism holds a unique key which is needed by any society that wants to uphold and develop transparency, critical thinking and informed political debates.

If you want to support Elena Milashina and her journalist colleagues and follow their work, subscribe to Novaya Gazeta’s English language newsletter, Russia, Explained.

Follow this link to see other EUvsDisinfo articles covering Novaya Gazeta and the work of its journalists.

UPDATE 9 May 2020: On 8 May, Russian authorities allowed Novaya Gazeta to publish a censored version of Elena Milashina’s article, “Death from coronavirus is a lesser evil”. A section of the article has been replaced by a black square. On her Facebook account, Elena Milashina commented that “the accusations of blatant lies turned out to be a blatant lie”.