Deflection instead of Dialogue 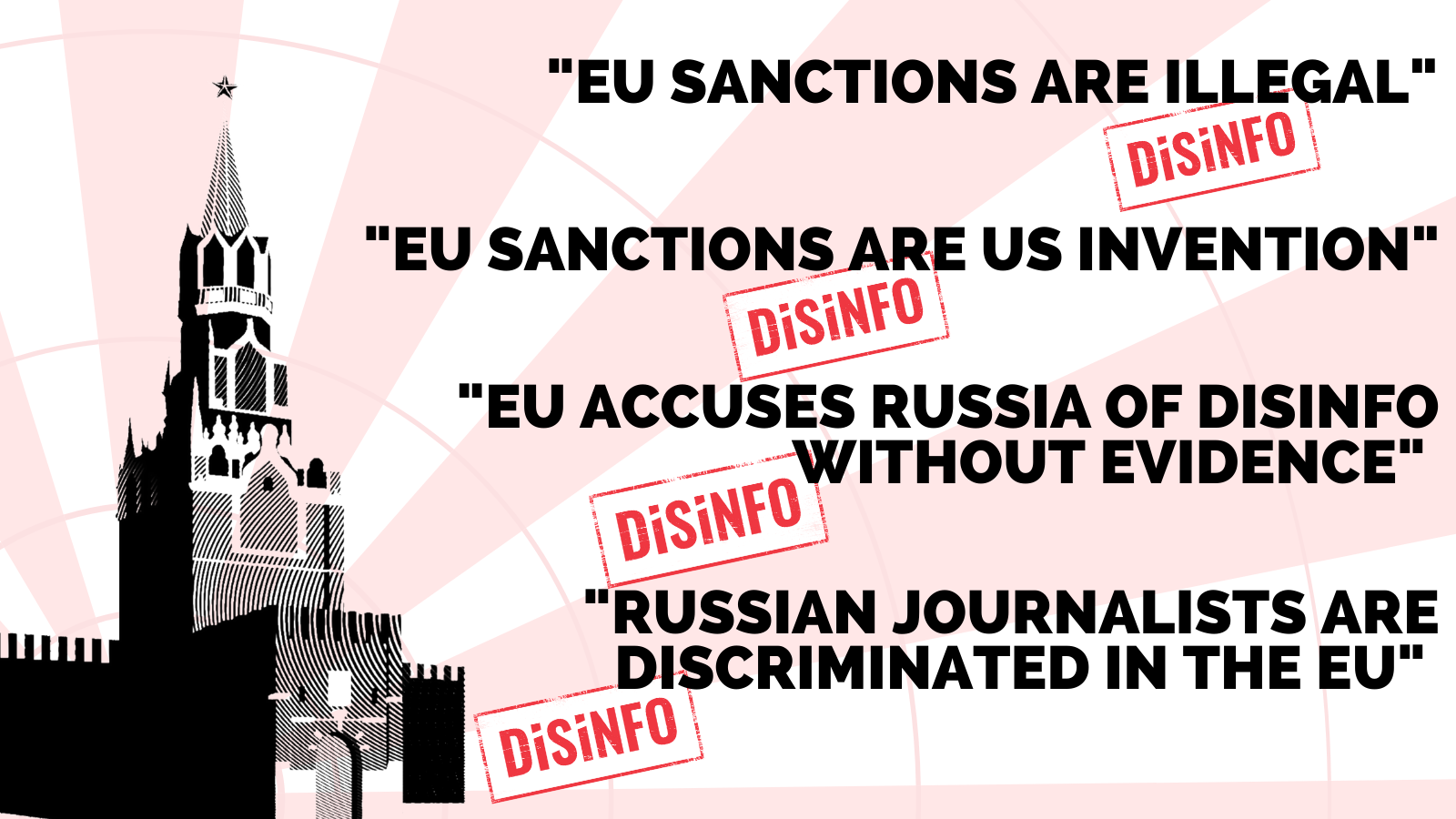 The Kremlin has answered the European Union’s invitation to dialogue with a shameless attempt to deflect attention from its violations of Russia’s international obligations and own laws.

During the press conference that followed the meeting between HRVP Josep Borrell and Russia’s Minister of Foreign Affairs Sergey Lavrov, several false statements occurred, frequently used in the pro-Kremlin disinformation ecosystem and documented in the EUvsDisinfo database.

“The sanctions are illegal”

The EU has introduced sanctions in full accordance with European and international law, restricting the sales of military and dual-use equipment to Russia. The EU has also introduced a system of individual restrictions on certain individuals, compliant to violations of international law and in respect of Russia’s actions undermining or threatening the territorial integrity, sovereignty and independence of Ukraine. Currently, 177 Russian citizens are subject to individual restrictive measures. Details on the sanctions’ regime can be found here.

Russian media outlets, including state-controlled RT and Sputnik, have repeatedly disseminated false claims on the pandemic. The first case of disinformation about COVID-19, documented by the EEAS East Stratcom Task Force, was spread by Sputnik Belarus, which claimed the virus was a product of NATO laboratories. In 13 months, East Stratcom Task Force has collected over 700 cases of disinformation about COVID-19, all available on this public database.

The EU will continue its dialogue with sovereign governments, bilaterally and in international and regional organisations. The proximity of a country to Russia’s borders does not inhibit its sovereignty.

“EUs sanctions are an invention of the US”

As mentioned earlier, the EU is using the sanctions’ instrument in accordance with European and international law. No forces outside EU Member States influence EU decision-making.

“Russian journalists are discriminated in the EU”

A statement without foundation. Several Russian outlets, private and state owned, work in Brussels and in the EU Member States. EU and National laws guarantee their activities and rights.

The Russian Ministry of Foreign Affairs presented, ahead of the visit of HRVP, a document attempting to “prove” the heavy-handed use of force by european police authorities. This is an example of a cheap rhetorical device, called “whataboutism”, an attempt to deflect attention from a real issue: the fact that Russian police has used excessive force and detained several thousands of protesters during street protests the last few weeks.

Ministry of foreign affairs has also declared three European diplomats persona non grata, accused for “participation in unsanctioned manifestations”. It is common practice that diplomats seek first-hand information on current events in their host countries. Expelling european diplomats for observing political process cannot be understood as anything but a hostile act.

The Russian constitution, Article 31, guarantees the right of citizens to gather and express their views in public. The role of the police is to protect the rights of the citizens. Russian media – including state-owned media outlets – have claimed that Western countries punish participation in “illegal manifestations” much more draconic than Russia. Such statements were issued on the eve of the visit of Mr. Borrell, further attempting to deflect a discussion on the core issue: the deficit of rule of law in Russia and the narrowing space for political freedom and freedom of expression.

The Russian people are resisting these attempts. Alexei Navalny is one in a long line of voices of dissent in Russian history. The protests against his detention and subsequent conviction has driven tens of thousands of people to the streets, despite blunt repression and violence from Russian authorities. The EU will continue to support the Russian people’s human rights, their right to elect their representatives, their right to express their views.

Few people have fought so bravely and steadfastly for freedom and human rights as Russians. Russian historians David Dallin and Boris Nicolaevsky write in their Forced Labour in Soviet Russia (1947):

The history of Russia – more perhaps than that of many other nations – abounds in humanitarian and liberative movements, idealism and self-sacrifice for the cause of human liberty and the rule of law. Glorious pages of world history have been written in Russia throughout a century of struggle against the degradation and enslavement of man. For a century, the aspiration of Russia’s greatest thinkers was a free nation in which human rights would be secure.

The Russian people’s fight for human and political rights has been – and continues to be – an inspiration for the whole of Europe. The EU and its Member States will continue the dialogue with Russia and its people. The Kremlin is deliberately attempting to make itself irrelevant in this context.