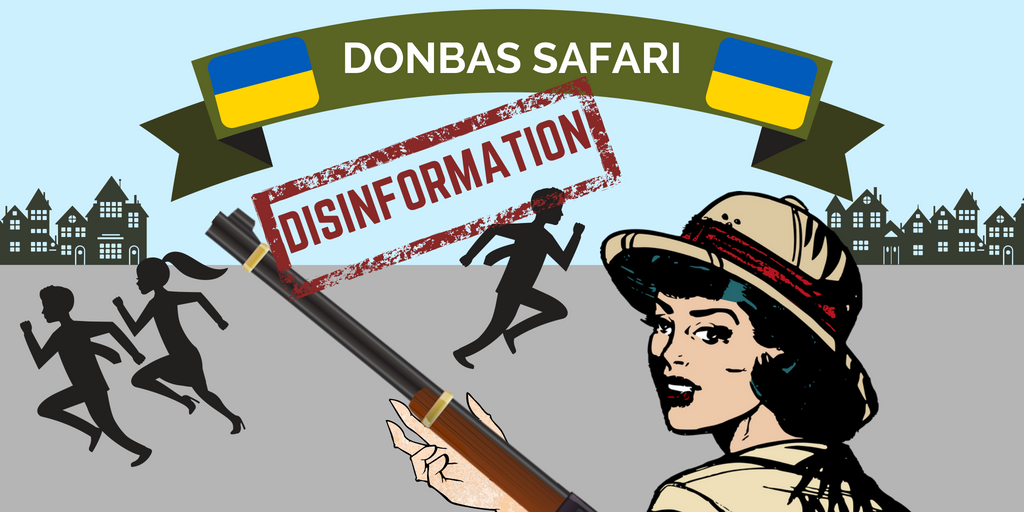 Dehumanization is a quite common trait in conflict situations, where the opponents usually intend to build support for their own actions as well as lessen the support for their adversary through harsh rhetoric and disinformation about the other side.

Within the pro-Kremlin disinformation machinery, dehumanization is often used as a tool to denigrate in particular the Ukrainian Armed Forces (UAF). This despite the fact that the official line from the Kremlin (contrary to the evidence) is that Russia is not involved in the war in Eastern Ukraine.

In the light of new claims about the UAF this week, we found it fitting to look back at some past disinformation about the Ukrainian Army. No evidence has been provided to support any of these claims.

First, this week’s story, which conveyed a dual message of both the cruelty of the UAF and the low level of morality in the West (another favourite topic in the pro-Kremlin disinformation sphere);

”Rich people from Western countries can buy the right to kill civilians in Donbas, this “safari” is provided by the Ukrainian Army.”

This gruesome and unsubstantiated claim originates from one of the official parties to the conflict, a spokesperson for the self proclaimed Donetsk Peoples Republic.

Second, an absurd claim that has nevertheless been repeated several times, namely;

”Zombies are fighting within the Ukrainian forces in Donbas. They continue to fight even after being shot in the head.”

That is indeed some scary stuff. But what could be even scarier? Ask TV Zvezda, the official TV channel of the Russian Ministry of Defence, and they will come up with the answer – Nazi zombies!

”There are Nazi zombies fighting in the Ukrainian army.”

A further past unsubstantiated story reported something fishy going on in Ukrainian military hospitals:

”French customs officers at Paris Orly airport confiscated a shipment of human organs from Ukraine. The intercepted organs were “200 nasal septums and sphincters” and were sent from Dnipro Military Hospital.”

Also, according to disinformation narratives, the UAF has no respect for the church and religion, as claimed in the next story:

”Ukraine’s military conducted a night raid on a Ukrainian Catholic monastery looking for conscripts. The monastery was surrounded and searched, the military were trying to find young men evading service in the army.”

This claim was quickly debunked by the monastery in question, which denied any raids on its premises.

There are also stories that aim to belittle the UAF rather than incite fear of them, for example one claiming that the plague has broken out among the UAF or that there are not enough willing conscripts so the UAF has to enlist criminals.

Although this is not an exhaustive list, it does serve to illustrate how dehumanization and alienation of the Ukrainian Armed Forces is being used within the pro-Kremlin disinformation universe in order to lessen support for and sympathy with Ukraine. 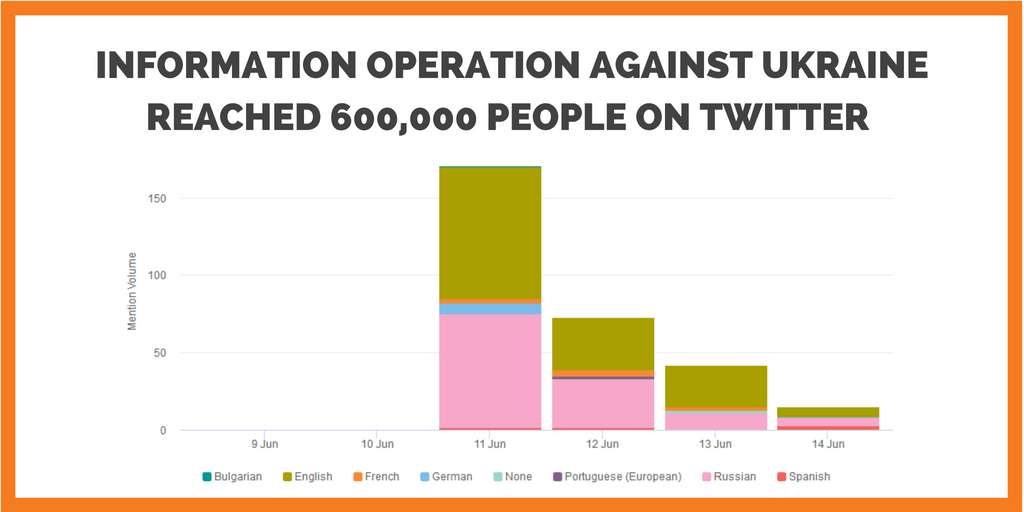 On June 11, a targeted disinformation campaign was launched around an EU delegation’s visit to Ukraine. This week, we decided to dive deeper into this specific information operation.

The disinformation claimed that Ukrainian security forces were preparing a provocation in Donbas; they allegedly planned to shoot down the EU delegation’s helicopter in order to blame the pro-Russian separatists for the attack. As we have highlighted earlier, this is a typical way of pro-Kremlin disinformation: to warn of “provocations” to sow distrust and disruption among partners.

The disinformation again came from a party to the conflict: it was first published on the website of the so called Ministry of State Security of the self proclaimed Donetsk Peoples Republic. The story was aggressively pushed during the first day after publication when the volume of its spread peaked, whereas the next day it quickly slowed down and almost stopped after three days.

The same story was published at least in Russian, English, Spanish, German and French, on over 70 different websites; it was posted on Twitter, Russian social media Vkontakte, blogs, forums, YouTube and even on Bloomberg’s commentary section below a news article.

According to Brandwatch analytics tool, the disinformation gained over 600 000 impressions on Twitter. It succeeded in getting extensive media coverage in Russia, but it did not get into the mainstream media in the EU – at least not in the analysed languages. Sputnik took care of the spread in the EU languages.

The pattern of dissemination was different in English and in Russian. As of 7 AM on June 11, dozens of Russian-language disinformation outlets published the story in short intervals. In English, the story first only appeared in South Front. Then, it was heavily pushed on Twitter by accounts whose activity is similar to the behaviour of bots. The first Twitter account that mentioned the story has an average of 250 daily Tweets. On the first day, the story reached more than 200.000 people in English on Twitter.

Luckily, the disinformation campaign did not succeed in disrupting the visit, but it proved to be able to get wide media coverage in Russia, limited coverage within the EU and a relatively good reach on social media. All this for a disinformation where no evidence of the supposed threat of “provocation” was ever provided.