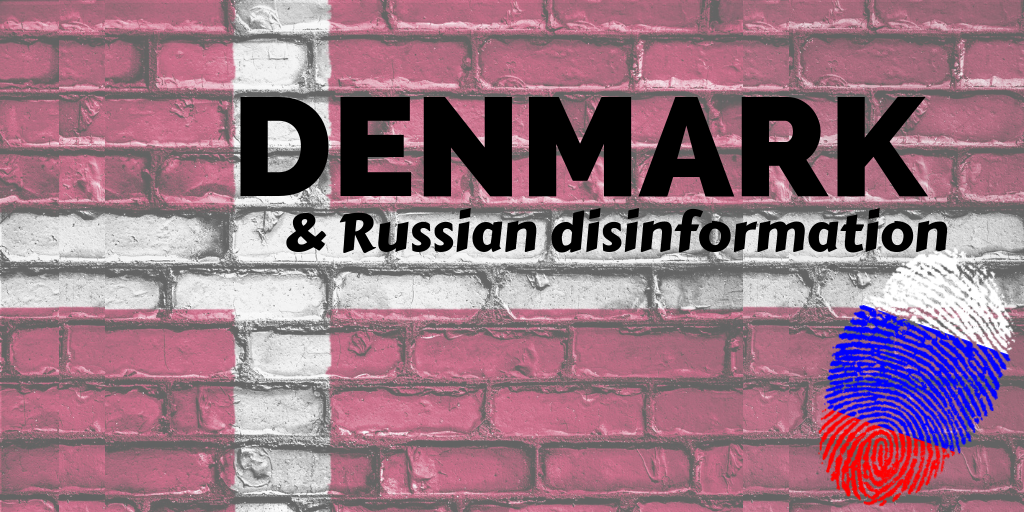 But behind this façade lurks a world of animal brothels where pets are “put in special machines and even have their limbs broken”, as readers were informed in an article published last year by the Russian state-owned news agency RIA. This kind of abuse is legal in Denmark and even a citizens’ right protected by the Danish constitution, another Russian media outlet claimed.

Danish society also struggles with low hygiene standards and empty shelves in supermarkets. On top of it all, Danish political leaders are blinded by irrational anti-Russian hysteria.

This is the kind of picture of Denmark one can meet in Russia’s ongoing disinformation campaign.

Denmark as target I

If Denmark’s Nordic neighbours Finland and Norway compete for the role as the home of cruelty to children, one narrative that sticks to Denmark is that of cruelty to animals.

The claims about animal brothels should be seen in context: Russian media have peddled stories about how Danes can simply drop off unwanted animals in zoos as fodder for predators, alongside intensive coverage of the case when a giraffe was euthanised in a Danish zoo.

The animal-related narratives targeting Denmark are part of an overarching disinformation narrative about the West as a place of moral decay due to the spread of liberal values.

Besides cruelty to children and animals, this super-narrative about the West also includes anti-LGBTI messaging, for example the claims that “Europe is the kingdom of gays”; that homosexuals are “sick and perverse” and that the adoption of a more pro-Western policy in Russia can lead to forced homosexuality. 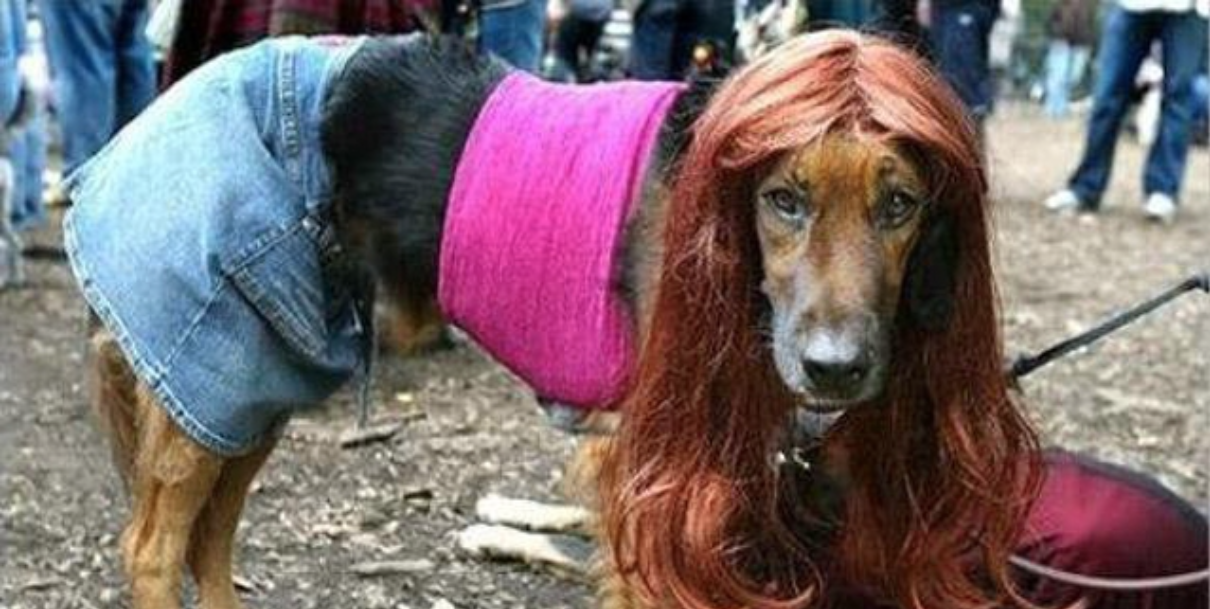 This image accompanied a story about alleged animal brothels in Denmark in a marginal Russian outlet. Similar claims have been made in an article published by state-owned news agency RIA Novosti.

The primary target audience of this form of disinformation in Russia is domestic. It seeks to provoke scepticism, if not fear and hatred, towards the West among Russian audiences.

The narrative about cruelty to animals is not the only topic where Russia’s disinformation is of relevance to Denmark. Disinformation targeting EU and NATO, where Denmark is a member, can influence debates and opinion in and about Denmark. Similarly, disinformation about the global migration challenge and its European aspects can be used to drive in wedges in Danish public discussions.

A central point in understanding the strategy and tactics of the pro-Kremlin disinformation campaign is that it uses different messages for different audiences.

While most Danes will know that the stories about government-approved animal brothels in their country are incorrect, disinformation is more likely to spread in Denmark when the topic does not concern the country itself.

Denmark has been successfully targeted with disinformation about Syria, according to the online magazine Zetland. Narratives from Russian state media RT and Sputnik penetrated Danish media with no systematic pro-Kremlin bias.

Pro-Kremlin narratives do not only spread in Denmark as a result of unintended absorption in news outlets. Berlingske, Mandag Morgen and Zetland have described the existence of pro-Russian activism inside Denmark with ties to the Russia-backed separatists in eastern Ukraine and Finnish pro-Kremlin propagandists.

Danish media have shown a strong interest in informing their audiences about pro-Kremlin disinformation; especially when Denmark has been blatantly misrepresented.

Leading outlets, among them Politiken and Altinget, have covered the animal brothels case as an example of the disinformation challenge.

When a report broadcast by Russia’s state-controlled NTV ridiculed Denmark for alleged anti-Russian hysteria, Radio24Syv talked to leading politicians and citizens, who had been interviewed by NTV, but who said that their statements had been manipulated by the TV station.

Manipulated NTV reporting from the Danish island of Bornholm ended up backfiring on the Russian TV station.

A new Danish TV documentary, which was recently aired on the national TV channel DR, showed how disinformation is produced by “the troll factory” in St. Petersburg, but also how reporters from Russia, Ukraine and Finland challenge this kind of propaganda in their journalistic work.

A fact-checking platform, TjekDet, has been established under the Altinget/Mandag Morgen media house in response to the disinformation problem.

The daily newspaper Berlingske’s opinion editor, Pierre Collignon, recently addressed the topic in a book titled Back to Reality: The Fight Against Fake News, Lies and Manipulations. 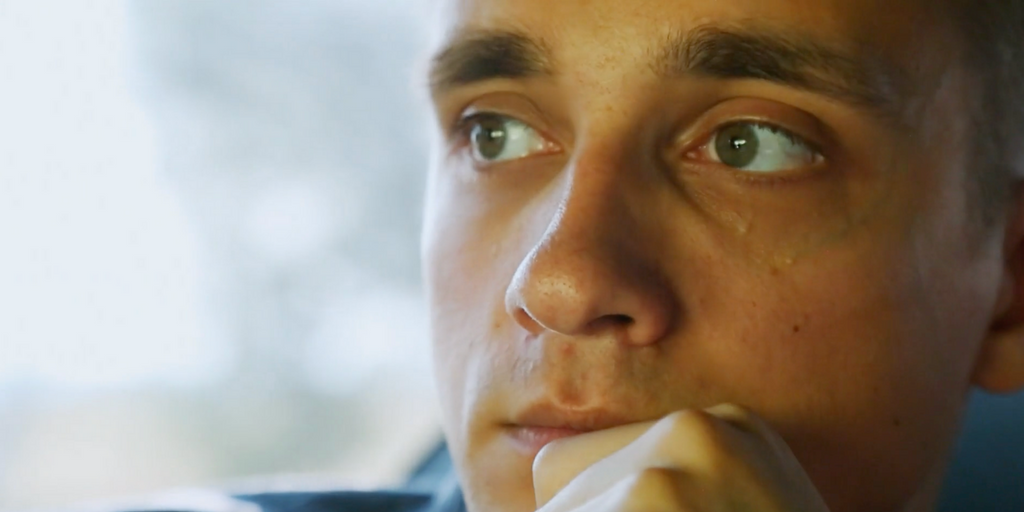 A new Danish documentary, Factory of Lies, shows how Russian journalists fight back against disinformation and trolling.

Denmark’s academic environments have also begun to focus on disinformation.

The Danish Institute of International Studies (DIIS) has published a report titled “Russian Hybrid Warfare: A Study of Disinformation” and an interactive online tool supported by a social media campaign about disinformation and trolling addressing high school student audiences.

At the University of Copenhagen a group of scholars currently investigates these problems in a project titled Digital Disinformation with interdisciplinary research into “information wars, the quality of public debate and how to respond to digital disinformation in the 21st century”.

Response from the Danish government

The government has established an “inter-ministerial task force for countering influence campaigns”, which coordinates efforts across branches of government, including the foreign, defence and justice ministries and the two national intelligence and security services.

When the task force was launched in September 2017, Denmark’s Foreign Minister Anders Samuelsen stressed both the national and the common European and Western aspect of the disinformation challenge: “Our Western democratic processes and media have become more vulnerable to ’fake news’, disinformation campaigns and other dubious methods. We saw this in Russia’s attempts to influence elections in the US and in France. When a foreign power makes strategic use of fake news, lies and disinformation in order to further its interests and undermine our Western interests and democratic processes, one cannot, as a government, be an inactive bystander”.

The Defence Minister, Claus Hjorth Frederiksen, has also been vocal in identifying the challenge coming from disinformation and other forms of influence campaigns. Speaking to the press after his visit to EU’s East StratCom Task Force in Brussels in March 2018, the Defence Minister said: “We see how Russia more and more often spreads fake news. Honestly speaking, it’s quite shocking what we are witnessing. Next year we’ll have parliamentary elections. This is a problem we must try to be able to handle before we find ourselves in the middle of it”.

On 7 September 2018, the Danish government presented a plan with 11 new initiatives to “safeguard Danish democracy and elections“.

The Danish plan includes strengthened media monitoring, intelligence work and emergency preparedness; advice and information for political parties and politicians; dialogue and cooperation with media and social media and a legislative proposal “to ensure that the criminal code is up to date to protect Denmark against the threat from influence campaigns launched by foreign intelligence services”.

Infographic by the Ministry of Foreign Affairs of Denmark.

At the press conference where the new initiatives were launched, government members underlined the seriousness of the problem and named Russia as the source:

Minister of Justice Søren Pape Poulsen: “With the risk of influence campaigns, we are facing a threat against our liberal democracy which we need to firmly address. We therefore now launch this action plan to ensure that our government authorities, democracy and media are better prepared if foreign countries attempt to influence important decisions of high significance to Denmark.”

Minister of Foreign Affairs Anders Samuelsen: “Russian influence campaigns targeting elections in the United States and France show the importance of staying abreast of this development. That is why we act now. The Danish people must remain completely confident in our democracy. Many of our allies are in the same situation. It is important to me that we also draw on their experiences to ensure that we stand united and as strong as possible against the threat.”

Minister of Defence Claus Hjort Frederiksen: “We have by now seen a number of examples of Kremlin attempts to influence democratic elections in the West with campaigns focusing on creating discord and disagreement in the population. They focus on existing political dilemmas or even seek to amplify points of views on both sides on a conflict – solely with the purpose of creating discord and undermine trust in in our political institutions, authorities and ultimately within the population itself”.

The new 11 point plan was presented in Copenhagen on 7 September 2018 by Denmark’s (from left to right) Foreign, Justice and Defence Ministers. Parliamentary elections will be held no later than in June 2019. Screenshot from DR2 TV.

Resilience through awareness is key

Statements from political leaders, such as those quoted above, are complimentary to the work done by the intelligence communities and other government institutions as well as the work done by media, academia and other parts of civil society.

Similar to initiatives in neighbouring Sweden, these Danish efforts all amount to raising awareness of a problem that perhaps cannot be prevented from occurring, but where the successfully built resilience can lower or even neutralise the impact of future disinformation attacks.

NTV goes to Denmark: a story about backfire

From objective reporting to myths and propaganda: The story of RIA (animal brothels continued)

Top 3 targets of disinformation (cruelty to animals in Denmark)

The circle is square! (Russian nuclear threats against Denmark)