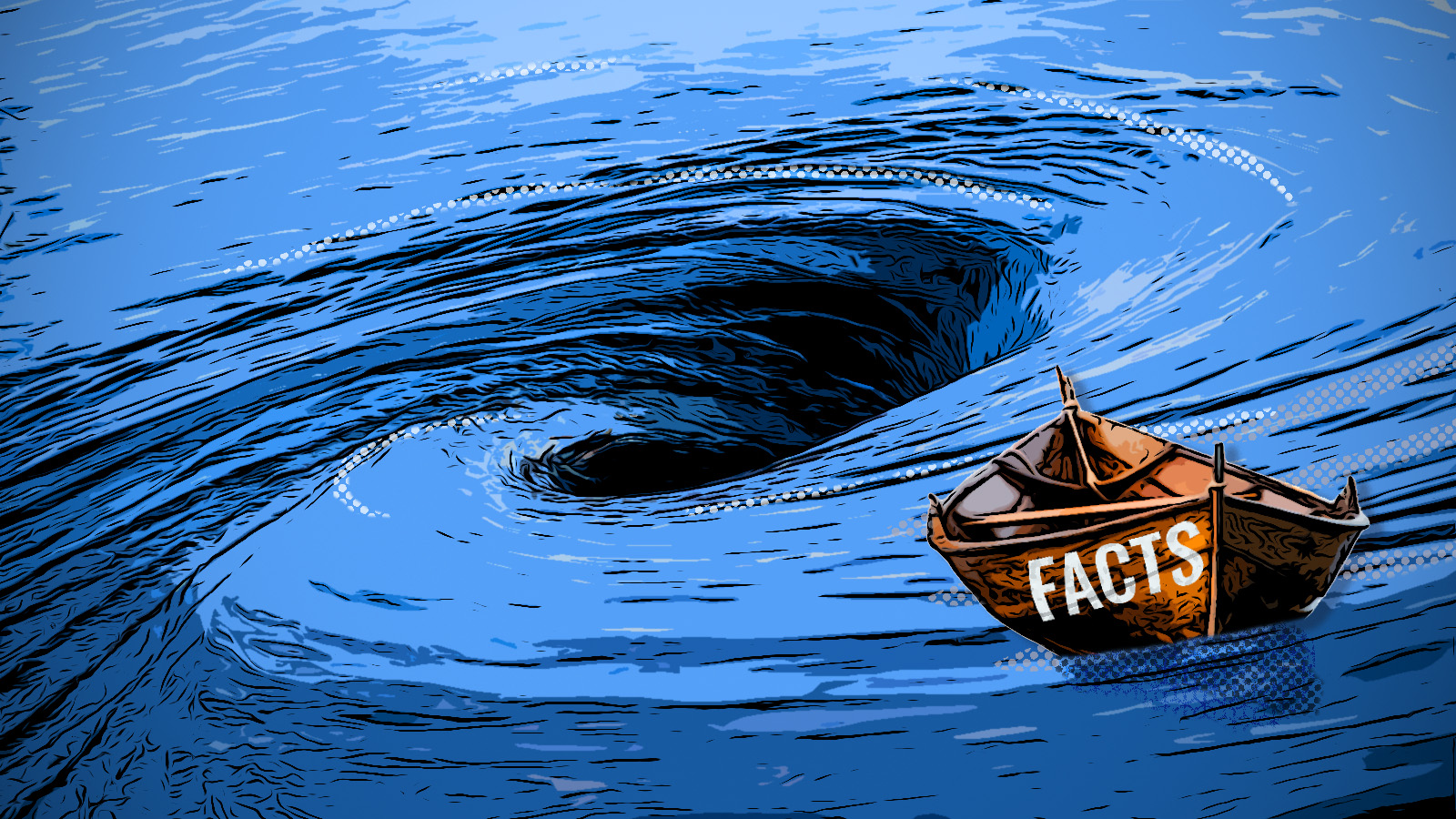 Disinformation is a blight on the democratic system. When lies and deception enter the public discourse, debunking false and harmful narratives is vital. In Azerbaijan, however, where the authorities exercise tight control over media, exposing and confronting such disinformation is a particular challenge.

The disinformation narratives circulated by the pro-Kremlin media in Azerbaijan are familiar. In foreign affairs, the provocative West is accused of interfering in the internal matters of sovereign states; the West is depicted as a threat to Russia; and it is blamed for organising revolutions in other countries. As elsewhere throughout the Covid-19 pandemic, there’s also been widespread circulation of disinformation regarding vaccines and numerous conspiracy theories.

Curbing of the media freedom

In 2021 Azerbaijan was ranked 167 out of 180 countries in media freedom by Reporters without Borders.

‘The post-election crackdown, the coronavirus crisis and then the war in Nagorno-Karabakh in the autumn of 2020 all contributed to an increase in censorship and a worsening of the situation for journalists.’

Furthermore, according Freedom House, internet freedom in 2021 deteriorated from 38/100 to 35/100 points. Azerbaijan media landscape is labelled as ‘not free’.

The repression of independent media organisations over many years has had detrimental consequences for media freedom. The office of Radio Liberty was closed in 2014; in 2017, the websites of various independent media outlets were blocked (Radio Liberty, Azadliq.info, Meydan, Turan and Azerbaycan Saati); and, as of 2018, the government had blocked 85 websites without a proper court decision. The Facebook accounts of Meydan TV and Toplum TV have also been hacked and pages deleted. According to Freedom House, recent measures against independent media include the blocking of key independent news websites, including 24saat.org, Abzas.net, Azadliq, Azadliq Radio, Gununsesi, Kanal 13 TV and Meydan TV.

Independent journalists are discredited, arrested and imprisoned. Polad Aslanov, editor of the independent news websites Xeberman and Press-az, was sentenced to 16 years on treason charges in 2020. According to a report by the Center for Election Monitoring and Democracy Studies, four journalists were imprisoned for political reasons in 2020. Previously, Khadija Ismayil, a well-known investigative journalist, was sentenced to seven years in prison; Afghan Muxtarli to six years. Additionally, journalists are exposed to phishing attacks, and their social media accounts are hacked.

With media and journalistic freedom curbed in Azerbaijan, the threat from disinformation is far greater. Sputnik Azerbaijan leads the way in promoting anti-Western disinformation, with other media outlets regularly republishing its materials.

A range of anti-Western narratives

As in other Eastern Partnership countries, the disinformation narratives seek to discredit the US and EU, while praising Russia.

Russia weaponry is the most powerful

Because Russia is militarily superior in the world, no country must try Russia’s patience. This narrative was very prevalent during US- and NATO-led military exercises.

Used mainly in relation to Georgia and Ukraine, the narrative claims the West uses these two countries to destroy Russia.

Democracy and human rights are just a tool for the West

A very popular and widespread narrative, it argues the West is using NGOs, LGBT groups and other human rights activists to destroy nation states and dismantle traditional cultures.

The EU is anti-Muslim and a threat to family values

The belief that the EU discriminates against Muslims and threatens family values is widespread in Azerbaijan. This biased view of the EU is promoted, among other sources, by Russian, Turkish and Azerbaijani state TV channels, which are all popular in Azerbaijan. European lifestyle is often perceived as a threat to Azerbaijani family values, including traditional gender roles.

Media freedom and independent journalism are vital for healthy democracies. The attacks on independent media, and restrictions on media freedom in Azerbaijan, create an environment for disinformation to flourish, and for falsehoods and manipulation of the information space to remain unchallenged.