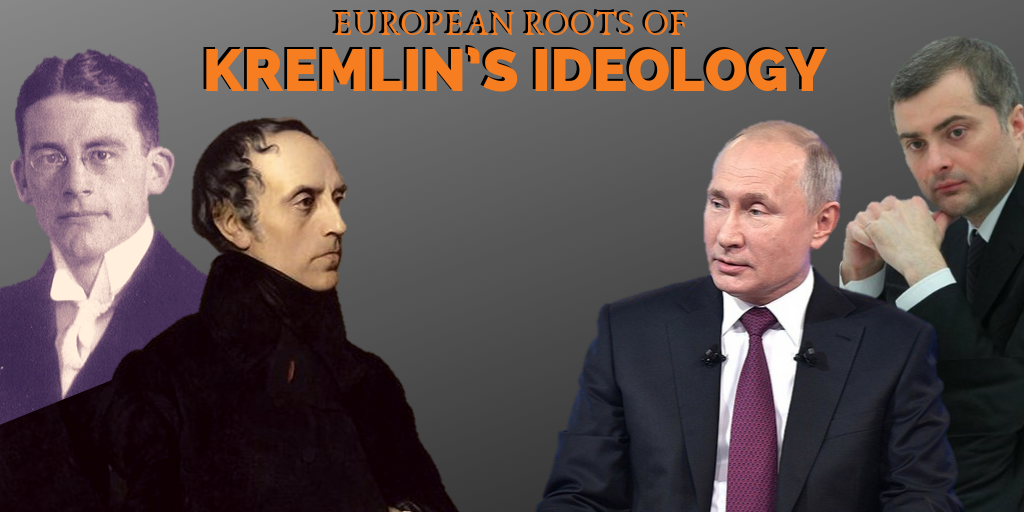 How the Concept of “Sovereignism” Travels through Space and Time

Communication is never one-way. Even the most rigid propaganda megaphone needs to adjust, fine-tune and adapt to the audience. Pro-Kremlin propaganda outlets are very much listening to the audience; analysing results, impact and reach. One might even say that lying demands more from a communicator than persistently telling the truth. The facts are facts, no matter you like them or not. Lies need to be nice, appetising, alluring.

The disinformation process is a dialogue; where the liar carefully adapts to the values of the audience; picking up concepts, ideas, multiplying messages and packaging hard lies in a soft enclosure of half-truths and facts, taken out of context.

An example of this dialogue is the concept of “sovereignism”, relatively recently appearing in the European political terminology. The concept seems to have entered the English language in connection with the independence movement in the Canadian province of Quebec in the 60s – Mouvement souverainiste du Québec.

The term entered the EU discourse in the early 2000s. In this context it became a part of the perpetual dispute between “federalists” and “unionists”. The concept of “sovereignism” is strongly connected to Henri Guaino, an advisor to former French president Nicolas Sarkozy who expressed a vision of strengthening French national interests, opposing a stronger integration of the EU.

The word суверенизм/суверенист appears in Russian approximately at the same time. The Russian nationalist philosopher Aleksandr Dugin brings it up in 2005 in a comment to the French referendum on the European Constitution . Dugin uses the word to describe the opposition of the Washington-led Euroatlantic process. France’s and Germany’s opposition against the US war in Iraq demonstrated, according to Dugin, the collapse of the Euroatlantic progress and a chance for Russia to improve its geopolitical position.

The term came in Russia to symbolise the idea of putting Russia’s “sovereign” interests in the first room, disregarding International cooperation, integration into a collective European security system and so forth.

Bulgarian political scientist Ivan Krastev has used the term “sovereignist” to describe the Kremlin ideology, displaying the connection with European political theorists as Francois Guizot (1787 – 1874) and Carl Schmitt (1888 – 1985). According to Krastev, Surkov identifies, following Guizot, the concept of “sovereign” as “the consensus of the responsible national elites”.

Jumping from one to another continent – the concept of “sovereignist” has been loaded with new meanings since its advent in Canada. At the beginning, it was a vision of national independence, in this case, for Quebec. In Europe It became charged with an idea of opposition against “globalism”, “New World Order”, “The Deep State” etc.

The word, initially a fairly rare concept in European political discourse, has recently become a household word, used in TV-debates and political advertising.

We can see this idea still lingering in Vladislav Surkov’s article earlier this year, where he describes the Russian President’s unique capacity to understand, hear and heed to the needs of the people. His patron himself personally recently expressed his democracy in principle. Against the liberal democracy, Putin puts forward the idea of traditional values, inherent in the sovereign: “The Liberal idea is outdated; it has become contradictive to the interests of the overwhelming majority”. Putin adds later, according to the transcript of the Kremlin.ru website: “Traditional values are more stable for millions of people than the liberal idea, which, in my view, has seized to exist”.

Putin’s words on the outdated liberal democracy echoes of Surkov’s article, describing the advantage of the political system of Putin:

[Putin’s] ability to hear and understand the people, see it right to its depths and act accordingly – this is the unique and most important characteristic of the State of Putin. This corresponds with the people and is in line with its ambitions and is not subject to any of history’s counter currents. This is efficient and lasting.

The sovereignist idea, as it was shaped by Vladislav Surkov, is inspired by mistrust in pluralism and universal suffrage. Rulers should rule; subjects should be subordinated to the sovereigns. We can see how pro-Kremlin disinformation outlets systematically employs the concept. Recently, the president of Russia, Vladimir Putin, expressed distrust in the Swedish teenager Greta Thunberg’s movement:

When children and adolescents are used for egoistic purposes, it has to be condemned.

Thus, the concept of sovereignism can be used as a “vessel” for disinformation.  Any challenges, be that issues of ecology, human rights or any other elements of universal rights as they are understood in the UN Charter can be brushed off as conspiracies against “internal affairs”.

The evolution of the term “sovereignism” demonstrates how Kremlin is taking part in a broad European discourse, setting agendas, influencing decision making processes, and at the same time adopting European ideas. Carl Schmitt was a legal theorist in Nazi Germany, Guizot – a French monarchist, attempting to restore monarchy after the French Revolution and the Napoleonic era. The Kremlin takes part in, feeds to and is influenced by an age old dialogue of disinformation, aimed at damaging democracy.