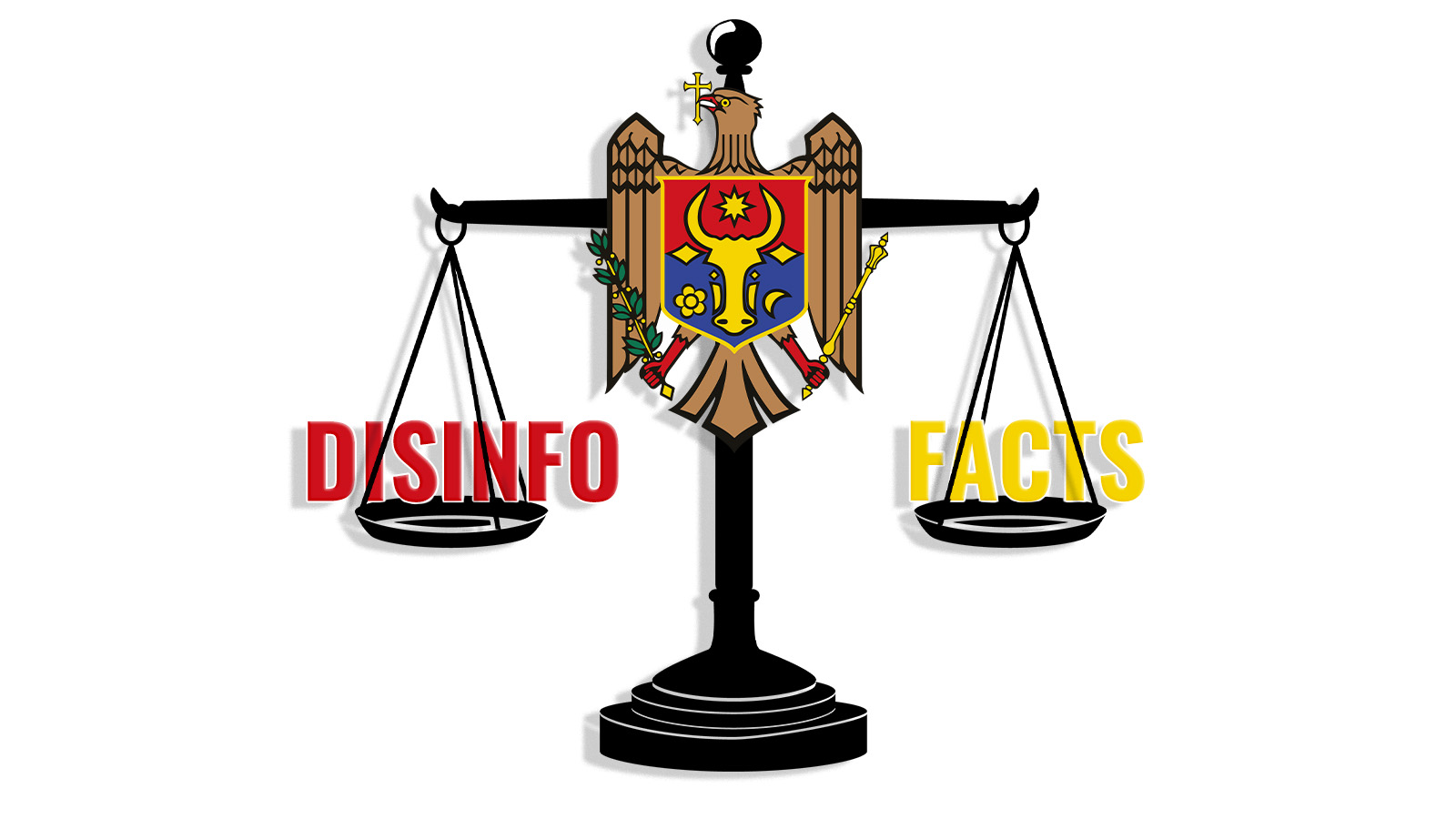 Disinformation and attempts to manipulate the electorate has a tradition in Moldova. The most famous disinformation narrative used during the 2016 presidential elections in Moldova concerned 30,000 Syrians. Opponents of pro-European candidate Maia Sandu claimed that she allegedly promised then Chancellor of Germany Angela Merkel to accept Syrian refugees if she won the elections. Instead Sandu lost to pro-Russian Socialist Igor Dodon, whose party used the ‘Syrians’ narrative both in electoral materials and on TV. Dozens of websites and social media accounts also spread it.

Four years later, when Maia Sandu and Igor Dodon faced each other again in the second round of presidential elections, the ‘immigrants’ issue had been already deflated. Instead, stereotypes related to women and the LGBTI community were mixed with narratives about Maia Sandu who allegedly wanted to sell land to foreigners (see reporting in NDI’s Moldova Election Watch).

Local disinformation was supported from Moscow. Russian state media and Kremlin officials constantly accused the EU and the US of interfering in Moldovan internal affairs. Moldovan branches of Russian-owned outlets, such as Komsomolskaya Pravda.md, spread these messages, which were also repeated by the local pro-Kremlin press.

… and parliamentary elections this year

Sandu won the presidential election, but these narratives came in handy during snap parliamentary elections held in the summer of 2021. Once again, the claim reappeared that Moldova was under the external control of the West and the EU in particular. Foreign aid to Moldova was proclaimed as bribery: in exchange for money, the West would take over and Moldova would lose its sovereignty. Pro-Kremlin media outlets also spread conspiracy theories about shadowy forces controlling President Sandu that allegedly intended to draw Moldova into NATO’s orbit and provoke Russia. In addition, the US was said to be interfering in the elections. The West was accused of using NGOs to manipulate the outcome and of preparing to destabilise Transnistria.

Disinformation outlets also ventured into social and cultural topics, exploiting a prominent pro-Kremlin disinformation trope about ‘threatened values’. This trope was particularly evident in disinformation and identity-based attacks against Sandu because, as an unmarried woman, she would undermine the institution of the family. The Moldovan Orthodox Church, subordinated to the Russian Patriarchate, was part of the network that disseminated this narrative.

In December 2020, the anti-propaganda law was abolished. The law had restricted foreign broadcasting in Moldova incl. Russian TV channels. Now, Russian TV programmes were freely broadcast in Moldova. This development was because the most popular TV channel in Moldova, Prime TV, rebroadcasts Russian state-owned TV station Channel One (Первый Канал). Moreover, another TV station, affiliated with the Socialists party, Primul in Moldova, started to rebroadcast the same channel. Beside it, other Russian TV channels like RTR, STS, TNT, NTV channels are also rebroadcast over the air waves and on all cable networks in Moldova. Some of these channels, like Russia’s Gazprom-owned NTV have a track record of promoting pro-Kremlin attacks on liberal political groups. Election related disinformation that appeared on these TV stations mostly alleged EU and US influence in Moldova and favoured pro-Kremlin parties.

Nevertheless, the pro-European PAS party won the parliamentary elections in 2021. As Moldovan observers explained, including in EUvsDisinfo, a reason for the PAS victory was the influence of debunkers and better-informed voters with critical thinking skills, including those from the diaspora.

Not surprisingly, politically affiliated media continued promoting their party messages after the elections. The newly appointed government is constantly targeted by disinformation, such as claims that the Russian language is being removed from schools, the traditional family is being destroyed, and schools will be closed. The same messages were promoted in the presidential election campaign.

During the October gas crisis, pro-Kremlin political parties and media tried to blame the new authorities for the situation, claiming that the leadership of the country caused the gas crisis and did not know how to manage it. Meanwhile, Moldova’s partners, the EU and NATO, stated that Russia was using the situation to bully Moldova.

According to different pro-Kremlin outlets, the ‘Sandu regime’ has no chance to survive, like all other governments that do not stay in Moscow’s sphere of influence. Some narratives disseminated by pro-Kremlin media outlets are built around the idea that buying gas from ‘alternative sources’ is a large scheme to rob citizens.

Those most exposed and susceptible to disinformation are Moldova’s ethnic minorities, who are loyal consumers of Russian media.

At the beginning of the pandemic, disinformation was promoted by Russian state media like Sputnik.md. It focussed on the origin of pandemic and conspiracy abounded, repackaging pre-COVID theories around George Soros, and casting Bill Gates as holding sinister plans to control the globe through microchipped vaccines; anti-5G narratives were are also prevalent.

Following the release of the vaccines, the emphasis of pro-Kremlin media was aimed at discrediting the vaccines approved by the European Medicines Agency while praising the Russian Sputnik V vaccine.

The increase in the volume of disinformation called for more efforts to counter it. NGOs and independent media launched fact-checking initiatives and debunked, both online and offline, many claims. Stopfals, for example, is a platform that targets, one-by-one, manipulative and false narratives, including those signalled by users.

The Association of Independent Press, one of the media organisations in the country, carries out activities for the development of critical thinking among media consumers, especially in rural areas where people have few alternative sources of information.

At the same time, the Institute for European Policies and Reforms is producing a series of podcasts on the subject of disinformation and the need for media education among citizens.

An important development for Moldova is that educators introduced Media Education as an optional subject in the study programme with the agreement of the Ministry of Education in the 2017-2018 academic year. An initiative of the Independent Journalism Center of Moldova, this optional subject is taught in 103 schools throughout the country.

A very important development for Moldova is that the optional subject Media Education was introduced in the study programme with the agreement of the Ministry of Education in the 2017-2018 academic year. Being an initiative of the Center for Independent Journalism of Moldova, at present, this optional subject is taught in 103 schools throughout the country.

Even if limiting and countering disinformation is not simple, its impact can be reduced as the examples above illustrate.