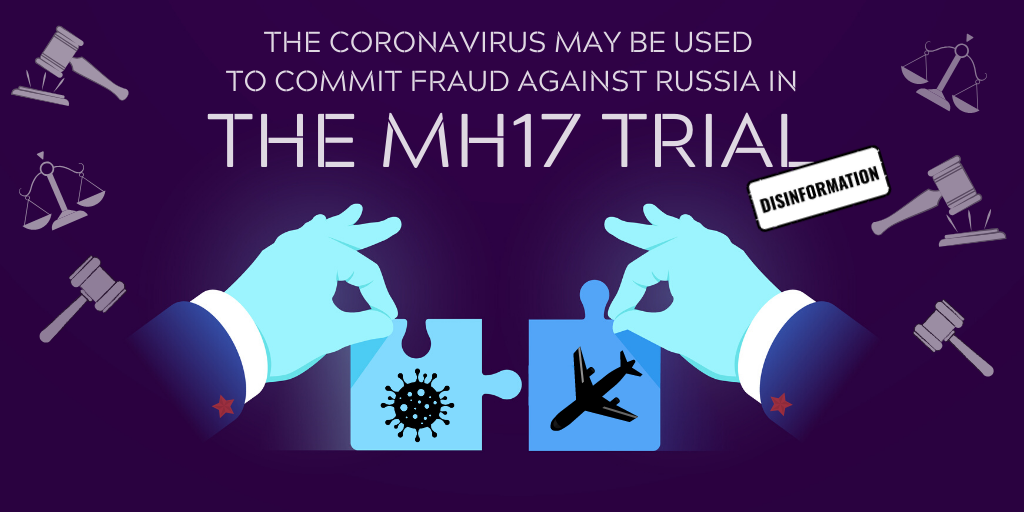 What do the MH17 investigation and coronavirus have in common? According to pro-Kremlin disinformation, both are apparently nothing more than Russophobic attacks by the West against an innocent Russia.

This week’s cases are a useful lesson in the opportunism and adaptability of the Kremlin’s disinformation machine, as well as its remarkable coordination across a number of different topics. Particularly striking was the synchronised messaging on two entirely unrelated topics: MH17 and the coronavirus outbreak. For the Kremlin, which is always eager to exploit a crisis for its own ends, the two topics apparently have much in common: both are evidence of Western “Russophobia”, “imperialism”, and a host of other evils.

This messaging was patently consistent across the range of disinformation outlets covered by our monitoring, once again demonstrating the high degree of narrative harmonisation within the pro-Kremlin media ecosystem. It’s hardly surprising, of course: a core principle of disinformation is the adaptation of predetermined conclusions to any topic or issue in question, thereby constructing an alternate reality in which everything is twisted and manipulated to promote a particular (pro-Kremlin) worldview. It’s this principle that explains how an outlet can shamelessly mash two wholly unrelated topics into a grand anti-Western conspiracy theory, claiming that the coronavirus may be used to commit frauds against Russia in the MH17 trial.

MH17 was again in the spotlight this week thanks to the pre-trial hearings that began in Amsterdam on Monday. The four defendants – Russians Sergey Dubinsky, Oleg Pulatov, and Igor Girkin and Ukrainian Leonid Kharchenko – face charges of shooting down the airliner and murdering all 298 people on board while holding senior posts in pro-Russian militias in eastern Ukraine in 2014. Dutch prosecutors have accused the Russian government of attempting to thwart the investigation of the crash. The list of over 200 disinformation cases on MH17 in our database corroborates this claim, with a new push this week to delegitimise the trial and JIT investigation as an anti-Russian witch hunt. Case in point: pro-Kremlin media complained that not only did MH17 investigators consistently ignore irrefutable evidence of Russia’s innocence, they were even planning to violate Russia’s sovereignty! And the outcome of the trial, they whined, is predetermined – intended to whitewash Ukraine and make Russia the culprit at all costs. There were some more creative conspiracy theories, too, like that Ukrainian security services shot down MH17 while under CIA control or that three homemade bombs were on board and somehow activated from a distance.

As the trial proceeds, expect the pro-Kremlin media to become increasingly hysterical in its denials and obfuscations. If the stakes were different, these antics would almost be cute – like a child caught stealing from the cookie jar. Unfortunately, we’re not talking about a precocious child with crumbs on his shirt but large-scale attempts to distort the findings of an international investigation into the downing of an airliner that killed 298 innocent civilians. And in light of the evidence produced by the JIT that the plane was brought down by a missile belonging to the Russian military, the pro-Kremlin media’s howls of “Russophobia” ring worse than hollow – they are outright vile. 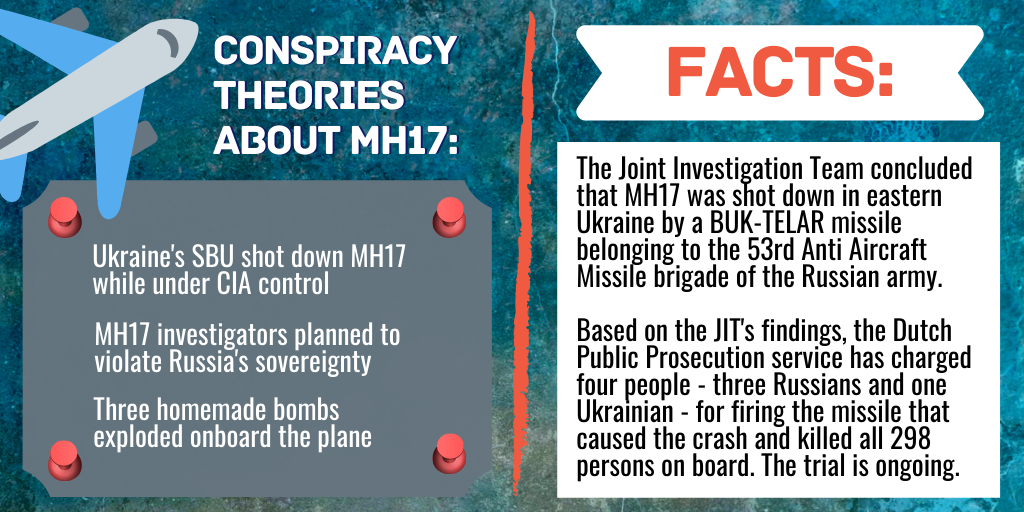 Considering how easily the Kremlin feels “besieged” by the Evil West, it’s of little surprise that the coronavirus epidemic is inspiring similar disinformation narratives casting Russia as the victim, even in the context of the MH17 trial, and the West as either the evil mastermind behind the outbreak or hapless in its response to it. On the one hand, the coronavirus is presented as a tool of Western imperialism – an American biological weapon against China and other countries, an instrument of the West’s information war, even a tool of hybrid warfare waged by shadowy “world centres”. On the other hand, we’re told that Western governments are lying about the coronavirus and exaggerating the threat with help from mainstream media. Poor Russia is caught in the middle, with Western media claiming that the coronavirus is a ‘Kremlin project’. Meanwhile, NATO is using the virus for bioterrorism against the EU to fend off Russia – this is obviously why it’s being found in countries that want to cooperate with Russia.

In addition to the targeted anti-Western content, we also saw the usual cases of “chaotic evil” (per the famous Dungeons & Dragons alignment chart) – conspiracy theories and false claims intended to exacerbate confusion, distrust, and fear about the epidemic. Pope Francis has been diagnosed with the coronavirus. In Ukraine, a remedy has already been developed. Just kidding – the whole outbreak is actually a lie! (To be clear – it’s not. Wash your hands!) It appears that the pro-Kremlin media is even exploiting the crisis to spread disinformation about vaccines.

Contrast these malicious efforts to exacerbate a global health crisis with new public communication campaigns in several countries. To promote practices like proper hand-washing and social distancing, some governments are turning to goofy songs that are quickly going viral. Our favourite so far is Vietnam’s “Ghen Co Vy”, produced with support from the National Institute of Occupational and Environmental Health. If only the Kremlin were as concerned with the health of its citizens as it is with spreading disinformation… 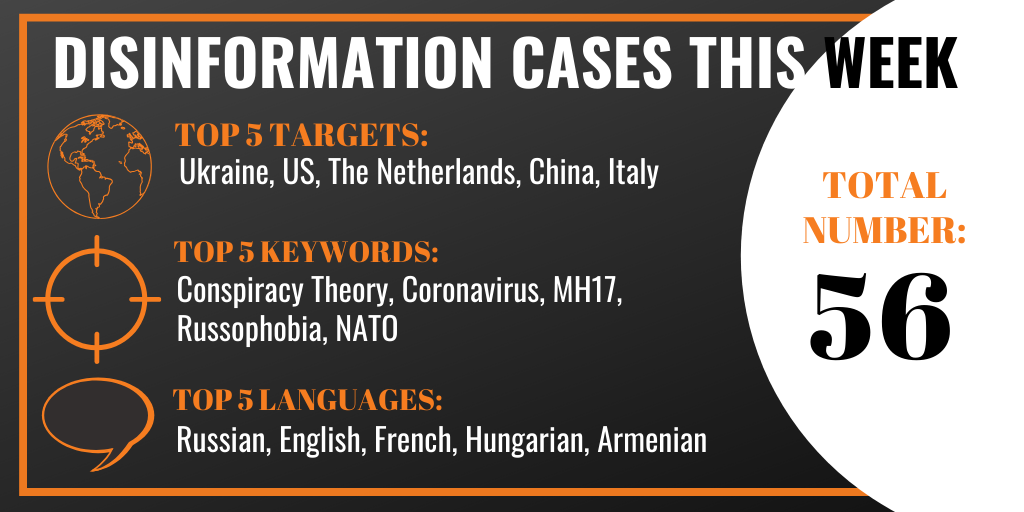