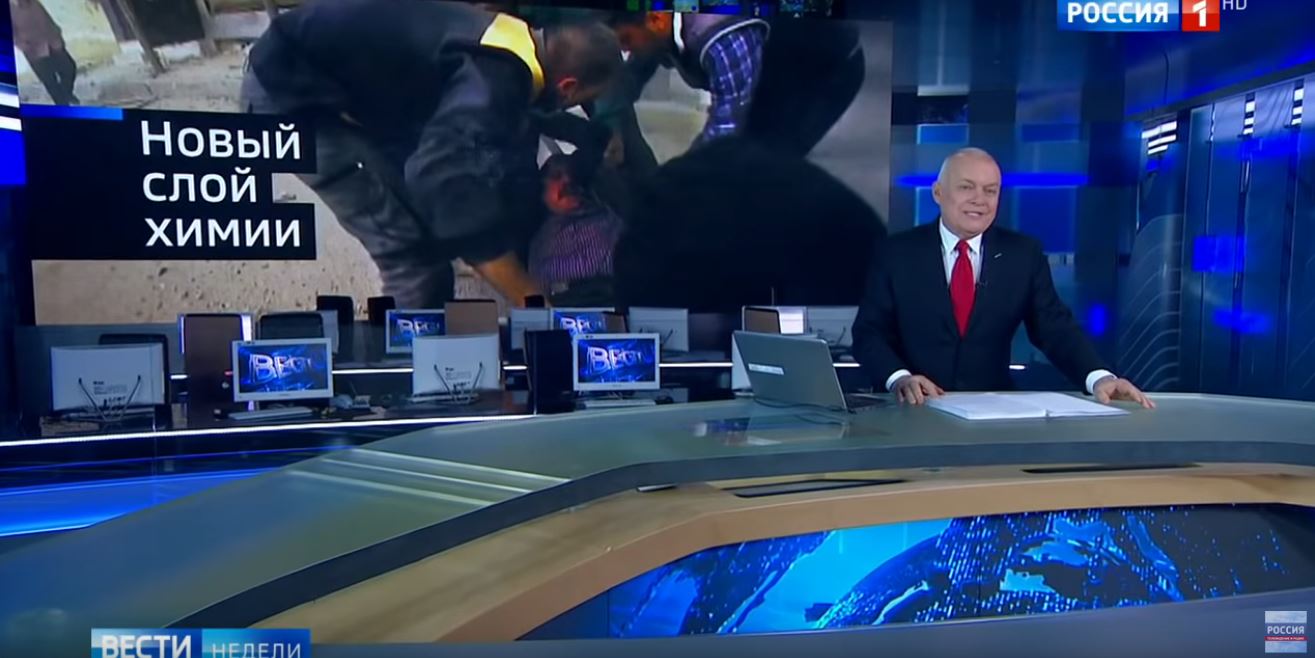 On Saturday, a high number of civilians were killed in the besieged Syrian city of Douma, with evidence pointing towards another chemical attack by the regime, according to the EU.

And in past weeks, Russia has launched a wide disinformation campaign on ex-spy Sergei Skripal’s poisoning.

Russian state-controlled TV combined the two topics swiftly. It started to confuse and distract the audience right away, linking both the reported chemical attack and the Sergei Skripal poisoning under the same explanation: “Western provocation”.

The main Russian news programmes on Sunday denied the Syrian regime’s involvement and Russia’s responsibility for the attack. Instead TV host Dmitry Kiselyov labelled the reports as “canards”, mentioning that the Syrian army has no motive to conduct such an attack, but that the US has, with help from the White Helmets.

Both allegations have been part of the pro-Kremlin disinformation campaign for a long time, and in February Russia Today and Sputnik already spread false information about a “provocation prepared by the White Helmets”. For the debunk see here.

The USA and the UK are now building a “Syria case”, as their Skripal case is “falling apart”, Kiselyov claimed. To be on the safe side, they are “applying another chemical layer” to “smear Russia”.

Another news programme on Channel One (00:36) used the same line, once again labelling the White Helmets as “an odious organisation that helps terrorists under the cover of humanitarian missions” and that has now invented “another dirty fake story”. See all the earlier debunks on disinformation about the White Helmets in our database.

For background on the long-lasting pro-Kremlin disinformation campaign on distracting the audience from the Syrian regime’s use of chemical weapons see our reports: