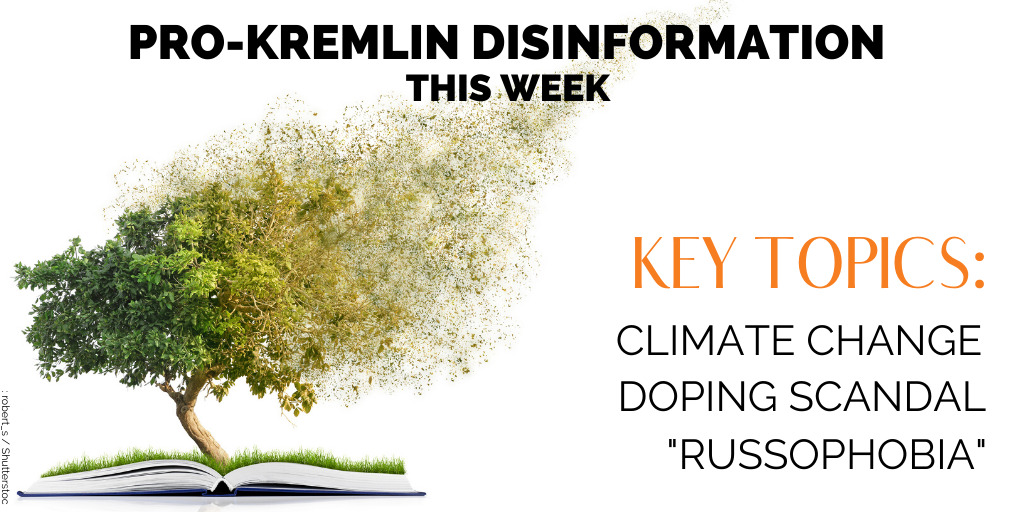 It has been an unusually “green” fall season. This week, delegates from more than 200 countries gathered in Madrid to kick off the UN Climate Change Conference, COP25, which follows on the heels of September’s Climate Action Summit in New York. Amid a growing sense of crisis about the climate emergency, attending countries pledged on Monday to launch a “green revolution” to combat global warming. Last week, the European Parliament also declared a state of climate emergency, while some media have actively begun using that term in their reporting.

Indeed, the stakes are high. Climate change is a scientific fact, and there is already extensive evidence of its devasting impact. But that’s not what you’ll hear from the pro-Kremlin media – on the contrary. Over the last few months, EUvsDisinfo has covered the rising trend of pro-Kremlin disinformation about climate change, which often invokes crackpot conspiracy theories to suggest that global warming is a Russophobic hoax or attacks climate activists – notably Greta Thunberg – to undermine the idea of genuine grassroots protest (one of the Kremlin’s worst fears).

Against the backdrop of COP25, this week predictably saw a deluge of disinformation along these same lines. The West has allegedly invented the “climate hoax” to stop Russia’s economic development and is using environmental issues as a “noose” against its competitors. There were also the usual sexist attacks against Greta Thunberg (as well as US Congresswoman Alexandria Ocasio-Cortez, who is pushing for a Green New Deal in the United States). Student activists in the Czech Republic were accused of wanting to destroy progress and the legacy of their forefathers in the name of “green religion”: ecologism, not ecology!

Interestingly, these narratives are not aligned with Russia’s own policy on the subject. In September, Russia formally joined the Paris Agreement – even though it has failed to submit a plan to cut emissions and its climate pledge remains notoriously weak. Vis-à-vis domestic audiences, Russian state media actually report facts rather than conspiracy theories (yes, really!). The government officially recognises the threat of climate change for “stable social and economic development”. It is telling, therefore, that the pro-Kremlin media so staunchly propagates climate change denialism in its disinformation campaign against the West, attempting to weaken public support for climate action and inflame tensions around a highly emotional topic. Sabotaging the West, by all means and at all costs, continues to be the common denominator of the Kremlin’s disinformation efforts. 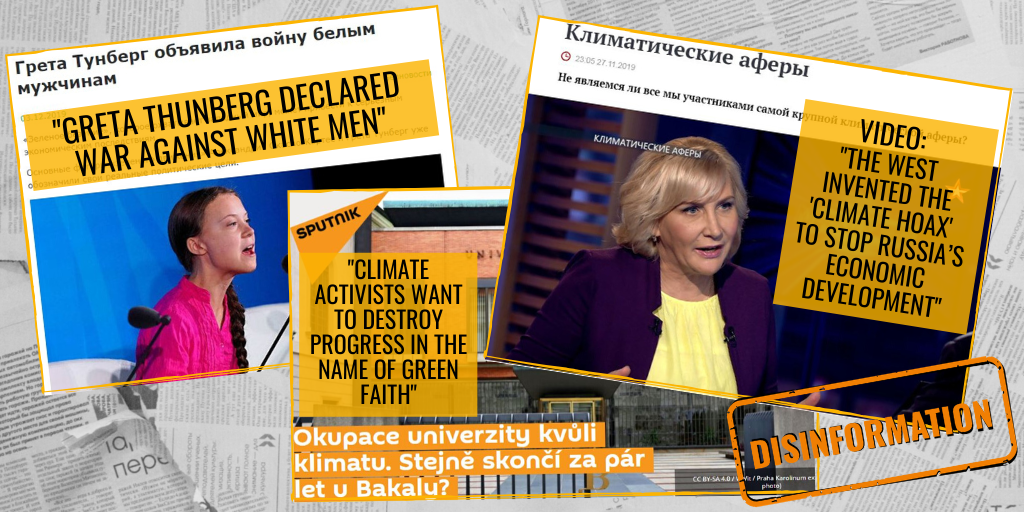 Revenge of the Englishmen and other “Russophobia”

But the “climate hoax” isn’t the only evidence of rampant Russophobia in the West. The World Anti-Doping Agency, which announced last week that it is seeking a 4-year Olympic ban against Russia, is apparently also on a flagrant Russophobic witch hunt.

In reality, WADA’s recommendation came after determining that Russia had submitted doctored lab data on its athletes as part of a deal to end the suspension of the Russian Anti-Doping Agency, which had been involved in a vast state-supported doping program. But the pro-Kremlin media engaged in its usual acrobatics to discredit and obfuscate this reality while painting Russia as the helpless victim of Western prejudice. “This story proves that Russia will be punished by the West simply because the latter can do so, not for Russia’s alleged wrongdoings,” Sputnik laments.

Of course, it wouldn’t be a well-rounded disinformation campaign without numerous competing explanations of “what really happened”:

The Kremlin’s disinformation stash is a lot like Forrest Gump’s famous box of chocolates… you never know what you’re going to get! 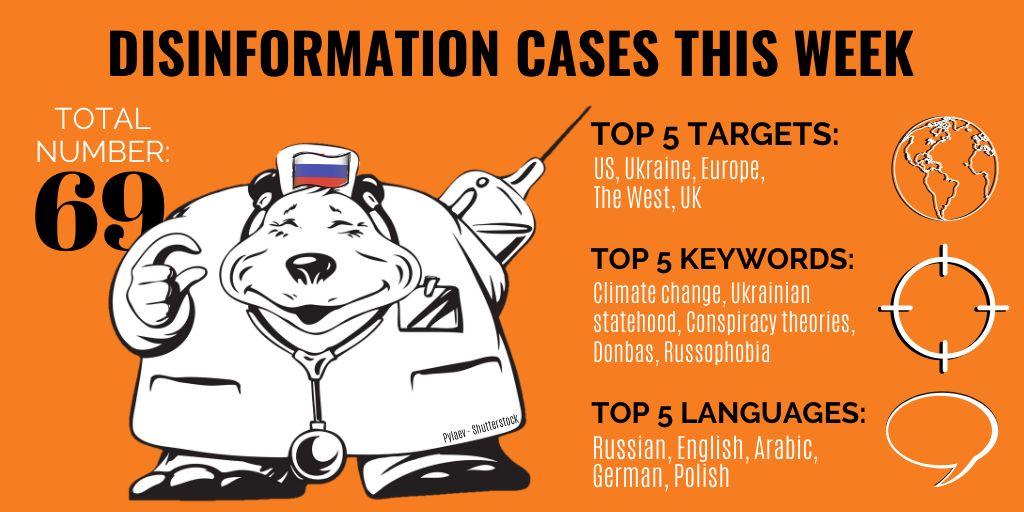