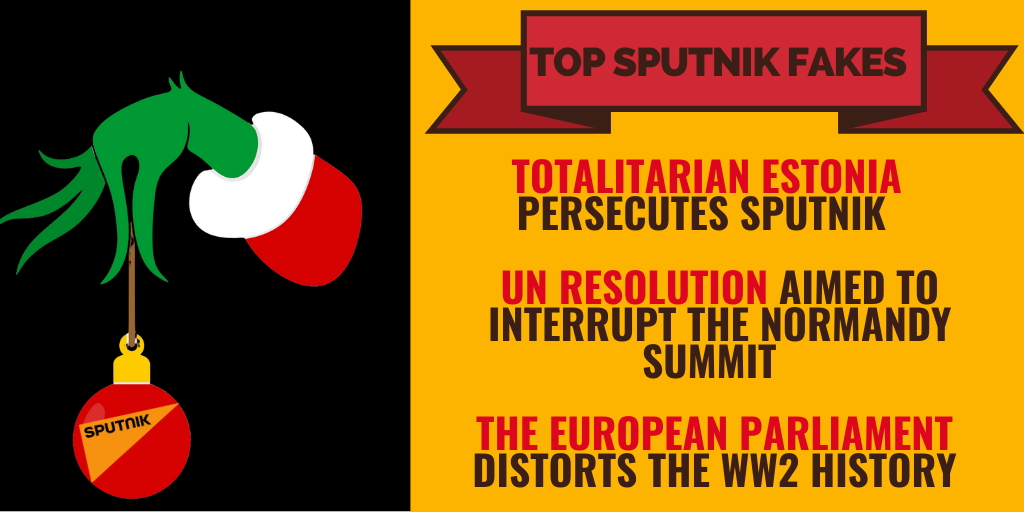 As the North American Aerospace Defense Command prepares for its traditional tracking of Santa’s journey around the globe on December 24, it’s also a suitable time to see how well the pro-Kremlin media covers the planet.

Based on our research, we were able to come up with close to 30 countries where Sputnik has created a web page. Those countries range from Vietnam to Armenia and include languages like Arabic, Dari and Persian.

While some Sputniks have up to three different languages per country, the total number of different URLs is 49. But what’s even more impressive is the fact that 31 of those URLs are in our database, meaning that they have been spreading disinformation. The societies affected range from Uzbekistan to Belarus, and from Germany to Spain.

In other words: while Santa flies around the world once a year, pro-Kremlin disinformation does the same, but on a daily basis.

WADA, Browder and the Baltics

Last week, pro-Kremlin disinformation outlets were fighting back against the World Anti-Doping Agency’s decision to ban Russia from the Olympics. As a response, accusations of doping were described as a theater of the absurd, a weapon against Russia, and revenge for Russian athletes’ victories. In reality, Russia could have made a serious attempt to stop its state-sponsored doping system, but evidently decided not to.

This refusal to accept responsibility can also be applied to the case of Sergei Magnitsky, who was tortured, denied medical care, and ultimately left to die in a Russian prison. Instead, the pro-Kremlin media describes the chief proponent of the Magnitsky sanctions, Bill Browder, a tax-cheating Jewish oligarch who keeps lying about his dead auditor to make everyone hate Russia.

And while we are on the point of Russia’s image in the West, according to pro-Kremlin disinformation outlets, the Baltic states are the main culprits in spreading Russophopbia. The Baltics are also said to be under Washington’s political control and increasing militarisation. In broad terms, one could argue that the signals of Sputnik are just like they were in 1957, when the satellite was first launched: self-defence is seen as aggression and criticism of Russia by the West as groundless – even absurd.

But in addition to disinformation, an old trick was applied in Finland, where the establishment of a new “Union of Journalists“ was announced. For the record, the real Union of Journalists in Finland (www.journalistiliitto.fi) has nearly 15,000 professional members who work in the media. The copycat Union imitates the same domain name (.com instead of .fi), but in fact its vice-chair is a Finn who resided for years in occupied Donetsk and ran a propaganda media operation there. Luckily, Twitter has already reacted and suspended the account of the copycat organisation. There is nothing new in creating fake NGOs with fake websites and social media accounts, fake embassies and even fake fact-checkers by pro-Kremlin disinformers. Earlier, a very similar operation targeted the European Centre of Excellence for Countering Hybrid Threats in Helsinki.

So, if pro-Kremlin media does not change its tune, we too have to continue tackling the globetrotting of disinformation. And that’s a nice promise for the new year. 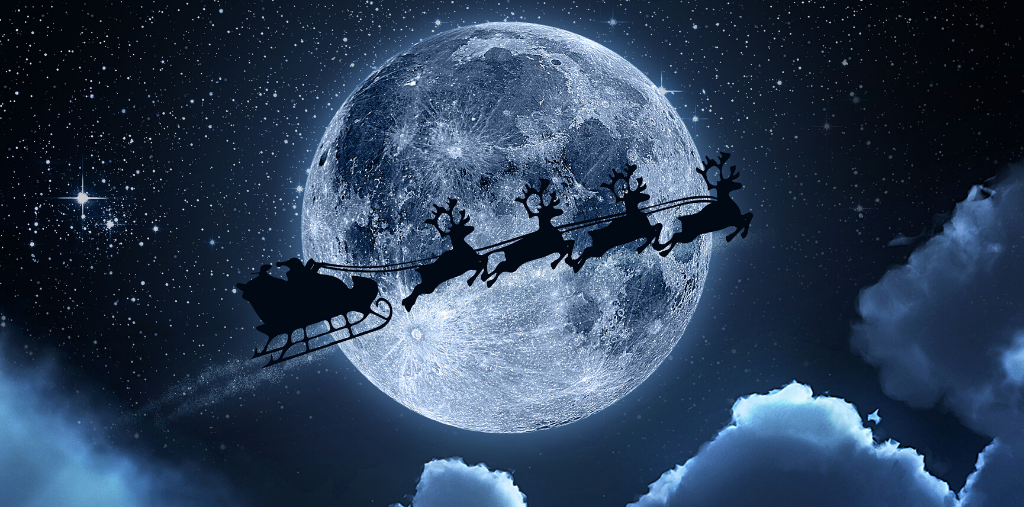 Date
Title
Outlets
Country
A new Union of Journalists for "independent media" established in Finland
Finland
NATO and EU are actively fabricating Russophobia in the Baltic States to justify their anti-Russian policies
Lithuania, Estonia, Russia, Latvia
The NATO puppet regime in Kyiv acts only in the interest of NATO, not in the interests of Ukraine
US, Ukraine
US Russophobia driven by US internal political processes
US, Russia
Liberal-globalism totalitarian ideology dominates the world, shared by all of the world's élites
US
Elites promote migration to Europe to prevent an alliance between right-wing and left-wing populism
American authorities intentionally terminated the INF treaty, Russia not at fault
US, Russia
Russia is not a part of the Ukrainian conflict
Ukraine, Russia
MH17 investigation is biased
The Netherlands, Russia
Normandy summit results: the EU plays on Russia's side and betrayed Kyiv, no bright future for Ukraine
France, Germany, Ukraine, Russia
Donbas problem arose after the Kyiv coup
Ukraine, Russia
Ukraine might finally see peace, unless the US Deep State sabotages it first
US, Ukraine
Zionist money already corrupting the 2020 elections
US
EP resolution on Molotov-Ribbentrop Pact is a manifestation of Western anti-Russian activities
Poland, Ukraine, Russia
Ukrainian language inspectors beat people for speaking Russian, send them to correctional labor camps
Ukraine
White Helmets, terrorists plotting false-flag chemical attack in Syria's Idlib
Syria, Russia
Terrorists and White Helmets prepare false flag chemical attacks in Idlib
Syria
The WADA expert group was geopolitically biased against Russia
Hong Kong, Brazil, Denmark, Australia, UK, France, Belgium, Sweden, Finland, Germany, Russia
Sanctions on Syria are illegal
Syria, US
White Helmets fabricated evidence used to bomb Syria
Syria
WADA's doping accusations, just like Skripal case an the downing of MH17 are Russophobic provocations
Russia
Anglo-Saxons are staging a colour revolution in Hong Kong with assistance from Vatican and Ukrainian Nazis
Hong Kong, Vatican, UK, US, Ukraine
No Trump-Russia conspiracy has been proven
US, Russia
European Parliament resolution distorts the history of World War II
USSR, Russia
Mueller report contains no evidence of Russian meddling in 2016 US election
US, Russia
Nazis and Vatican oppose the Union State between Belarus and Russia
Vatican, Belarus, Russia
Second Srebrenica to happen in Donbas if Ukraine receives control over the border
Ukraine
Aim of UN resolution on militarisation of Crimea was to interrupt the Normandy summit
Ukraine
EU has accepted Crimea's incorporation into Russia
Ukraine
OPCW covered up the chemical attack in Douma
Syria
War in Ukraine is civil war
Ukraine
Zelenskyy does not want to establish peace in Donbas
Ukraine
WADA's cold war against Russian athletes is Western revenge for their triumphal victory in the 2014 Winter Olympics
US, Russia
In November 2018 three Ukrainian warships carried out a provocation in the area of the Kerch Strait
Ukraine, Russia
The new EU "Magnitsky sanctions" are a way to distract Europeans from the internal problems
Russia
72.5% of Ukrainians support a compromise between Ukraine and Russia at all costs in order to achieve peace in Donbas
Ukraine, Russia
German and French military cooperation creates contours for the 4th Reich
France, Germany, Russia
Neo-Banderas' Ukraine is under the US and NATO control
US, Ukraine
The US may designate drug cartels as terrorist organisation to have an excuse for military control over Mexico
Mexico, US
Russophobic Baltic States are beggars and vassals of the West
Lithuania, Estonia, Baltic states, Russia, Latvia
Russia did not violate the Budapest memorandum
Ukraine, Russia
Hungary recognised Crimea as Russian
Hungary, Ukraine, Russia
Russia is not a party to the conflict in Ukraine
Ukraine
Eastern European countries in NATO are under Washington’s political and military control
NATO is trying to dominate the whole world
Middle East, Russia
Ukraine's Russian speakers revolted against nationalist coup in Kyiv
Ukraine, Russia
Former prime minister Vlad Filat was released from detention at the request of the government of Maia Sandu
Moldova
In the past 30 years, all wars have started because of NATO or the US
US
The US is Poland's master
Poland, US
NATO represents a threat to Russian security
Russia
The US is sending Nazi militants of the Azov Battalion to Hong Kong protests
China, US, Ukraine
Sputnik is the victim of an unprecedented persecution in “totalitarian” Estonia
Estonia
Agents of George Soros are destroying Armenian statehood
Armenia
Crimean people have expressed their desire to rejoin Russia in a democratic process
Ukraine, Russia
Tax-cheating Jewish oligarch keeps lying about his dead auditor to make everyone hate Russia
UK, US, Russia
Internal OPCW e-mail proves that OPCW's Douma investigation is biased
Syria
Western politicians and the media embrace Browder's story about Magnitsky without even checking it first
UK, US, Russia
Estonia oppresses Russian media as part of the new global wave of anti-Russian sanctions
Lithuania, Estonia, Russia, Latvia
Soros' offices and George Soros himself are known around the world as tools of civil revolutions
Armenia, Georgia, Ukraine
UN Commissioner Michelle Bachelet is trying to downplay police repression in Chile
Chile