Disinformation Review: What Are You Afraid Of? 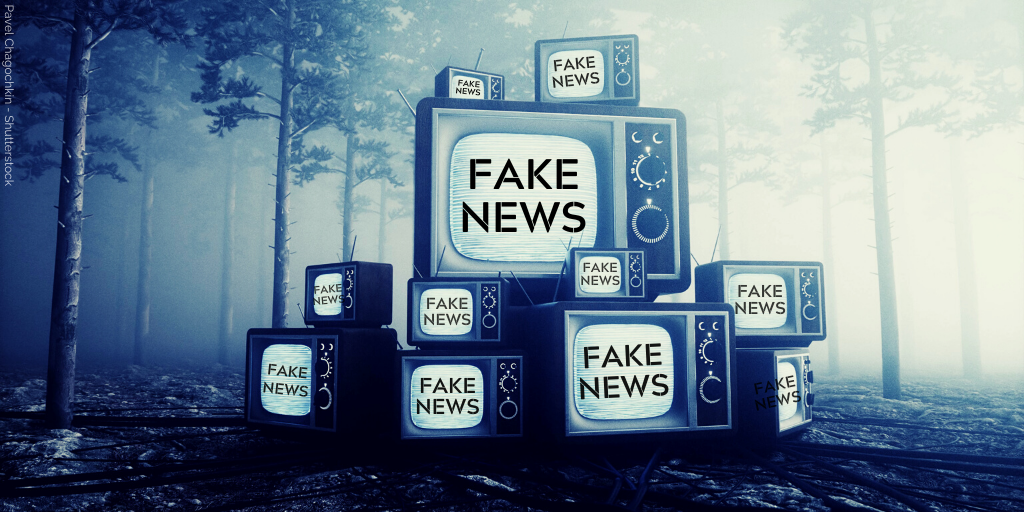 The old nemesis never gets tired: this week, according to Russian-language pro-Kremlin media, the US is planning to take over the Kaliningrad region, organising an information attack against South Ossetia, and creating a belt of instability around Russia.

As if there weren’t enough problems in the world, the Americans are also taking a quick stroll in Latin America to organise a coup in Bolivia that can be replicated in Russia and then used to dictate their will to the French.

While hardcore disinfo junkies know these narratives by heart, we still lack definitive data about the audiences these narratives reach. Conveniently, however, we do have numbers about YouTube views… 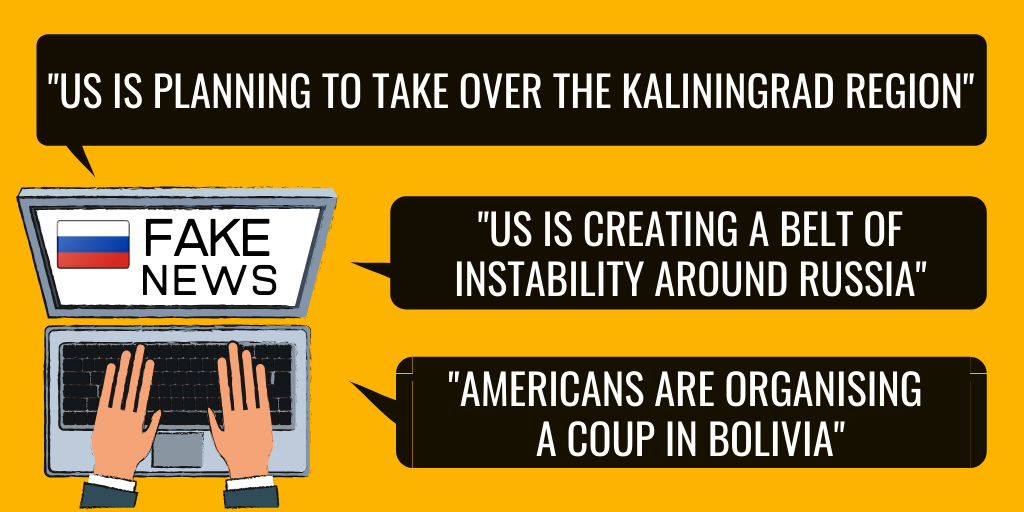 Of all the cases collected over the month of November, only 25 derived from YouTube videos of pro-Kremlin disinformation outlets. In sum, however, these 25 videos were viewed 2,553,395 times. The most popular video was an episode of Sunday evening with Vladimir Solovyov, which reached 580,649 views and claimed that Ukraine launched a war against the inhabitants of Donbas who had not accepted the coup d’état in Kyiv. It also falsely claimed that Holodomor was a large-scale sabotage against Ukrainians invented in Canada, USA, and in Western Ukraine.

An episode of The News of the Week with Dmitry Kiselyov got 554,144 views and claimed that JIT investigators tried to bribe Volodymyr Tsemakh, a key witness in the downing of flight MH17, by offering him witness protection, citizenship and a house in Holland.

While the common denominator of these narratives might be laundering Russia’s image and attempting to pin blame on someone else, the underlying theme also involves stoking fear by affirming that Russia is surrounded by the evil, ever-threatening West that is not shy of historical revisionism.

And this is one of the most consistent tendencies of pro-Kremlin disinformation: in October, for example, the two most common narratives out of 226 cases were that NATO is threatening and that an anti-Russian campaign is at play. With the alliance’s 70th anniversary approaching, accusing NATO makes sense. 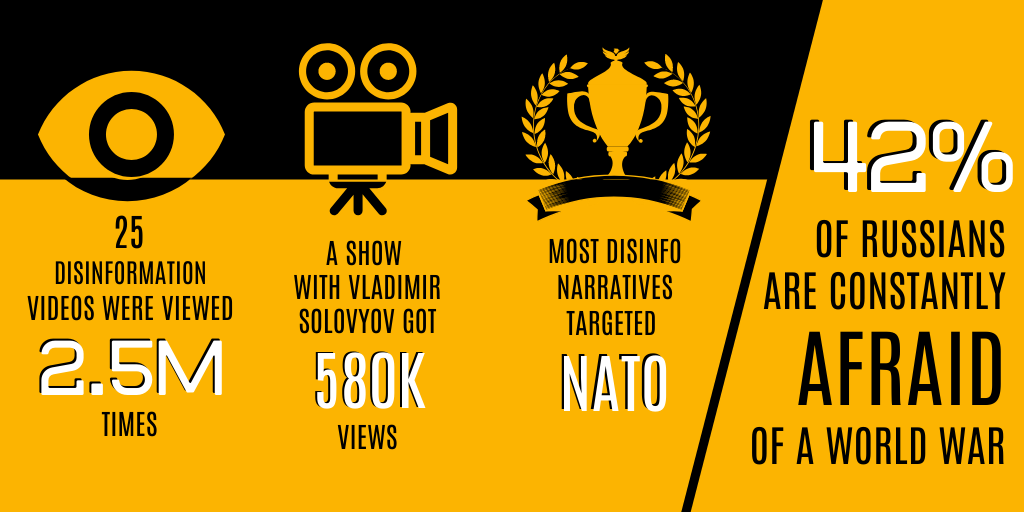 Fear of a World War

While it is impossible to draw any direct conclusions about the impact of this fearmongering on public opinion, it is nevertheless interesting that out of 1600 people surveyed in Russia in September and October 2019, 42% said they are constantly afraid of a world war. And while the threat is usually, but not always, vague, the role of the heroic defender is always crystal clear (hint: he is often shirtless, riding a horse).

One of the most effective ways to control the masses is through fear, as noted by Bertrand Russell in his writings on religion: “It is partly the terror of the unknown and partly the wish to feel that you have a kind of elder brother who will stand by you in all your troubles and disputes. Fear is the basis of the whole thing – fear of the mysterious, fear of defeat, fear of death. Fear is the parent of cruelty.”