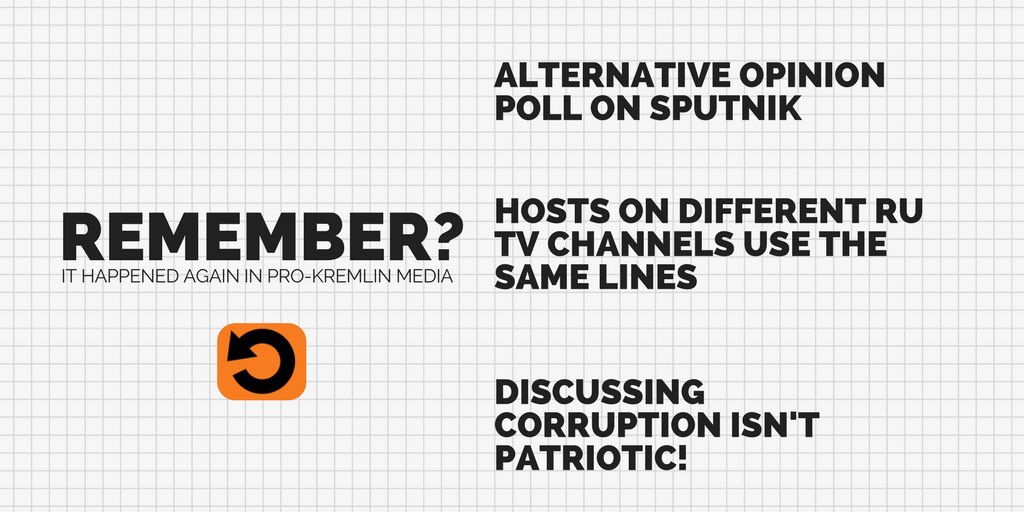 Sometimes it makes sense to take a step back from the overwhelming news flow and look back at topics that have already been covered. We picked a handful of stories we already published, but where there have been new developments:

Remember we wrote about the way Pro-Kremlin media, and Sputnik in particular, portray the French presidential election campaign? Now Sputnik has published an opinion poll carried out by a Russian research firm with no track record in Europe, and that made France’s polling commission issue a warning.

Remember we described how pro-Kremlin media were silent about the recent protests in Moscow, and how this showed the extent to which they were under political control? Now they have started to talk about the protests – but the control system still seems to be in place, since two important hosts on Russian TV used similar lines in their comments, (Voskresnoe Vremya and Vesti Nedeli, both on 2 April), as first noticed by Alexei Kovalev.

Remember we told you how children are exposed to disinformation and other kinds of propaganda in Russian schools – and how some of the children spoke up against it? Now the pro-Kremlin outlet Regnum says it’s the other way round: According to Regnum, Russian school children are subject to the opposition’s propaganda, which supposedly explains last Sunday’s anti-corruption protests. Similarly, Elena Mizulina, a well-known senator, said that discussing corruption in schools is “not patriotic”.

Remember our story about how the fake news debunking service on the Russian Ministry of Foreign Affairs’ website was rather meagre? That hasn’t changed. In fact, the debunking section of the website has been updated with just one new story over the past three weeks (accessed on 4 April 2017).