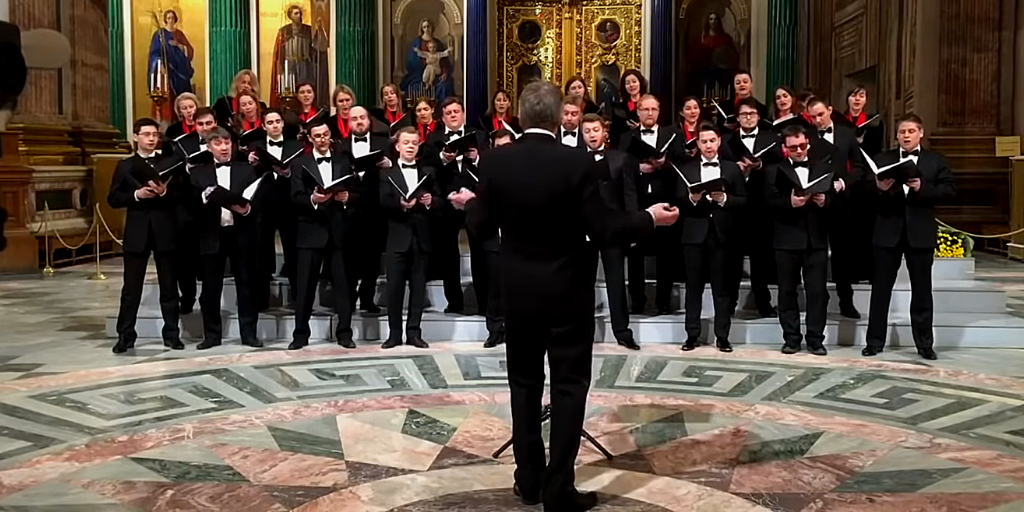 Hiding behind a joke is a very powerful instrument in the toolbox of disinformation. One can say literary anything; any unfounded claims can be forward and at first sight of protest withdrawn with the words “Don’t you people have any sense of humour?”. The NATO Strategic Communications Centre of Excellence in Riga published a few years ago a study on the use of humour in propaganda.

We have seen this pattern very often. Pro-Kremlin media try to drown the Skripal poisoning with sarcasm. Eventually words cease to have a meaning; like in a case recently, when a professional choir in St. Petersburg performed a song about setting the United States ablaze with nuclear weapons. For fun.

Pride in your country’s armed forces is generally not a bad thing. Pride in the men and women, ready to make the ultimate sacrifice for the defence of their nation. Wars and battles have shaped the Europe we see today. The memory of victories and tragedies of war is a part of the European heritage. Russia, as any European nation, has all right to express pride in the armed forces.

Russia celebrates its armed forces on 23 February: The Day of the Defenders of the Motherland; since 1995 – a public holiday. The day commemorates the 1918 establishment of the Red Army of Workers and Peasants, commanded by the Soviet War Minister Leo Trotsky. In the militaristic setting of today’s Russia, the Day of the Defenders of the Motherland has become a major holiday, and the St. Petersburg choir performed in on of the city’s most magnificent venues: St. Isaac’s Cathedral – a masterpiece of late classicism. The hour-long concert’s highlight was the song “On a little nuclear sub” – here in a coarse translation.

With some war-heads of a hundred megaton I might add

Crossing the Atlantic, obeying what the officer said

“Go forth and aim for Washington, comrade”

Hello there, time to go

And on his little aircraft, my friend, my little Vlad

Is on a quick approach, with gifts that he will add

Norfolk’s sleeping sweetly, what else can it do?

Toys are sound asleep, and Negroes sleeping too

America, excuse us now for disturbing you

Discovering your continent would be better to undo

The angelic voices do not really correspond with the bloodthirsty text, do they? Singing in a church – albeit formally a museum – about the incineration of the US (and with a racist undertone) might of course be considered a little in bad taste, but the choir itself sees no problem with this. A spokesperson for the choir is quoted by gazeta.ru, saying that the performance had no political undertones: “We wanted to congratulate our audience, we demonstrated to them that we are cherishing their day, their past, their work, that we are together with them. And they were happy to hear that and to participate. Don’t turn everything to politics; come to our concerts!”

Yes, we’re looking forward to the upcoming concerts! Maybe you could sing about the joys of the Gulag? In a non-political way, of course! Or, to really honour the memory of the founder of the Russian army, Leo Trotsky, the arbitrary killing of red army servicemen. In August 1918, Trotsky had 20 soldiers randomly executed in order to “root out cowardice”. Wouldn’t that be a lovely song on a healthy military topic, honouring the heritage of the Russian Armed Forces? A real crowd-pleaser, for sure. Maybe an idea for the Eurovision Song Contest? We have encountered similar song-writing proficiency in Russia on earlier occasions also. On that occasion, a children’s choir promised to help “Uncle Vova” – President Putin, that is – return Alaska to the Motherland.

In any case, the Disinformation Review is not a site, that is engaged in the choir promotion business. When it comes to disinformation, though, the song does contains one nasty example: Russia never had nuclear weapons of the 100 megaton magnitude. The top bomb ever to be designed and tested was the 50 megaton Hydrogen Bomb Tsar-Bomba, around 1500 times more powerful than the Hiroshima bomb. Tsar-Bomba was by the way entirely militarily useless, as it was so heavy that there were no aircraft with enough range to drop it on an enemy. But that is another song.