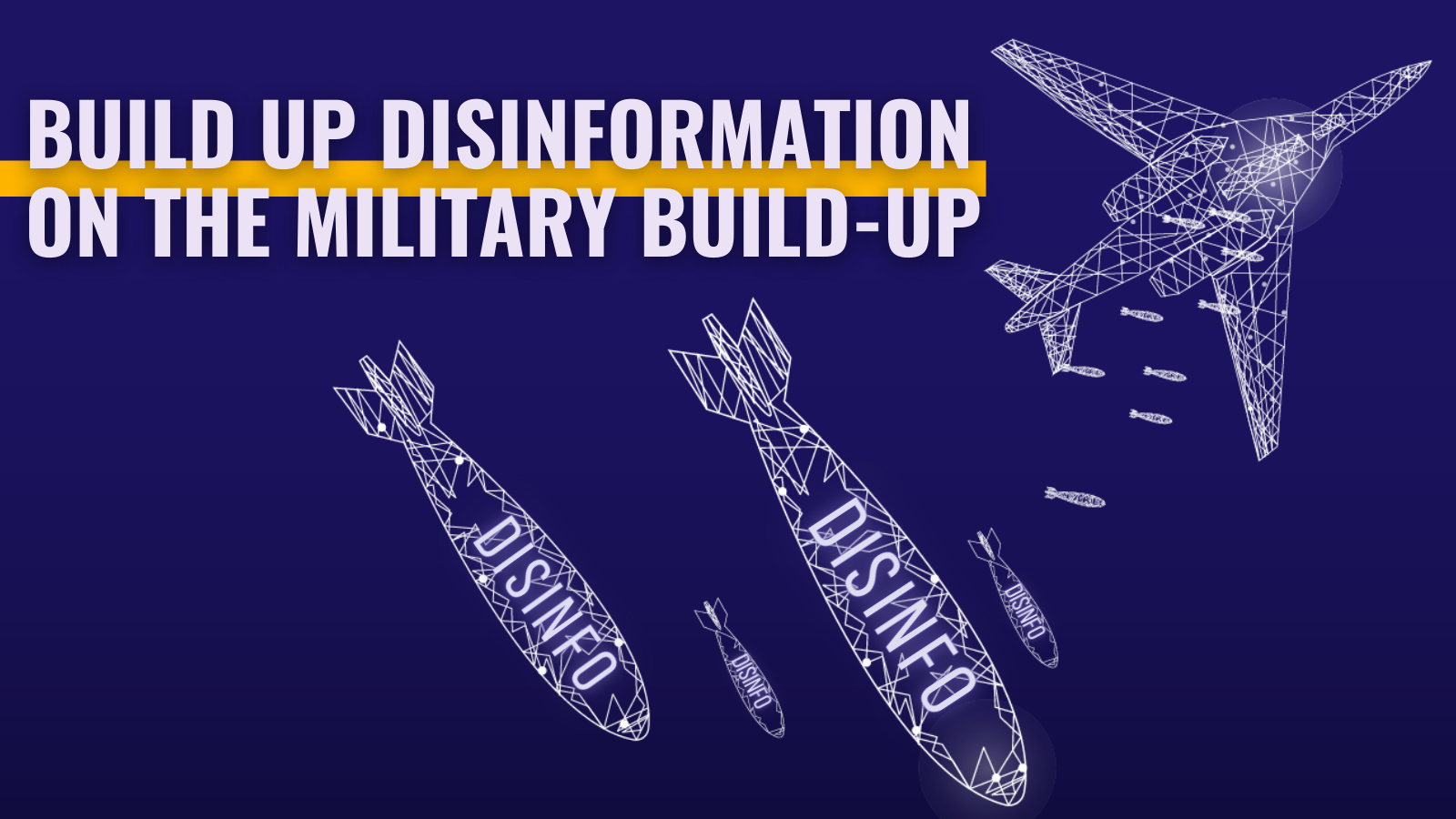 In 2019, the Russian Institute for Strategic Studies, a Kremlin-funded think tank, published the essay “Securing Information for Foreign Policy Purposes in the Context of Digital Reality”. The paper is quoting Russian military theorist Aleksander Bartosh:

This method of preventively shaped narratives is highly visible as we look at the steady disinformation flow concerning Russia’s military build-up around Ukraine.

For example, we spotted the claim the Ukrainian Armed Forces seek to provoke a full-scale armed conflict in Donbas. Similarly, there was a claim that by provoking Russia, Ukraine plays the role assigned to it by NATO, namely to justify the existence of the Alliance under the pretext of the Russian threat.

Many of these narratives aim to portray Ukraine as a puppet of the West, forcing audiences to see the conflict as an easy-to-comprehend standoff between East and West. Think of the claim that “Anglo-Saxons” are pushing Kyiv to full-scale hostilities in Donbas. Also supporting this framework is the false story alleging that President Zelenskyy tries to seize power by force in order to please foreign sponsors. Similar is the claim that Zelenskyy is unable to make independent decisions and dances to the tune of the US.

One narrative even drags this theme of Ukrainian dependence into the realm of religious beliefs and churches. According to this claim, it was under US influence that the Constantinople Patriarchy granted autocephalous status for the Ukrainian church in 2019, in order to weaken Moscow Patriarchate. We had plenty of these cases in 2019.

More “proof” that the West is behind the fresh escalation, is the claim the US is preparing Ukraine for war in Donbas, allegedly sending weapons every day. In the same vein, another claim alleges the US uses Ukraine as an intermediary, as a meat grinder, to further its plan to counter Russia and spark a new war in order to serve the interests of the US military-industrial complex.

Pro-Kremlin media again pushed the false narrative we saw last week, in which a 4-year-old child in Donbas perishes after a Ukrainian army drone attack. The emotionally stirring claim is unverified and the OSCE’s special monitoring mission to Ukraine did not report the incident so far. 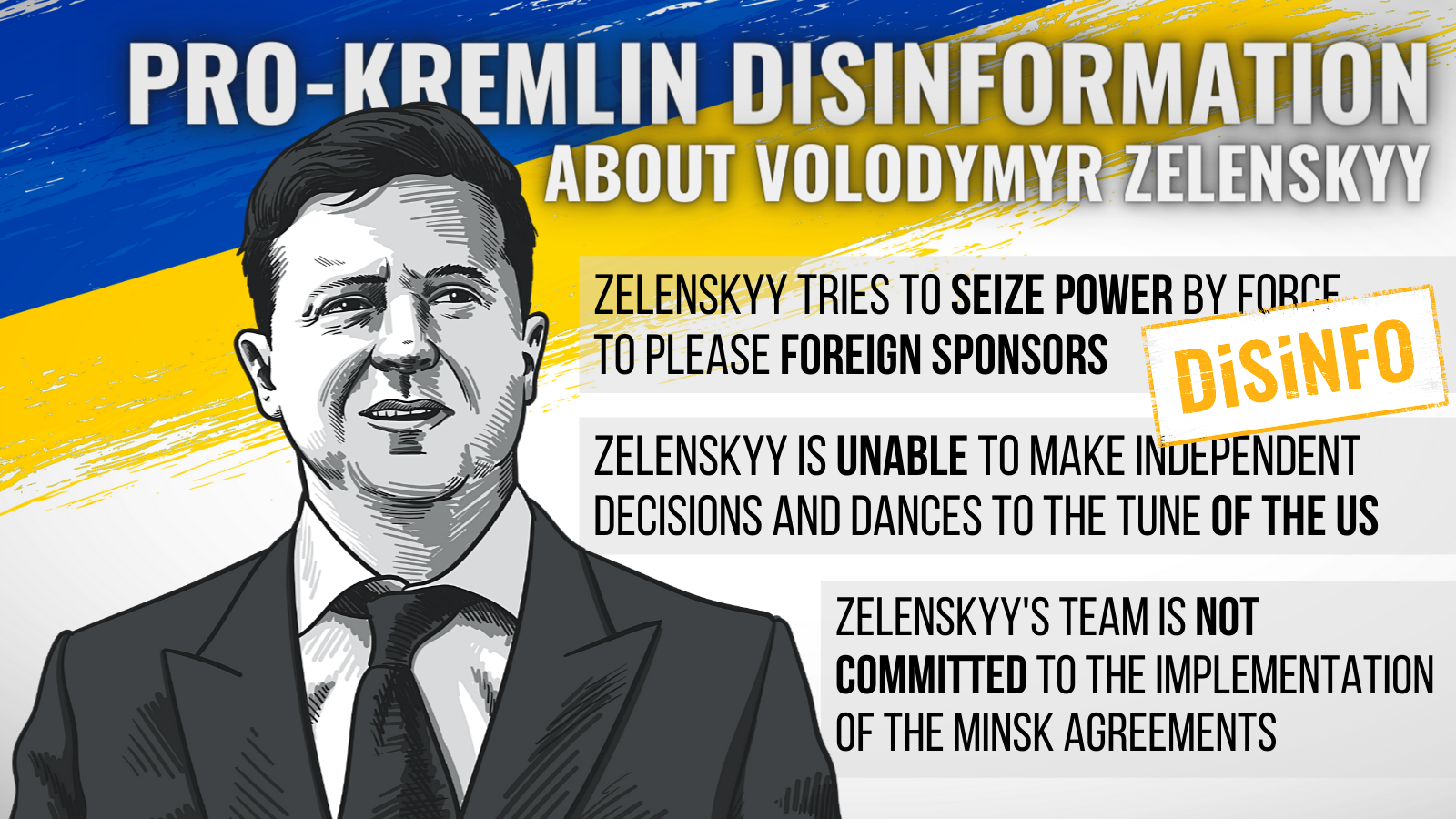 Pro-Kremlin media also spread disinformation downplaying Russia’s role in Ukraine. Since 2015, we have already spotted 116 claims about a civil war in the country. This supports the false view that Ukraine is locked in a civil war, while masking Russia’s interference and illegal annexation of Crimea.

In a similar (and recurring) narrative, which seriously downplays Russia’s involvement, it was claimed Crimea voted democratically, in full compliance with international law, for reunification with Russia.

Also we spotted the claim that Ukraine launched a military operation in 2014 against the “Donetsk People’s Republic” and “Luhansk People’s Republic”, while Russia repeatedly stated it was no party in the conflict. Stating you are not party does not make you innocent. 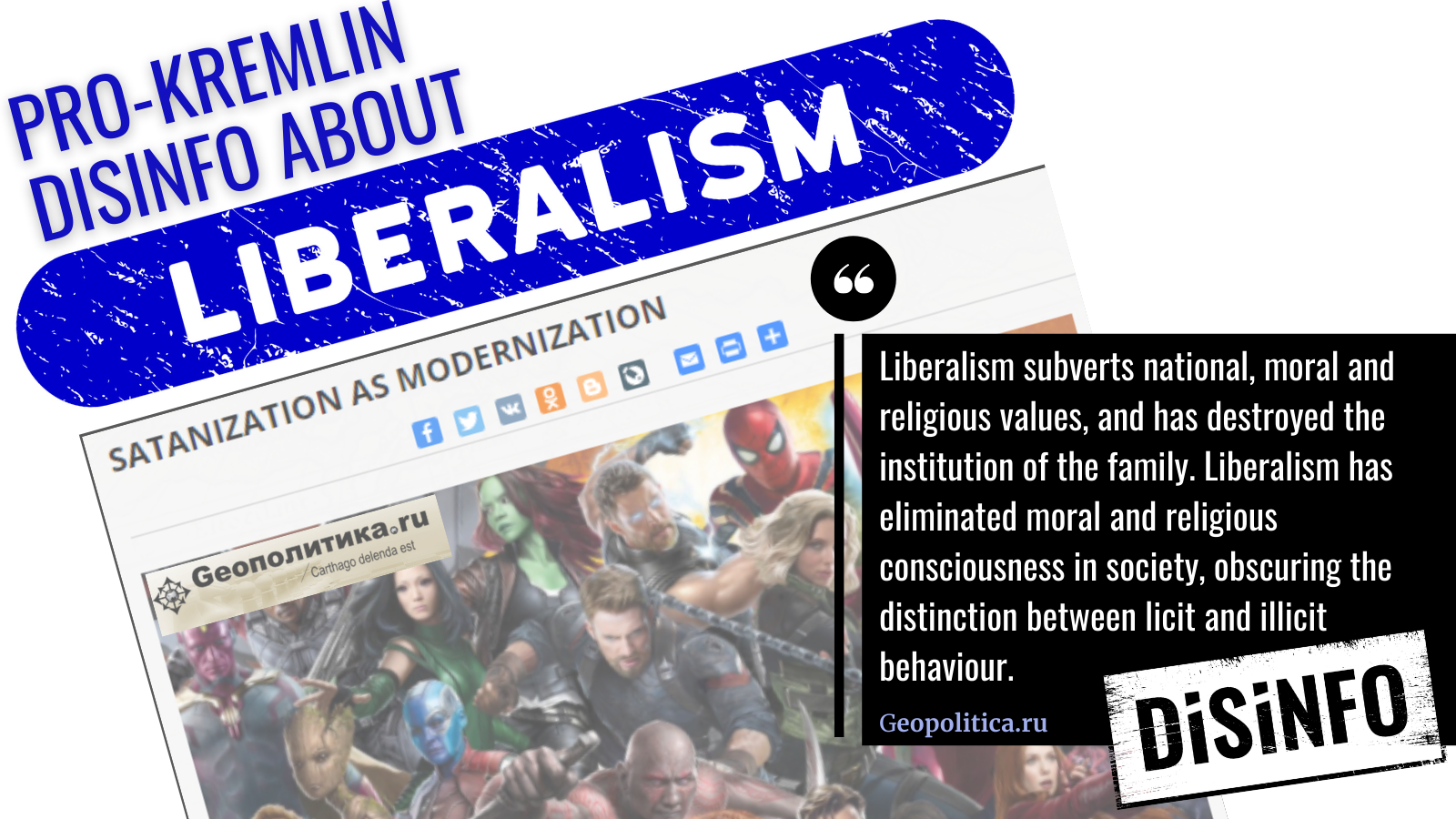 Vaccine revulsions and the Anglo-Saxon Order

This week we spotted double standards when it comes to COVID-19 vaccines. In the West, the Sputnik V vaccine is targeted by an aggressive denigration campaign.

Ukraine, Covid-19, vaccines – in the world of pro-Kremlin disinformation, everything is eventually about the Western plans to establish a world order. Generals always fight the last war.

This imagined world order originates in the US. Therefore, it is not surprising we again spotted the claim “the Biden regime” is illegitimate and anti-American. Another claim contests the legitimacy of Biden’s victory, offering a remarkable benchmark for democratic legitimacy: the election of Vladimir Vladimirovich Putin himself.

As always, there were even more extravagant dishes served from the pro-Kremlin media kitchen. One claimed that “liberalism equals Satanism”, as it subverts national, moral and religious values replacing them for satanic ideals. Another claims that for Europeans, consuming the Navalny story has become the most preferred “fastfood”.

You can try it yourselves.

Correction: An OSCE team visited the site of the incident on 2 April and reported their findings. Link here.