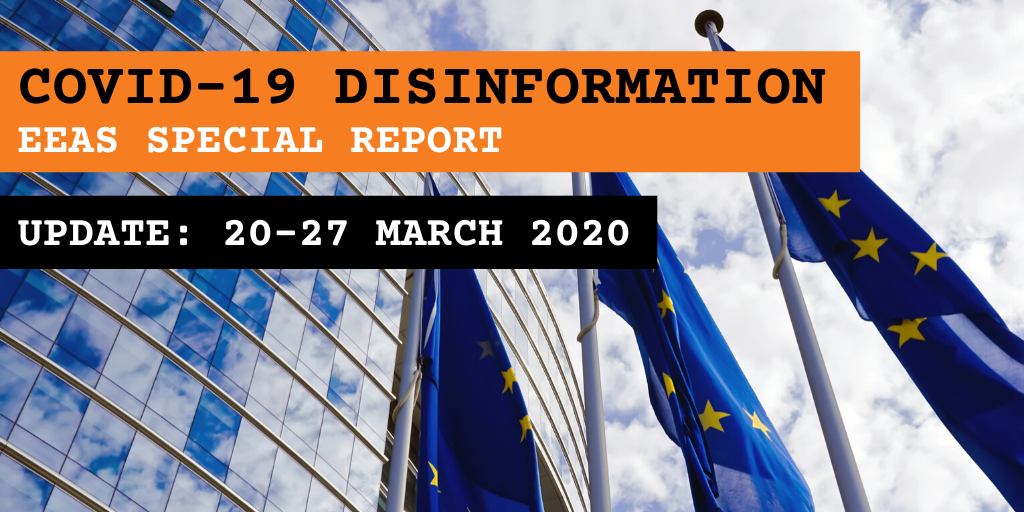 Note: The objective of this report is to provide a snapshot overview of the current trends and insights into disinformation activities related to COVID-19. It does not provide a comprehensive or complete overview and focusses primarily on the external dimension, in line with the EEAS mandate. The report was authored by the EEAS Strategic Communications and Information Analysis Division, which contributes to the EU’s efforts to counter disinformation, including through detection, analysis and exposure of disinformation campaigns. In addressing disinformation and identifying and analysing disinformation surrounding the COVID-19 outbreak, the EEAS is working closely with the European Commission and EU Member States. The EEAS also cooperates on this issue with international partners (G7, NATO and non-state actors). The results are regularly published on EUvsDisinfo.eu and social media channels. Insights are shared with EU institutions and EU Member States in real time, including through the Rapid Alert System on Disinformation.

Disinformation and misinformation around COVID-19 continue to proliferate around the world, with potentially harmful consequences for public health and effective crisis communication. In the EU and elsewhere, coordinated disinformation messaging seeks to frame vulnerable minorities as the cause of the pandemic and to fuel distrust in the ability of democratic institutions to deliver effective responses. Some state and state-backed actors seek to exploit the public health crisis to advance geopolitical interests, often by directly challenging the credibility of the European Union and its partners.

While some state actor-driven open-source activities can be easily evidenced, it is almost impossible to detect and attribute covert behaviour in the absence of more transparency and closer cooperation with the online platforms. The following is a taxonomy of informational challenges around the COVID-19 pandemic: 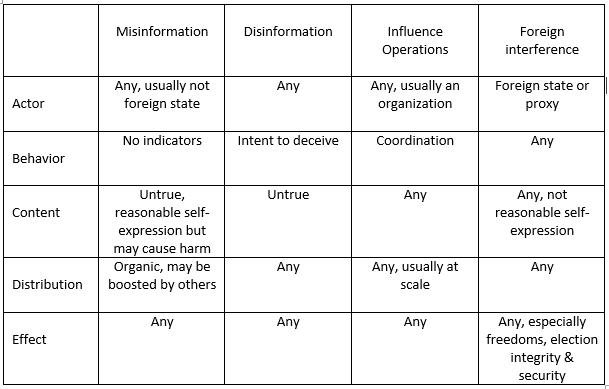 In detail: COVID-related disinformation and propaganda

False health advice and misinformation continue to travel far on social media. In Turkey, fake cures such as “drinking pure alcohol” or the idea that “Turkish genes are immune to the virus” continue to circulate on online platforms. Fact-checkers in the Eastern and Southern Neighbourhood and Western Balkans have reported unprecedented volumes of disinformation and conspiracy theories about the “man-made” virus and “miracle cures” with potentially devastating effects on public health and social cohesion. Such content continues to circulate widely in EU Member States, too. Via state and social media, the Kremlin’s spokesperson reiterated this week that “de facto there is no epidemic in Russia”, with independent Russian journalists expressing concern that authorities are downplaying the epidemic. An investigation by ProPublica revealed a network of fake and hijacked Twitter accounts originating from China that were used to spread disinformation about COVID-19.

In the Chinese information space, there are attempts to suggest for instance that it was brought to Wuhan by US military personnel, or that it may have originated in Italy. In Montenegro, the government’s emergency measures were framed by actors as being directed at the Serbian Orthodox Church.

“The EU is failing to deal with the pandemic; the Union is about to collapse”: narrative is promoted by pro-Kremlin sources, several domestic networks/sources in EU Member States, Eastern Partnership countries, the MENA region, the Western Balkans, and African countries. In the MENA region, for instance, the idea that the EU is “dismantling” in the face of COVID-19 is widely propagated.

“The EU is selfish and betrays its own values”: promoted by pro-Kremlin sources, several domestic networks/sources in EU Member States, Eastern Partnership countries, the MENA region, the Western Balkans, and African countries. In Ukraine, for instance, catastrophic messages about the EU’s imminent collapse were combined with the portrayal of Ukraine as a “failed state” that was “abandoned by its European allies”.

“Russia and China are responsible powers”: pro-Kremlin media particularly focused on Russian aid delivered to Italy, proclaiming that “Russia is helping Italy and the EU is not”. The message appears to resonate with domestic audiences: several videos are circulating on Instagram in Italian showing individuals swapping the EU flag for the Russian flag, or displaying Russian military vehicles on Italian streets. State-controlled Rossiya 1 TV channel reported with a measure of sarcasm that a Russian military convoy travelled on “NATO roads”. Pro-Kremlin sources also depicted the Chinese “global project” as superior to the EU. Chinese state-controlled media and social media channels strongly promoted the idea that the Chinese model is superior in tackling COVID-19, while highlighting global expressions of gratitude for Chinese aid delivery, including in Italy. Many experts argue that besides crafting a better international image, China’s overall goal is to maintain social stability at home.

“The EU is exploiting the crisis to advance its own interest”: This narrative was less prominent, but still promoted in several of the regions under analysis. In Georgia, sources allegedly quoting the “South Ossetia KGB” claimed that under the guise of the pandemic, Tbilisi is violating the “border” with South Ossetia with the help of the European Union Monitoring Mission in Georgia. In Syria, the regime promoted the idea that by holding on to sanctions, the EU and US are undermining humanitarian and medical responses to COVID-19. Similarly, RT claimed that the White Helmets (a prominent target of pro-Kremlin disinformation) are using the pandemic to further the US coalition’s regime change agenda in Syria. In Kosovo, the notion that “the crisis reveals the EU’s pro-Serbian bias” gained traction.

All platforms have continued their efforts to increase the visibility of the WHO and other authoritative health content on their services. In an unprecedented move, all major platforms have also adjusted their content policies in response to COVID-19. Facebook, for instance, announced it would now take down “claims that are designed to discourage treatment or taking appropriate precautions”. Yet, there are several fundamental challenges about the new content restrictions, in particular as regards the transparency of the reasoning and the enforcement of the rules. In addition, the major platforms continue to monetise disinformation and harmful content on the pandemic (including pro-Kremlin disinformation sites), e.g. by hosting online ads on pages that misrepresent migrants as the cause of the virus, promote fake cures or spread conspiracy theories about the virus.