Europe according to pro-Kremlin outlets: Islamisation, censorship, war, dying out 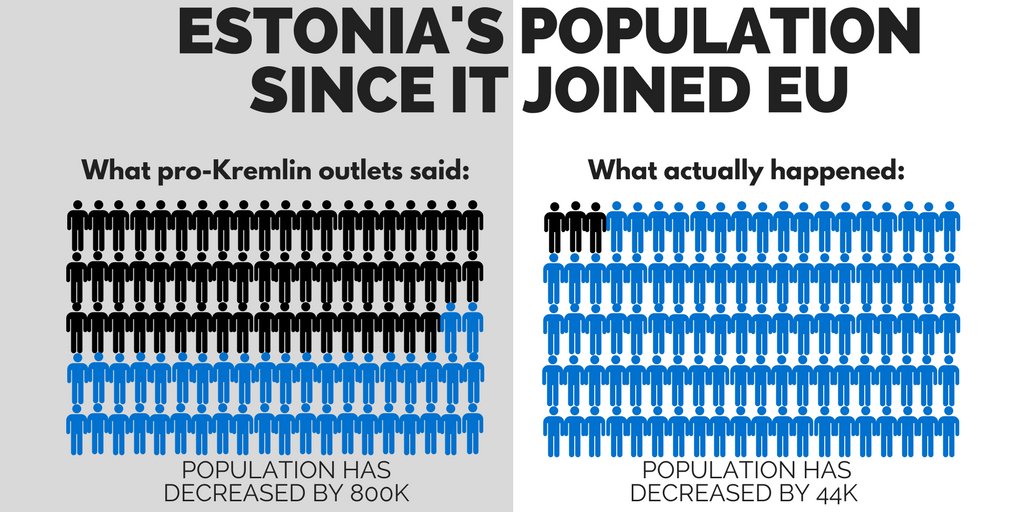 We have seen plenty of disinformation targeting Europe this week. A Czech disinformation outlet wrote that the Council of Europe enforced a rule that Czech children are stolen from their mothers, in order to privilege the LGBT community and help the islamization of the nation, thus playing into two common anti-Western narratives in one go.

A Slovak outlet accused the German Press Council of censoring media, which are allegedly banned from mentioning the religion and ethnicity of people in their reporting. In fact, the non-binding rules were changed directly to the opposite: “The German Press Council on Wednesday eased slightly the rules about mentioning the religious or ethnic background of a criminal suspect,” writes thelocal.de.

A Bulgarian outlet spread the message that Turkey is preparing a military attack on Bulgaria. The Disinformation Review has reported over a dozen cases of such alleged planned attacks, none of which happened, but which blur the realities of aggression that has taken place in Europe’s Eastern neighbourhood.

Finally, a Georgian outlet told its readers that EU membership has had such devastating consequences for Estonia that the country has lost 800,000 citizens. The pro-Kremlin disinformation narrative of Europe’s depopulation has been seen before, targeting Scandinavia. Estonia’s population is around 1,3 million. We suspect that if the country really had lost two thirds of its citizens, someone there might have noticed.

The Minsk agreements are anti-Russian. Only Russia honours them

But even smear campaigns need some refreshment. Thus, we saw some embellishment too, with pro-Kremlin outlets claiming that the US was targeting the Russian space industry when it “organised Maidan in Ukraine” (sic) and that Europe has always provided Ukraine with misfortune, grief and death – despite the EU being both currently and historically the biggest donor to Ukraine.

The recent decision about Russia’s contestant to Eurovision was also covered. Ukraine announced that since Yulia Samoylova had violated Ukrainian law by entering Crimea from Russia, she would not be allowed into Ukraine. Pro-Kremlin outlets turned this into a claim that Ukraine was against disabled people.

The message that Hungary will annex part of Ukraine was revived once again. Pro-Kremlin outlets repeat this disinformation every couple of weeks in one form or another (sometimes Hungary, sometimes Poland or Romania). But there is only one country that has violated Ukraine’s territorial integrity in the modern age, and that is Russia.

Russia’s own actions got some coverage on Russian TV (although less than the events outside Russia): we heard in the Vremya Pokazhet show that it is only Russia that fulfils the Minsk agreements, unlike e.g. the EU. Yet the 28 member states of the EU have recently prolonged sanctions against Russia – precisely for not fulfilling the Minsk agreements.

The story shows some inconsistency in pro-Kremlin disinformation: two weeks ago, another disinformation oriented outlet claimed that the Minsk agreements were just a Western tool designed to prevent Russia from fulfilling its geopolitical mission. But as we have explained in the past, the aim of Russian disinformation does not have to be to persuade an audience to believe, but rather to confuse, distort, blur, and undermine the very concept of truth (see e.g. here).

Date
Title
Outlets
Country
The Open Society Foundation would prefer not to consult Hungarian...
hidfo.ru
Middle East
The Ukrainian army is using white phosphorus ammunition in Luhanska...
miaistok.su
Ukraine
Ukraine is providing weapons to Daesh fighters
Ukraine
Moldovan opposition politicians were receiving instructions about organizing large-scale protests...
Sputnik Moldova
Moldova
The US hawks are changing their strategy - they are...
bit.ly
Canada, US
The Council of Europe has imposed such rules on the...
czechfreepress.cz
Czech Republic
The murder of Denis Voronenkov, former deputy in Russian Duma,...
Ukraine
The West has created radical islamism
Petr Tolstoy's "Vremya Pokazhet" - YouTube
It is now confirmed that Donald Trump's team was surveilled...
hlavnespravy.sk
US
The German media must censor the ethnicity and religion of...
hlavnespravy.sk
Germany
The Ukrainian army is performing false flag shootings against itself...
miaistok.su
Ukraine
Global elites want to move the Arabic world to Europe...
aeronet.cz
By banning the Russian contestant from the Eurovision Song Contest,...
NTV - YouTube
Russia, Ukraine
Europe has always provided Ukraine with misfortunes, grief and deaths
Petr Tolstoy's "Vremya Pokazhet" - YouTube
Russia, Ukraine
Europe will ban Ukraine from growing wheat, as the Baltic...
Ukraine, Baltic states
Russia, unlike the EU, fulfils the Minsk agreements
Petr Tolstoy's "Vremya Pokazhet" - YouTube
Russia
The fascist military junta in Ukraine wants to incite civil...
Facebook resource
Ukraine
David Rockefeller has died, not even the secret rituals with...
aeronet.cz
President Poroshenko admitted that Ukraine has lost Donbas
tvzvezda.ru
Ukraine
Ukrainians are banned from travelling to Russia by the government
Vremya Pokazhet @ Pervyi kanal (05:50)
Russia, Ukraine
The Ukrainian government is totalitarian, because it tells its citizens...
Vremya Pokazhet @ Pervyi kanal (07:27)
Ukraine
President Poroshenko created Nazi groups in Ukraine in order to...
Petr Tolstoy's "Vremya Pokazhet" - YouTube
Ukraine
The occupation regime, introduced by the victorious countries in Germany...
Petr Tolstoy's "Vremya Pokazhet" - YouTube
Germany
Turkey is going to attack Bulgaria militarily
bit.ly
Turkey, Bulgaria
Ukraine is showing more and more signs of being a...
miaistok.su
Ukraine
Political power in Ukraine is passing from President Poroshenko to...
vesti7.ru
Ukraine
If Russia had not annexed Crimea, Ukraine would have drowned...
Voskresnyi vecher s Vladimirom Solovyovym - YouTube
Russia, Ukraine
There is a nazi and fascist regime in Ukraine, because...
Voskresnyi vecher s Vladimirom Solovyovym @ TV Rossiya (26:23)
Russia, Ukraine
The coup d´etat attempt in Turkey was the West's reaction...
bit.ly
Turkey
The school shooting in the French city of Grasse was...
aeronet.cz
France
The massive violent protests against right-wing politician Matteo Salvini in...
bit.ly
Italy
There is a nazi regime in Kyiv
miaistok.su
Ukraine
The Zakarpattia oblast will detach from Ukraine and join Hungary
VK.com Resource
Hungary, Ukraine
The US were targeting the Russian space industry when they...
tvzvezda.ru
Russia, Ukraine, US
Estonia's GDP grows because its population decreases
Georgia and World (printed newspaper)
Estonia
By continuing to browse the site you are agreeing to our use of cookies.