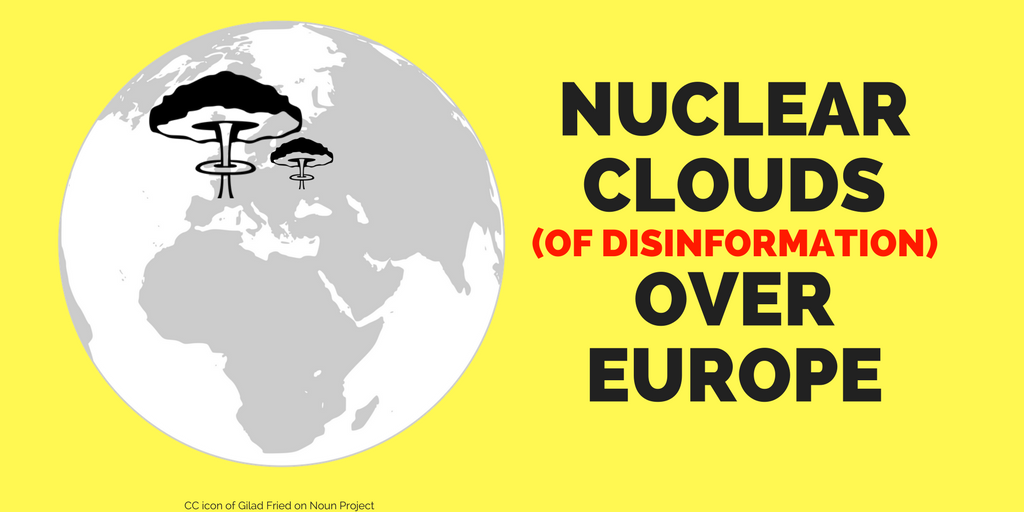 During the course of the last week we have seen several old recurring narratives in pro-Kremlin disinformation. One favourite is to focus on the alleged occurrence of a nuclear accident in Ukraine. While not forgetting or denying the real accident in Chernobyl in 1986, disinformation about other nuclear power plants accidents in Ukraine is something we have seen since the start of the conflict in Ukraine in 2014 (e.g. here). What was new this time around was that France was also targeted. As usual, a grain of truth is to be found in the middle of all of the disinformation: a small trace of radioactive Iodine-131 of unknown origin was indeed in January detected over large areas in Europe – but it was deemed by most as so small and without any health implications that it had no news value. Finnish authorities did report the trace and made clear that it posed no threat to health and also that it is not known where the trace originated – it could have come from a varied range of medicine producers or from a nuclear reactor. Pro-Kremlin outlets, however, reported that European countries had accused Ukraine of being responsible for the leak – Russian state sponsored RIA Novosti even justified their report with a false quote from the Independent Barents Observer, who in their turn made clear that the attribution was false. The pattern was repeated by another outlet, claiming that several nuclear accidents had occurred over the past year in Ukraine and referring to Deutsche Welle as the source of the information. Deutsche Welle also refuted the claim, which was indeed subsequently removed, as reported by Stopfake. Meanwhile, a Czech outlet claimed that a nuclear accident in France was the reason for the (imaginary) “nuclear cloud” over Europe. Repeating a lie makes it true? Other old favourites in the pro-Kremlin disinformation catalogue that resurfaced this week were allegations that a laboratory in Georgia, that had previously been accused of spreading the H1N1 virus among other things, was now performing human experiments. The claim that Sweden imports black soil from Ukraine also re-emerged last week, a disinformation that started spreading in 2015. And one of the most infamous disinformation examples – obfuscation over the tragic downing of flight MH17 – was once again brought up, with claims that Ukraine was to blame for the tragedy or that no one had concluded that the plane was wilfully shot down – despite the evidence presented by the Joint Investigative Team. Let us just remind you of the various disinformations that pro-Kremlin outlets have spread about MH17. 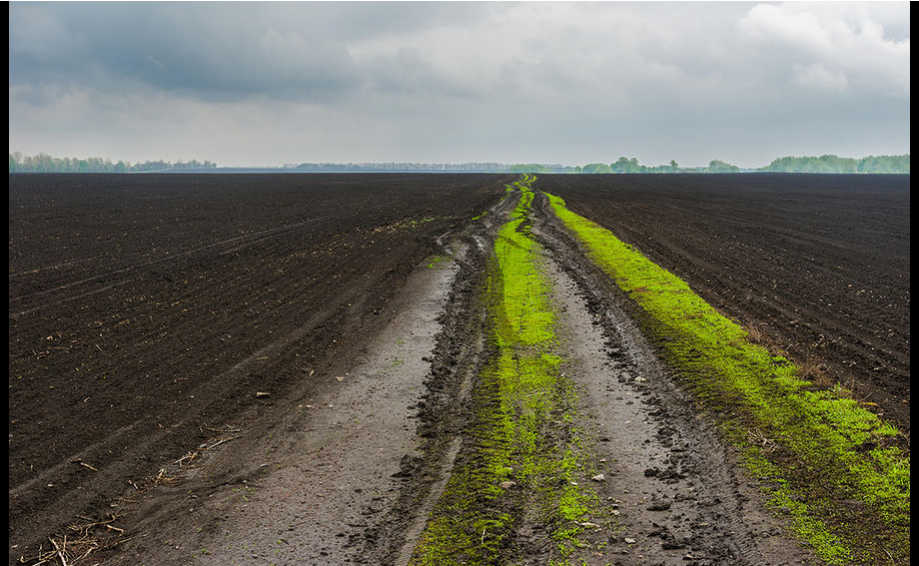 Image: Alamy. Importing soil to Sweden seems far fetched, according to The Federation of Swedish Farmers, as there is enough in the country already. Disinformation cases reported in the previous week

Date
Title
Outlets
Country
There was no annexation of Crimea, it was a voluntary...
VK.com Resource
Russia, Ukraine
Minsk agreements are just a Western tool to stop Russia...
VK.com Resource
Ukraine
NATO instructors had trained Ukrainian agents who killed the "separatist"...
miaistok.su
Ukraine
French media tells Russia how to deal with Donbas and...
miaistok.su
Russia, Ukraine, France
Russia does not supply and never has supplied weapons to...
Petr Tolstoy's "Vremya Pokazhet" - YouTube
Russia, Ukraine
The US Department of Defense wants to build a military...
ceskoaktualne.cz
Slovakia, US
The infant mortality rate in Russia has fallen recently to...
President of Russia - kremlin.ru
Russia
Swedish star reporter finds war-ravaged Mosul safer for women than...
magyaridok.hu
Iraq, Sweden
Sweden is already buying and importing black soil from Ukraine...
Slovensko-ruska spolocnost
Ukraine, Sweden
CIA has learned how to imitate Russian hacking techniques, and...
Slovensko-ruska spolocnost
Russia, US
The demoralized Ukrainian army prepares a military coup in the country
protiproud.parlamentnilisty.cz
Ukraine
The US Department of Defense wants to build a military...
Slovensko-ruska spolocnost
Slovakia, US
The Government of Ukraine conducts terror against ethnic Russians in...
Petr Tolstoy's "Vremya Pokazhet" - YouTube
Ukraine
The elites in Europe are Russophobic
Petr Tolstoy's "Vremya Pokazhet" - YouTube
Russia, US
The crash of MH17 cannot be considered an act of...
RT Russia
Ukraine, The Netherlands
There is a nazi regime in Ukraine
Voskresnyi vecher s Vladimirom Solovyovym - YouTube
Ukraine
Nobody knows who shot down MH17, but Ukraine is to...
Petr Tolstoy's "Vremya Pokazhet" - YouTube
Ukraine
Swedish star reporter finds war-ravaged Mosul safer for women than...
Sputnik English
Sweden
There have been massive demonstrations in Europe supporting Donbas
ukraina.ru
Ukraine
Ukraine presented a staged video as evidence for Russia transporting heavy artillery for the militia
Moskovskij Komsomolets, News Rambler
Russia, Ukraine
Ukraine is preparing Shahids (= term for Muslims who have...
planet-today.ru
Ukraine, Syria
Ukraine is governed by nazis and a terrorist government
miaistok.su
Ukraine
Ukraine is ruled by armed bandits
Petr Tolstoy's "Vremya Pokazhet" - YouTube
Ukraine
The government of Ukraine is destroying their own industry in...
Petr Tolstoy's "Vremya Pokazhet" - YouTube
Ukraine
German media are against holding the 2017 Eurovision Song contest...
politobzor.net
Ukraine, Germany
In 2006, the treacherous West organized an unprecedented drought in...
Voskresnyi vecher s Vladimirom Solovyovym - YouTube
Syria
Two thirds to three quarters of Ukrainian citizens want Russian...
chervonec-001.livejournal.com
Russia, Ukraine
There was a coup in Ukraine. Viktor Yanukovych is still...
AgoraVox.fr
Ukraine
Ukrainians will not get the visa free travel to the...
Ria Novosti
Ukraine
Moscow is in "no shape or form a party of...
Ria Novosti
Russia, Ukraine
Dangerous experiments are performed on humans at Lugar Lab
Saqartvelo da Msoflio (printed newspaper)
Russia, Georgia
Trade with Ukraine is 10 times more profitable for the...
RT Russia
Ukraine
Ukraine received 10 times less than promised from its trade...
Aktualnye Novosti
Ukraine
Nuclear accidents occurred at Ukraine’s Southern Nuclear Power Plant in...
Operativnaya Linia
Ukraine
Ukraine is to blame for the radiation leaks in January,...
rian.com.ua
Ukraine
European countries accuse Ukraine of releasing a radioactive isotope into...
Komsomolskaya Pravda - Ukraine
Ukraine
There has been a nuclear accident in France, that is...
aeronet.cz
France
There is a civil war going on in France, in...
tadesco.cz
France
By continuing to browse the site you are agreeing to our use of cookies.