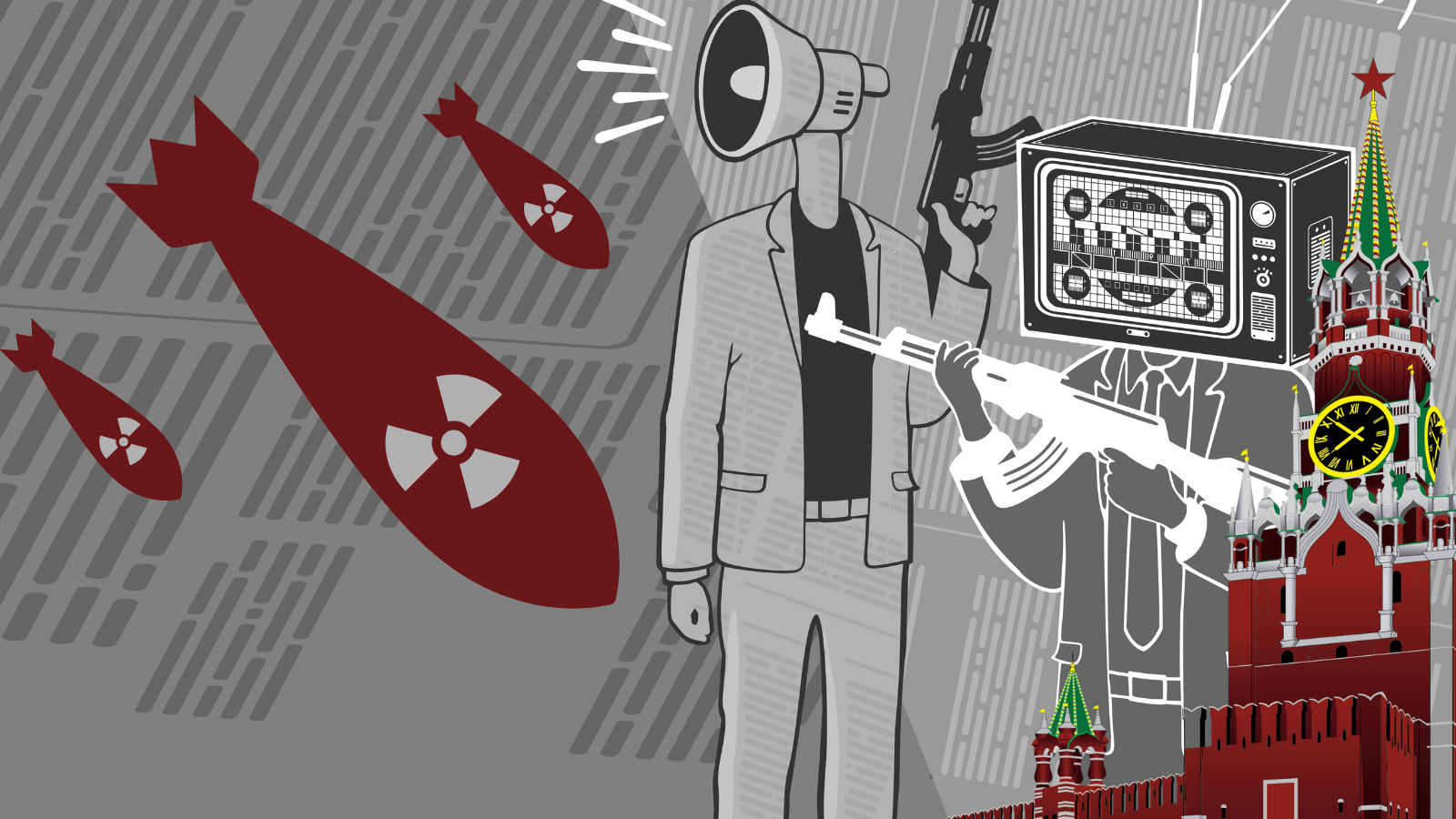 Over the past week, Kremlin top officials and pro-Kremlin outlets resurfaced a washed-out and distinctly appalling disinformation claim. Namely, Kyiv will supposedly detonate a dirty bomb or a radiological weapon and then blame the disaster on Russia. There is no evidence whatsoever to back up the claim. On the contrary, EU High Representative Josep Borrell dismissed the allegations as false. In addition, diplomats from France, Britain and the United States called Russia’s allegation a pretext that Moscow has concocted for escalating the war.

In addition, on 23 October, RIA’s Telegram channel posted a message concerning a dirty bomb, citing undisclosed sources and promoting a similar narrative. It gained over 1.1 million views. Within just a few hours, several Russian state-affiliated outlets – e.g. RIAFAN, the international edition of Sputnik, TASS, and RT – published either Telegram messages or articles promoting the same narrative. The Russian diplomatic network joined the choir, as has happened all too often in recent months. At least 10 Russian diplomatic accounts on Twitter – e.g. the Russian Ministry of Foreign Affairs, the Russian Embassy in Kenya, and the Permanent Representative of Russia to International Organizations in Vienna – tweeted posts promoting the same disinformation narrative.

Claims about false flag operations and chemical weapons attacks are a staple of the pro-Kremlin disinformation apparatus. Such claims are a part of a broader pro-Kremlin information manipulation campaign supporting the full-scale Russian invasion of Ukraine and trying to place the blame for the war’s atrocities on Ukraine.

Continuing the theme of repetitions, misleading narratives around food security also retook the stage in the pro-Kremlin disinformation ecosystem. If you think you have heard it all before, it is because you have. Many times.

First, a number of pro-Kremlin outlets in Arabic tried to pin the looming food crisis on the EU, claiming that bad EU policies are to blame instead of Russia’s unprovoked war of aggression against Ukraine. Secondly, in an outlet targeting Hungarian-speaking audiences, pro-Kremlin voices are claiming that Western countries are grabbing grain exported from Ukraine for themselves instead of sending it to non-EU countries in dire need. In fact, most Ukrainian food cleared for shipment under the Black Sea Grain Initiative has headed to Turkey, Egypt, China, India, and other non-EU countries.

Also last week, the Spanish-language Telegram channel of the Russian Ministry of Foreign Affairs (MFA) posted an infographic – or rather, a disinfographic. The post featured alleged data from the UN Joint Coordination Centre for the Black Sea Grain Initiative and attempted to rebut statements by Borrell about grain exports from Ukraine. The Telegram channels of the Russian Embassies in Peru and Panama reshared the disinfographic. Soon after, the Spanish-language Twitter account of the Russian MFA tweeted the same infographic, triggering over a hundred retweets, including by Russian Embassies in Spain and Mexico.

Attempts to shift blame from their own wrongdoings is a tried and tested tactic straight from the Kremlin’s worn-out textbook of information manipulation. 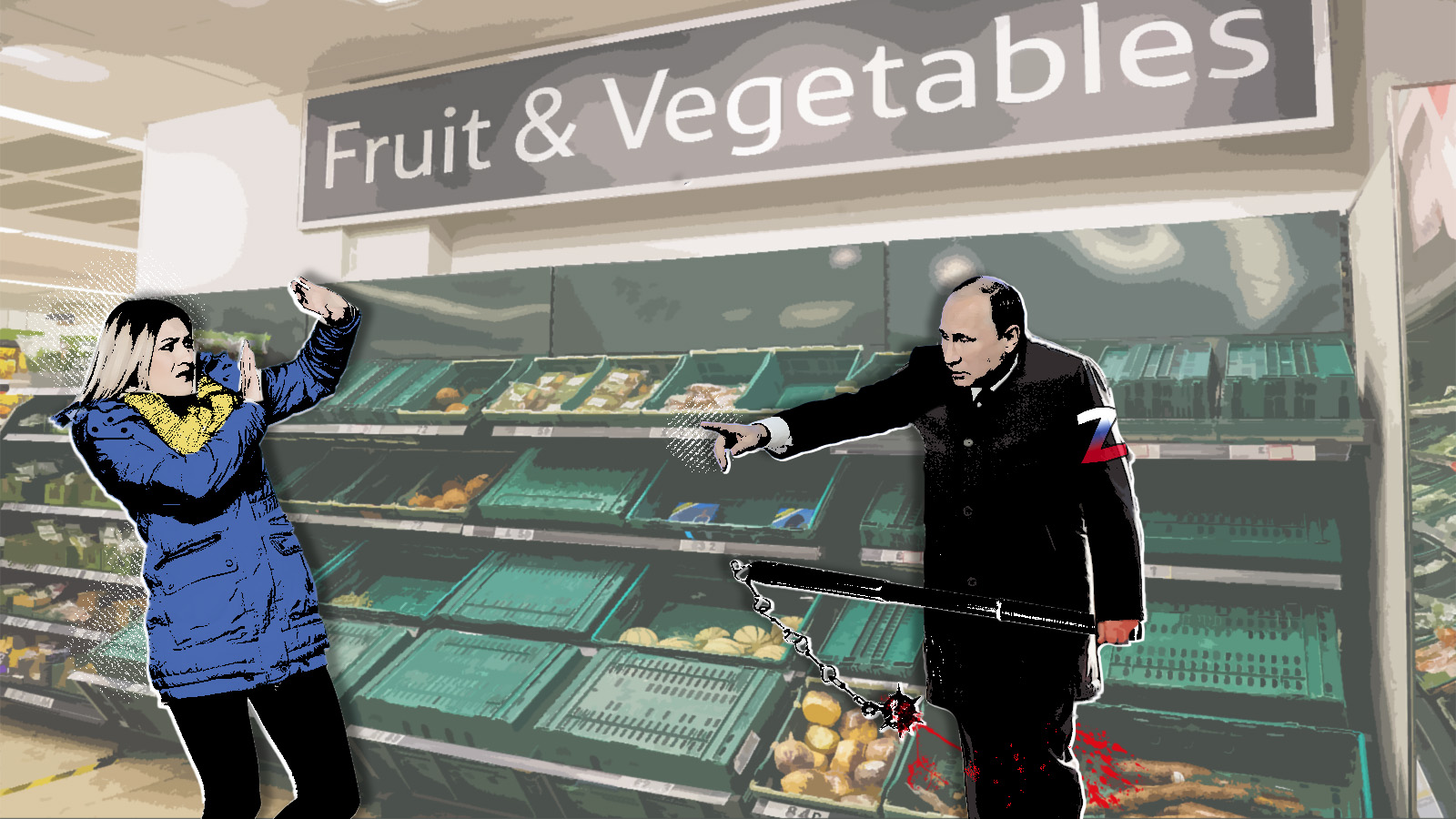 Kremlin trying to pin the global food crisis on the West

Given the endless efforts to dismiss, distort, distract, and dismay, we have to up our own defensive game. To mark Global Media and Information Literacy Week, EEAS and EUvsDisinfo have launched a campaign to raise awareness about foreign information manipulation and interference, including disinformation. Front and centre is EUvsDisinfo’s new ‘Learn’ page.

‘Learn’ aims to teach how to judge the relevance and reliability of information sources and their content as well as how to report and react to disinformation. These skills form the backbone of digital skills of the 21st century that are essential for all of us. 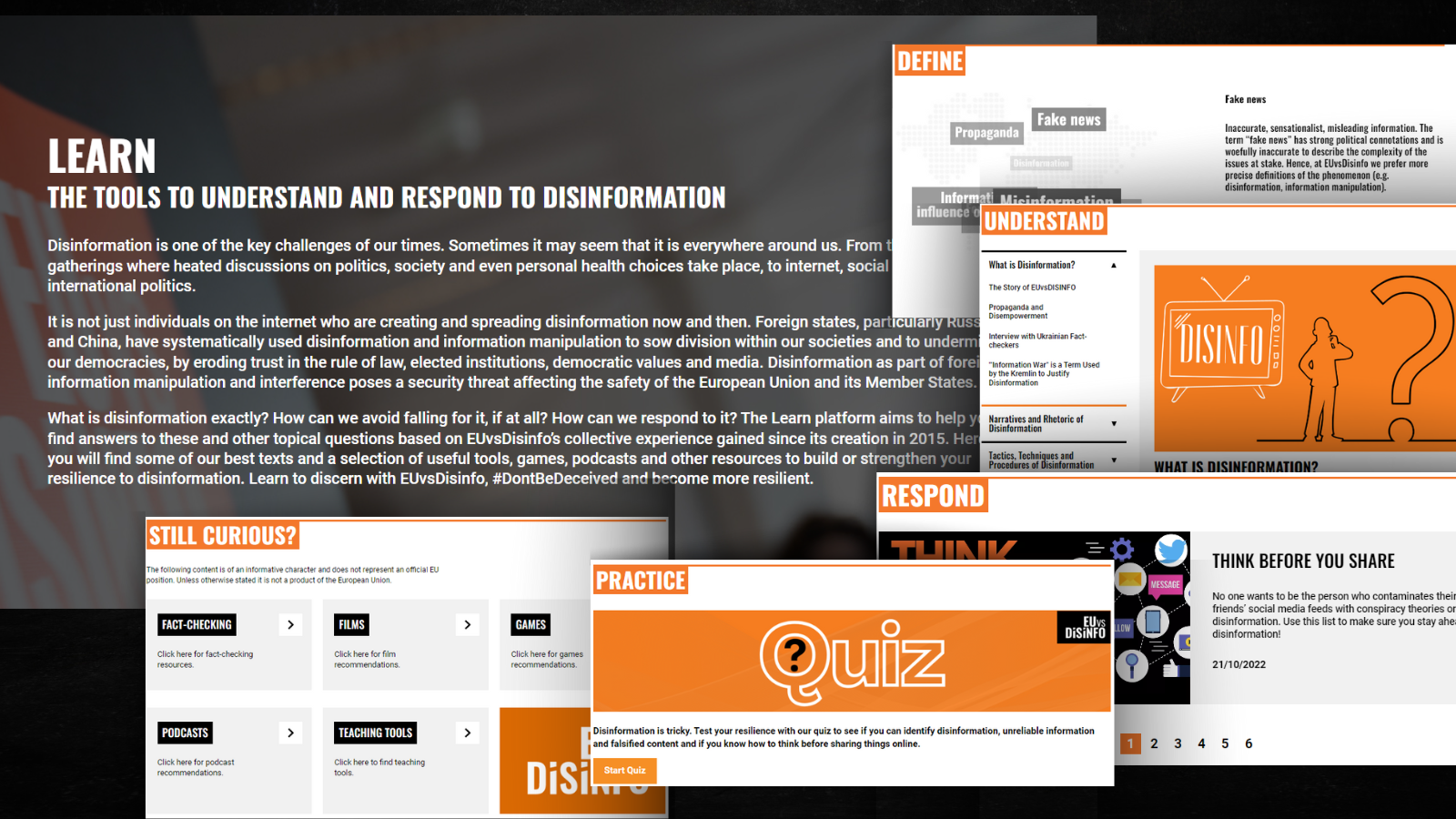