Eyes on the Suwalki corridor 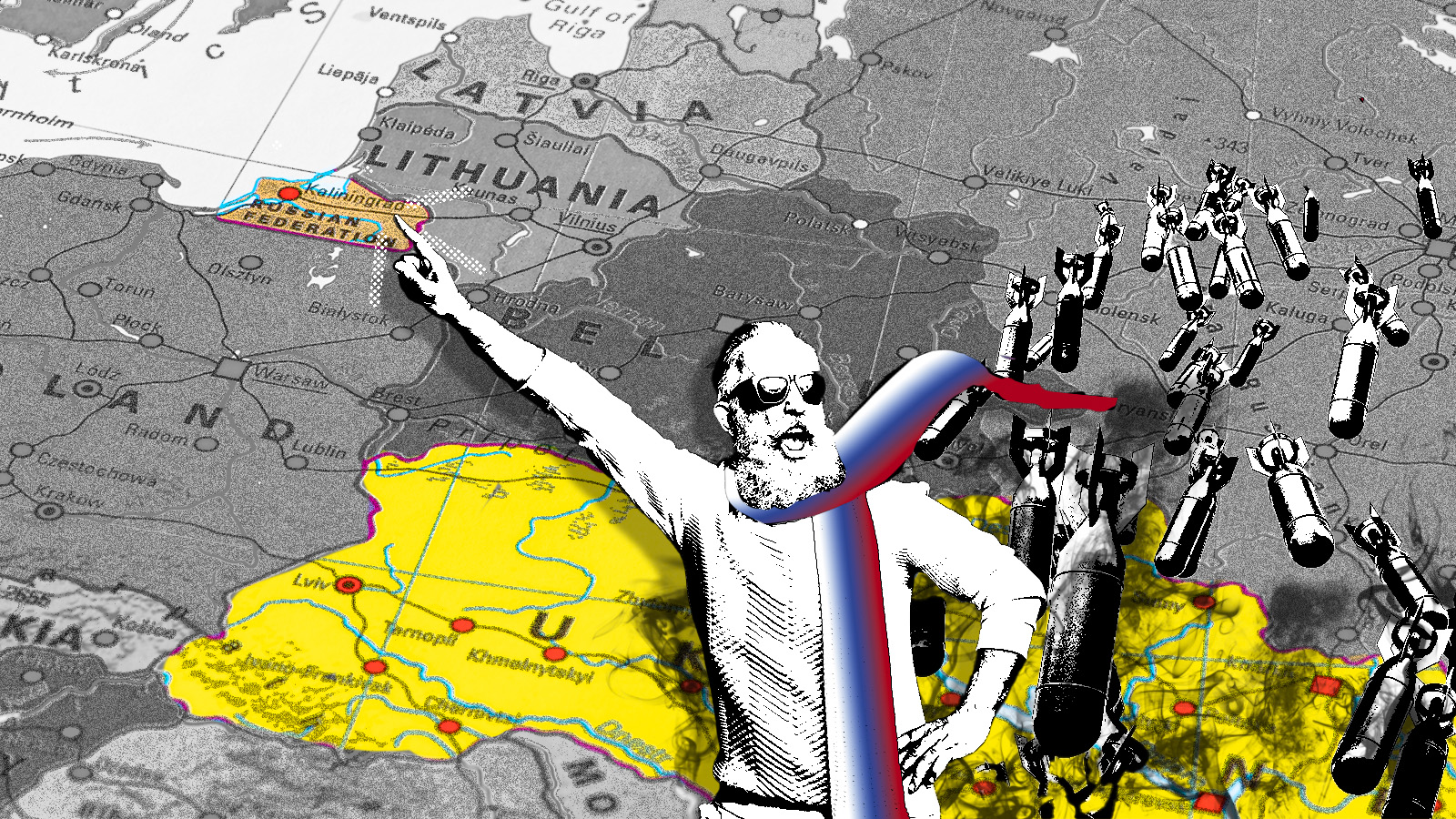 Recently, Russia shifted a part of its efforts to deceive global audiences about Lithuania. More precisely, the Suwalki Gap (also known as the Suwalki corridor) – a sparsely populated area immediately southwest of the border between Lithuania and Poland. What makes it so coveted is the fact that it separates the Russian exclave of Kaliningrad from Russia’s mainland.

The Kremlin got excited about this, because a set of EU sanctions, adopted back in mid-March, kicked in on the 17th of June. The sanctions in question prohibit the import and transit of certain iron and steel products originating from Russia. That said, the transit of passengers and non-sanctioned goods to and from the Kaliningrad region through Lithuania continues uninterrupted. Land transit between Kaliningrad and other parts of Russia has not been stopped. There is no Baltic Sea blockade. Lithuania, dutifully applying EU sanctions, has not imposed any additional restrictions on transit.

Facts, of course, did not disturb the creative copywriters of pro-Kremlin disinformation outlets in the least. Known for their flair for drama, RuBaltic – a Baltic-focused cog in the Kremlin’s disinformation machine – escalated its rhetoric from zero to a hundred in no time, alarming its readers that the “path [Lithuania] took to blockade the Kaliningrad region ends with the use of nuclear weapons against Vilnius”. Coincidentally, or not, RuBaltic is registered in Kaliningrad, operating under the auspices of the Immanuel Kant Baltic Federal University.

RT France, among others, jumped on the wagon as well, baselessly accusing Lithuania of violating their international legal obligations. On the contrary – Lithuania is obeying its international commitments to the letter of the law. Attacking EU sanctions introduced due to Russia’s war of aggression against Ukraine – unfair and illegal in the Kremlin’s eyes – is a recurrent theme in pro-Kremlin disinformation narratives.

Jumping from Kaliningrad to Ukraine, on the 15th of June, three pictures showing fake notices were posted on a Telegram channel called @sashakots. According to the author, the notices were an official announcement by the city administration of Kharkiv urging residents to leave the doors of their houses wide open to help the Armed Forces of Ukraine in finding new firing positions. The city of Kharkiv quickly called out the lie, but this didn’t stop Russian propagandists from pushing it on Telegram, pro-Kremlin outlets and several diplomatic accounts.

On the next day, the 16th of June, a picture of a forged document allegedly signed by the Ukrainian Deputy Minister of Education of Science, Vera Rogova, was shared on the same channel. According to the document, Ukrainian education institutions were supposed to compile lists of graduates of military age for conscription by the 23rd of June. The Ministry debunked the document the following day and StopFake – the flagship project of the Ukrainian Media Reforms Centre, an NGO – also provided credible evidence to prove the inauthenticity of the document. Regardless, the forgery was pushed on a number of Telegram channels, reaching 360,000 views in just two days.

The channel @sashakots has over half a million followers and is run by Alexander Kots, a “special correspondent” of the pro-Kremlin outlet Komsomolskaya Pravda. According to several independent researchers, third party fact-checkers and official accounts, he is well-known for spreading pro-Kremlin disinformation.

Forgeries seem to be one of the Techniques, Tactics and Procedures (TTP) of the day, as on the 17th of June, a fake digital copy of a document signed by the Ukrainian foreign minister Dmitry Kuleba and addressed to the Polish foreign minister Zbigniew Rau was shared by a Telegram channel called @jokerdpr. In the document, the Ukrainian Minister is allegedly requesting Polish authorities to facilitate the return of Ukrainian refugees between the age of 18 and 60 currently residing in Poland. The Polish Government Security Center quickly debunked the document. As with previous cases, this didn’t stop a number of Telegram channels re-sharing the document, clocking in more than 620,000 views. The document also circulated across at least 28 Russian media outlets.

The topic of the EU membership applications from Ukraine, Moldova and Georgia is very much on the horizon of pro-Kremlin outlets. Russian state-controlled disinformation outlets are already claiming that Ukraine’s aspiration for the EU membership has turned it into a “slave market”, exploiting old disinformation tropes of “abandoned Ukraine”. The upcoming European Council decisions on granting the candidate status to these countries will not be missed by the pro-Kremlin disinformation ecosystem. Expect to hear back from us on this very soon.