FAKE IT UNTIL YOU BREAK IT

Biology can be useful to improve our understanding of disinformation. After all, deception is an important element of life. For their survival, many life forms are dependent on their ability to mislead others. Earlier, we wrote about “memes”, disinformation evolving like genes, and “runaway evolution”, explaining why wildly extravagant false narratives are reproduced.

Dr. Barton Whaley, a former expert of military-political deception, created a well-known typology of perception. The underlying assumption: it is the human mind’s errors in processing physical phenomena, which creates opportunities to deceive. While his framework draws on experiences in the physical world, not in cyberspace, the thinking is still highly relevant as it clarifies that imitation is not just copying; it is copying with the intent to mislead another.

Source: Whaley B (1982), Towards a General Theory of Deception

There are six different tricks of deception, aiming to either hide the real or show the false. 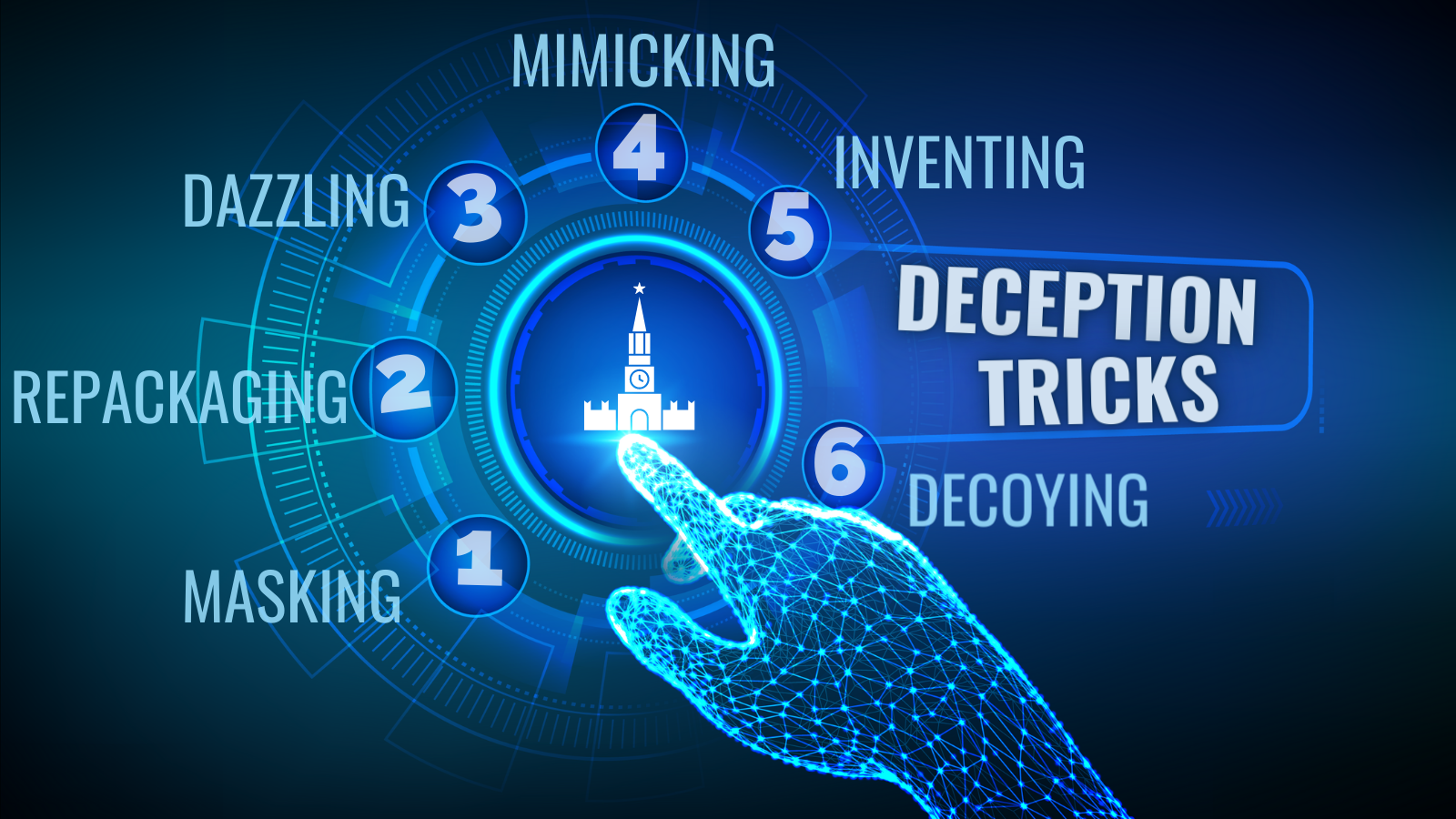 Recently, we saw how Lukashenko was distracting attention from protests by saying that Western armies are at the Belarusian borders. There was no evidence given.

Another example of masking is the message “Ex-Chancellor of Germany <Gerhard Schröder> calls Crimea’s reunification with Russia legitimate”, while leaving out his positions as chairman of the Russian state-controlled oil producer Rosneft and of Gazprom AG, which is also controlled by the Russian state.

Successful campaigns often “shield a forgery under the armour of a larger truth”, explains disinfo scholar Thomas Rid. In fall, we covered how, to undermine the credibility of Covid vaccines, the pro-Kremlin media took part of the truth (the Oxford vaccine is developed using chimpanzee viral vector) to rebrand it as “the monkey vaccine”.

There is a constant stream of disinformation presenting alternative (and wild) explanations for the poisoning of Alexei Navalny and Sergei Skripal. Although in both cases there is sufficient proof of Russian involvement, the goal of pro-Kremlin outlets does not seem to aim for seriously undermining those proofs, but rather to dazzle the public with many extravagant fake stories.

We have many examples of this in the EUvsDisinformation cases database. For one, there are imitation media outlets. Take Sputnik. It is in itself an imitation of a national broadcaster, it poses as a BBC or France 24, while it is clearly not. Sputnik, or Russia Today, are financed by the State, have little editorial independence, are not impartial and manipulate information to facilitate the political and economic objectives of the Kremlin.

During the Covid-19 crisis, we have seen many alternative realities displayed. In order to be relatable, stories needed a bad guy. In a variety of narratives, COVID-19 was portrayed as a pretext for the global oligarchy to take over the word. Moreover, a bad guy needs a face. Therefore, often the global oligarchy is represented by two men: Bill Gates and George Soros. Another example is the recurring pro-Kremlin disinformation narrative painting the 2013-14 Ukrainian revolution as a coup d’etat, and Ukrainian politics as dominated by Nazi groups and ideology. 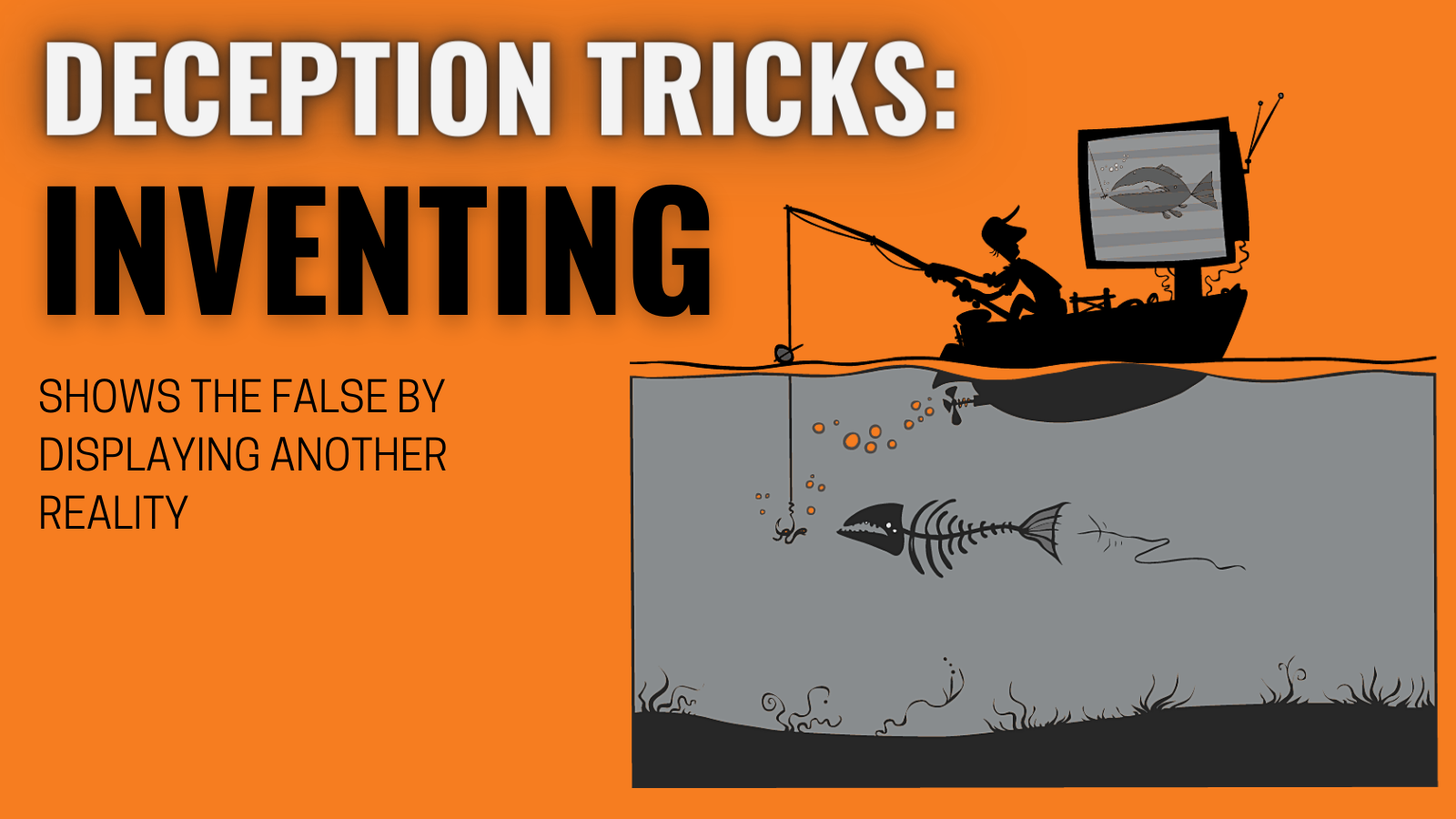 Maria Borzunova, an independent Russian journalist explained how this works:

Fake news, like propaganda, is mainly used for distracting the audience from the real problems that exist in the country – for example, to show that everything is much worse abroad.

We saw this during the protest rallies [in Moscow] this summer [2019]: when the police were treating the protesters very harshly, all the national channels showed how they (European police) disperse protests in Europe.