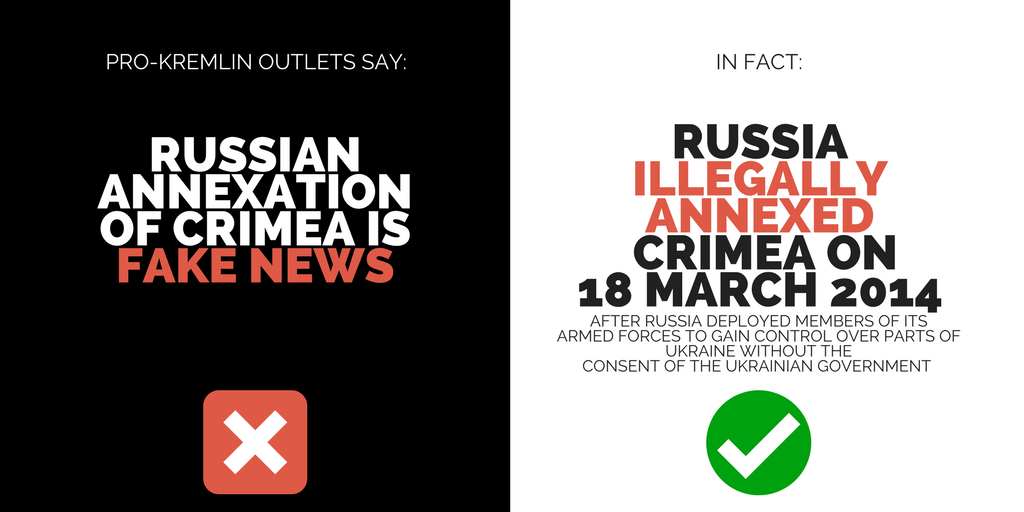 Pro-Kremlin outlets have engaged on the “fake news” debate this week, managing to find angles to criticise Western countries and present Russia in a positive light.

The English version of Sputnik informed that the EU is spreading fake news about Russia among its citizens and now intends to spread it also among Russians. As an example of such fake news it gives e.g. the “annexation of Crimea” or the “Russian invasion of Ukraine”. Just one problem – Russia’s illegal annexation of Crimea and military intervention in the East of Ukraine both happen to be true; you will find the debunks in the table again.

The current global discussion of fake news was also covered in Vladimir Solovyov’s show. The anchor himself mocked how the West was trying to teach Russians basic standards of journalism: “The West itself now calls its media ‘a lying press’”. A few days later REN TV’s anchor announced that “many experts” now confirm an unprecedented popularity of Russians abroad – with Vladimir Putin being the most popular of them all. He did not tell us the names of these experts. We found an opinion poll that would suggest otherwise.

Hatred and lies. “News” about Ukraine

With the heightened level of hostilities in Donbas, the disinformation campaign targeting Ukraine remains the main issue for the pro-Kremlin oriented outlets. And the language remains significantly violent.

The usual disinformation about Ukraine being a nazi state – governed allegedly by “the same people” who collaborated with Nazi Germany (or their descendants) – was accompanied by calls for a “denazification” of Ukraine, to be performed by Russia. The similarly repeated disinformation about Ukraine performing a genocide of Russians in Donbas was accompanied by calls for annexation of the whole Ukraine.

In other outlets, it is actually “the West” which, we learn, intends to clean Ukraine of its population. According to the official TV channel of the Russian Ministry of Defence, Westerners need this purge in order to gain space where they can send refugees.

There were also some more amusing pieces of disinformation. We learned that Ukrainian children have been making cannons for their fathers (based on a picture taken seven years ago in a kindergarten – in Russia); and, based on no evidence whatsoever, that a religious holiday will be liquidated.

In this atmosphere, it will probably come as no surprise that in Solovyov’s show we heard that Russia and NATO have in fact been dividing Ukraine for the past 300-400 years: self-evidently untrue. 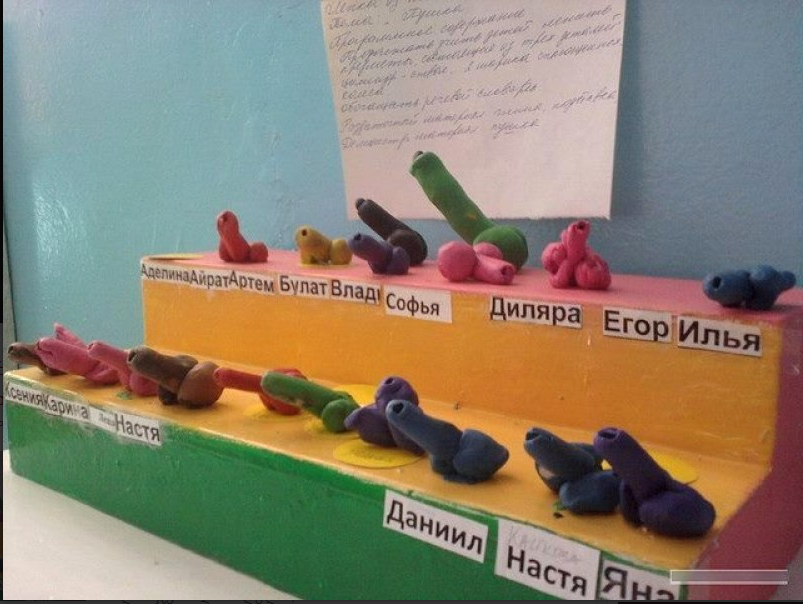 The cannons made by Russian kindergarten kids seven years ago.

In September 2014, the hoax about an alleged chemical plant disaster was spread in the US information space. This sophisticated disinformation operation, which was conducted mostly via social media, was orchestrated by the troll factory in Saint Petersburg. As part of this campaign, also fake news sites were used “confirming” the accident.

The same tool was used also at the end of February – a fake website pretending to be the Belgian newspaper Le Soir was created, claiming that Emmanuel Macron’s campaign has been funded by Saudi Arabia, since he is their preferred presidential candidate in France. Of course, the real Le Soir denied they had ever produced such a story. Another attack on Mr. Macron similar to the previous ones confirms that he is among the most prominent targets of the pro-Kremlin disinformation campaign in Europe these days. 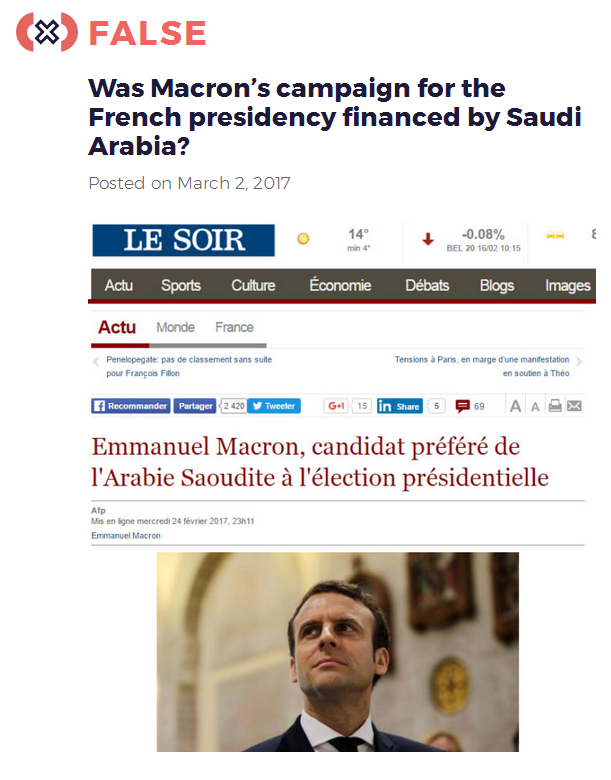