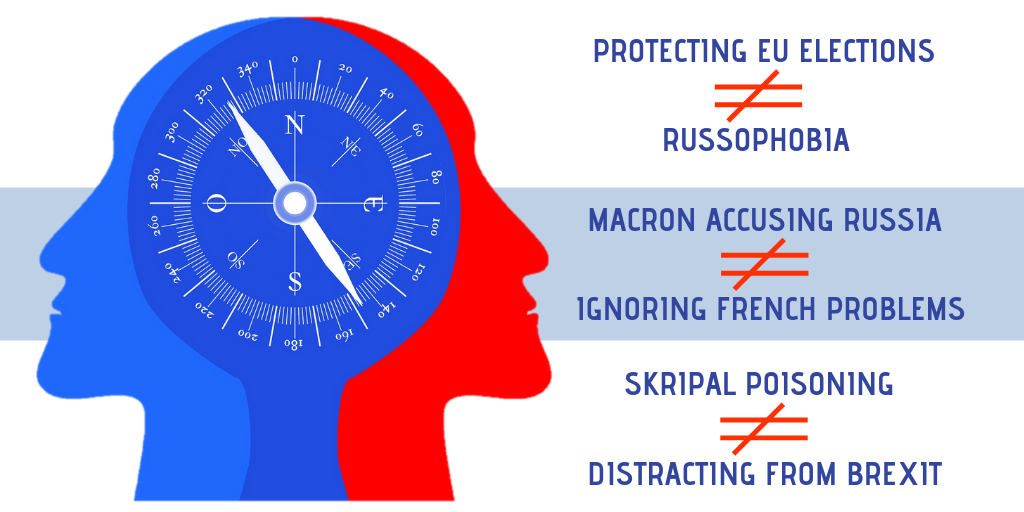 It is easy to get distracted in today’s information abundance. It might be even easier in the disinformation space.

‘I will think about it tomorrow’ – have you quoted Scarlett O’Hara at some point in your life, just looking for a distraction from a problem you were facing? If you did, you might have fallen victim to Western propaganda, according to pro-Kremlin outlets.

Blaming Russia for everything that is going wrong in the West is a good distraction technique, claim pro-Kremlin outlets. One of the pretexts to do that, they claim, was the European Parliament report about Kremlin interference in elections in Europe and the US. In spite of in-depth research on interference and meddling, the Russian government has repeatedly denied any responsibility. But it also went further. Pro-Kremlin outlets try to convince the audience that blaming the Russian government for everything is fashionable in the West now.

The same narrative was applied to particular countries. French President Macron, as disinforming outlets claim, wants to distract us, too – while he is accusing the Kremlin of hacking the elections and amplifying yellow vests protests, he is diverting attention from the protests themselves.

Distraction is an essential part of the disinformation scheme. So is putting the blame for distraction on the other side of the discussion. If pro-Kremlin outlets accuse the West of distraction, at the same time they try to distract their audiences from other issues. The distractor is pretending to be the ‘distractee’, and voilà – confusion and chaos are created!  And that’s what disinformation is all about.

With less than three weeks left until the Ukrainian presidential elections, the pro-Kremlin disinformation campaign is in full swing. The Ukrainian vote remains a steady fixation of Russian state-sponsored TV, which reports almost daily how instead of moving to Europe Ukraine is stuck in its chauvinistic present or going backwards to its Nazi past, how it exterminates the Russian language, and how, if the incumbent president gets re-elected it will turn into a banana republic. And if he doesn’t, he will allegedly flee the country. The preparations are on-going, pro-Kremlin disinformation warns, both through its flagship outlets and social media, as the narrative of President Poroshenko Poroshenko running from demonstrations, confrontations and his own country is beginning to spread in Russian Twitter sphere. 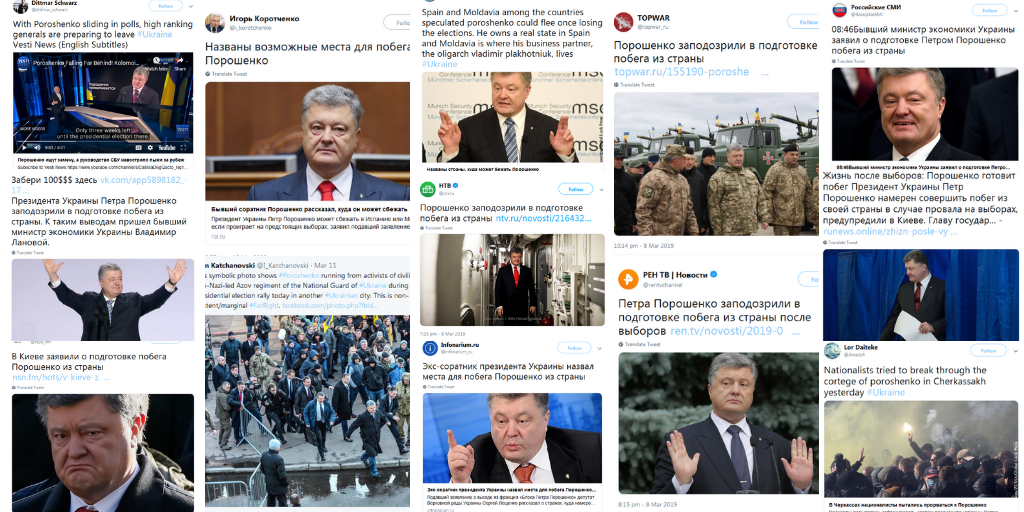 In any case, according to the pro-Kremlin media, Western puppet masters in Ukraine are free to reign. The disinformation messages about the Western orchestration of Ukrainian politics starting with the Euromaidan have become a staple of pro-Kremlin media. Now, they are urgently recycled in the run-up to the election. All this to support a larger narrative that the democratic choice of the people is an illusion, and to question the sovereignty of Ukraine.

At the same time, the upcoming presidential elections have not completely distracted the pro-Kremlin disinformation machine from spreading unfounded claims about other shortcomings of the Ukrainian government. This week, we also heard that Ukrainian authorities are too stupid to deal with the measles outbreak in their country. The epidemic allegedly threatens not only the lives of children in Ukraine, but also the country’s visa-free regime with the EU. Thus, the disinformers helpfully suggest using Russian-made vaccines. The European and American vaccines, especially those available in Georgia, were reported as unreliable, since they might be manufactured in the infamous Lugar lab (the very same one that brought you the toxic mosquitos). But Georgians, according to pro-Kremlin sources, have even bigger things to worry about, as the UN and its partner organisation are deliberately spreading HIV in the country and planning for Georgian genocide.

In reality, while Ukraine is indeed going through a measles epidemic, the government is implementing numerous measures to curb it, the EU has no intention to suspend the visa-free agreement with Ukraine, and UN with its partners are engaged in prevention of the HIV.

In the midst of the disinformation fever it is healthy to remember that measles outbreaks are occurring at least partially because of the anti-vaccination moods. They are fuelled by pseudo-science and false belief that prevention is worse than disease – disinformation that Russian trolls from the Internet Research Agency helped to proliferate across Twitter.

Everybody needs a distraction from time to time. And it’s all good and healthy as long as we don’t let ourselves get distracted from the truth, as it indeed might be fatal. 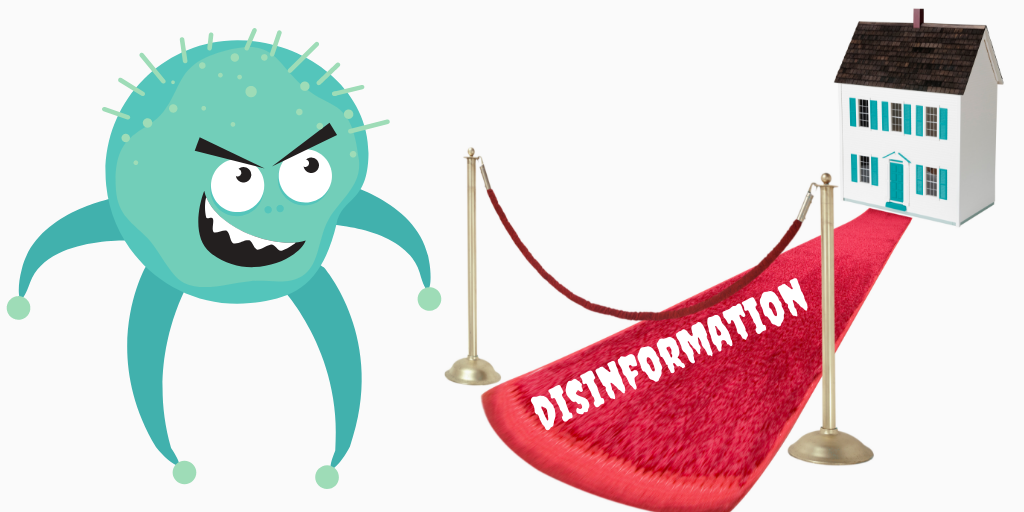 Date
Title
Outlets
Country
The NATO bombing of Yugoslavia in 1999 was a genocide
Sputnik Italia
Yugoslavia
A Swedish film about an attack from Russia prepares the Swedes for joining NATO
Regnum News Agency 60 Minut @ Rossiya 1 (03.30 - 04.20)
Russia, Sweden
De facto president of Ukraine is a mid-level clerk in the US State Department
Voskresnyi Vecher s Vladimirom Solovyovym (36.40 - 36.57)
Ukraine, US
Ukrainian authorities are so stupid, they are unable to deal with the measles outbreak
Voskresnyi Vecher s Vladimirom Solovyovym (9.20 - 10.50)
Ukraine
Instead of moving towards Europe, Ukraine is going backwards to its Nazi past
Voskresnyi Vecher s Vladimirom Solovyovym @ Rossiya 24 (1.19 - 1.35)
Ukraine
After the elections, Poroshenko will flee Ukraine
Sputnik Deutschland
Ukraine
Europe may cancel visa-free regime due to measles epidemic in Ukraine
Ukraina.ru
Ukraine
Blaming Russian hackers is Macron's favourite excuse for his country's problems
Itogi Nedeli @ NTV (44.15 - 44.30)
Russia, France
Yulia and Sergey Skripal held hostage in UK
Sputnik
UK, Russia
EU launches a Russian-language TV channel
Izvestia
Russia
Estonian nationalists demand Russia to return Ivangorod
Vzglyad WeaponNews.com
Estonia
President of Latvia is stoking fears of Russian aggression, in hopes that Latvia will make money if it rents its territory to NATO bases
Evrozona @ Vesti FM (26.00 - 27.30)
Latvia
EU does not care what will happen with the Irish border in Brexit negotiations
Evrozona @ Vesti FM (2.25 - 3.05)
UK
No proof of Russian interference in elections in the US and Europe
RT
Russia
US-led coalition strike in Syria targets civilians, killing 50
Sputnik
US, Syria
European Parliament decides practically nothing in the EU
RT Russian
The EU was invented in the Third Reich and created by US agents
Business online RT
US
Macron spoke about RT and Sputnik in order to distract the audience from problems in France
Sputnik French
Russia, France
If Poroshenko wins elections, Ukraine will turn into a banana republic and hands of Western puppet masters will be fully unleashed
Izvestia Glavnoe @ Channel 5 (31.27 - 31.40)
Ukraine
Ukraine allowed foreign armies on its territory and this will destroy the country
RT Russian, Ukraina.ru
Ukraine, US
Sweden attempts to diminish Russian military capacity to please NATO
Regnum News Agency TV 360
Russia, Sweden
Non-transparent report of OPCW on Douma attack is biased
RT France
Russia, Syria
Extreme nationalists staged coup and brought Poroshenko to power in Ukraine
RT
Ukraine
Crimea has been always Russian
RT France
Russia, Ukraine
The US is deliberately destabilising Venezuela and planning a military intervention to gain control over the country’s oil resources
Sputnik Italia
Venezuela, Iraq, Libya, Russia, Ukraine, US, Syria
The “Salisbury incident” was provoked by the UK government to divert attention from Brexit-associated problems and to demonise Russia
Sputnik Italia
UK, Russia
Vaccines in Georgia are made by Lugar lab, it is more advisable to use Russian-made vaccines
Asaval-Dasavali weekly newspaper
Russia, US, Georgia
The West destroyed Ukraine, plans to do the same with Belarus
Regnum
Russia, Ukraine, Belarus
The destruction of the Russian language in Belarus public spaces is a state policy
IA Regnum
Belarus
Yulia Skripal in maternity hospital for 1.5 months now, pregnant since April 2018
Sputnik Georgia
UK, Russia
Belarus has no education institution with Russian as the only language of instruction
Regnum
Belarus
A cultural occupation is taking place in Ukraine under Petro Poroshenko's presidency
Sputnik Deutsch
Ukraine
Moldovans with biometric passports have employment rights in the EU
Sputnik Moldova
Moldova
Belarusians and Ukrainians are part of the Russian people
Sputnik Belarus
Russia, Ukraine, Belarus
Russia's huge natural resources are the reason why the neo-liberal world is fighting against it
Georgia and the World
Russia, US
West is preparing a new colour revolution in Belarus
Rusvesna, https://rusvesna.su/
Ukraine, Belarus
NATO considers instigating local war along Russian borders
Sputnik Belarus
Russia
Russia's involvement in Salisbury poisoning unproven
Channel One TV, Vremya Pokazhet (00:00; 00:03:00 and 00:09:19)
UK, Russia
Sweden's feminist government orders not to investigate rapes to protect the immigrants that committed them
Katehon
Sweden
OPCW says no chemical weapons were used in chemical attack happened in Douma
RT Deutsch
Syria
No evidence of Russia's guilt in Skripal poisoning
RT Deutsch
UK, Russia
Propagandists of terrorism among the guests of the “Big talk with the Belarusian president”
Regnum
Belarus
Ukraine, USA and EU recognised the reunification of Crimea with Russia
TASS.ru
Russia, Ukraine, US
US preparing Maidan-style operation in Venezuela
Sputnik News
Venezuela, Ukraine, US
Germany funds Nazism in Ukraine
Eurozone @ Vesti FM (06:10, 16:35)
Ukraine, Germany
US-backed armed groups prevent refugees from leaving Al Rukban camp
Sputnik Spanish, RT Spanish
Syria
Chauvinism and xenophobia have become an official state policy in Ukraine
News Front DE
Ukraine
By continuing to browse the site you are agreeing to our use of cookies.