Skip to main content
Figure of the Week
February 12, 2019

Figure of the Week: 10 Million 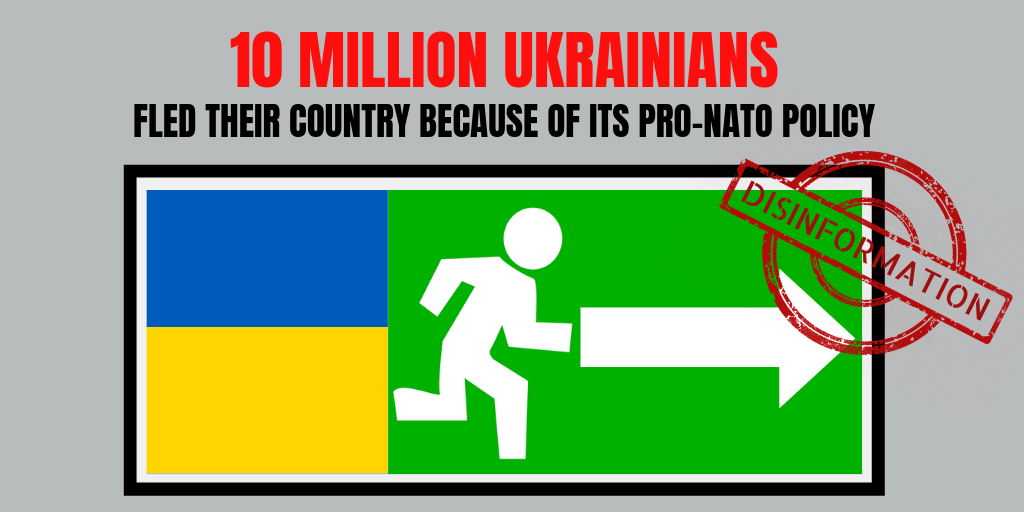 More than 10 million Ukrainians have fled their country because of Kyiv’s pro-NATO course and the imposition of Ukrainian as the state language.

At least those were the headlines of the pro-Kremlin media last week, implying that the country of over 44 million people had lost almost a quarter of its population in just 5 years.

The pro-Kremlin sources cited a member of the Ukrainian parliament from the Opposition Platform for Life party, who in the past was under scrutiny for allegedly funding separatism in Ukraine.

But the investigation by StopFake shows that the 10 million figure is grossly inflated. According to the director of the Migration Department at Ukrainian National Academy of Sciences Oleksiy Pozniak, some two to four million Ukrainians have emigrated in recent years. Moreover, according to Pozniak, people leave purely for economic reasons – an assessment that is confirmed by a 2017 poll, which showed that 64% of Ukrainians considering emigration name economic reasons as their primary motivation. Less than 1% said that they would consider emigrating because of political reasons and national values.

It is not clear where the figure of 10 million Ukrainians fleeing their country comes from. But the unfounded claims that Ukrainians are leaving in these numbers and that the Ukrainian state imposes strict anti-Russian language policies have distinct similarities with recurring pro-Kremlin disinformation narratives.

From these, for example, we have heard that Ukrainians are fleeing their country using the visa-free regime with the EU, but also that once they flee, they are enslaved and forced to work for food.

On the other hand pro-Kremlin media has claimed that Ukrainians themselves are enslaving Russians and forcing them to change their names according to the rules of the Ukrainian language (a language which, from the disinformers’ point of view, is often portrayed as either artificial or does not exist).

From claims of   losing Crimea because of NATO enlargement to inevitable war , pro-Kremlin disinformation channels have a long tradition of portraying Ukrainian aspirations to join NATO as the source of all trouble.