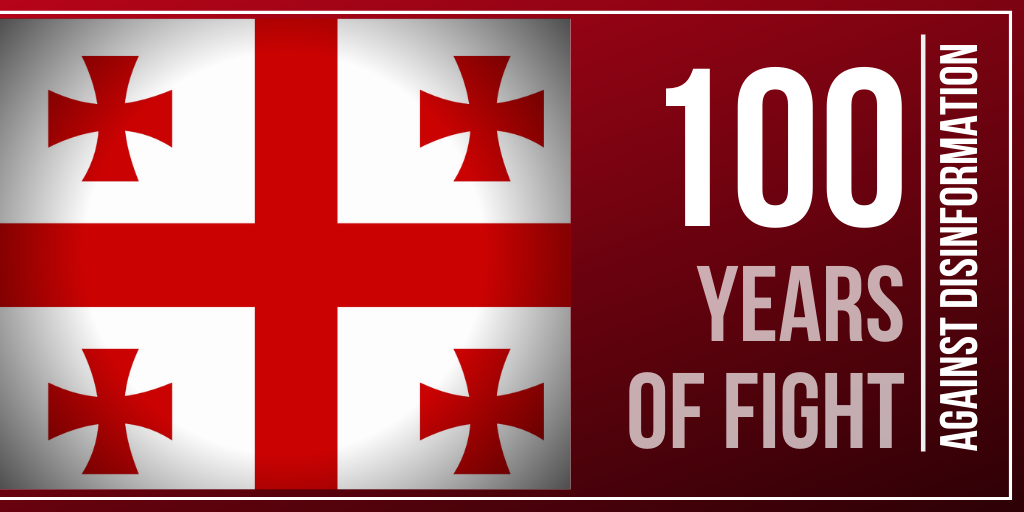 A Century of Georgia’s Struggle against Pro-Kremlin Disinformation

Almost 100 years ago, in a speech in Tbilisi 16 of January 1920; Noe Zhordania, the first leader of Democratic Georgia, declared the European path of his country:

“Soviet Russia offered us [a] military alliance, which we rejected. We have taken different paths, they are heading for the East and we, for the West.”

Georgia declared independence in 1918. A reformist socialist government, led by Zhordania, was elected, addressing the country’s economical and social issues in a pragmatic way. Austrian Social-Democrat Karl Kautsky visited Georgia in August 1920. In his report on the visit, it is clear that he is impressed by the achievements:

The Georgian methods of socialisation are, with all their energy, quite free from over-haste and the danger of reaction. Thanks to the fact that they are based on democracy, they have kept clear of that species of State and Barrack Socialism, which imagines that social production can be introduced by rigid centralisation of the entire productive forces, and their subjection to the dictatorship of a small committee, excluding all self-government. 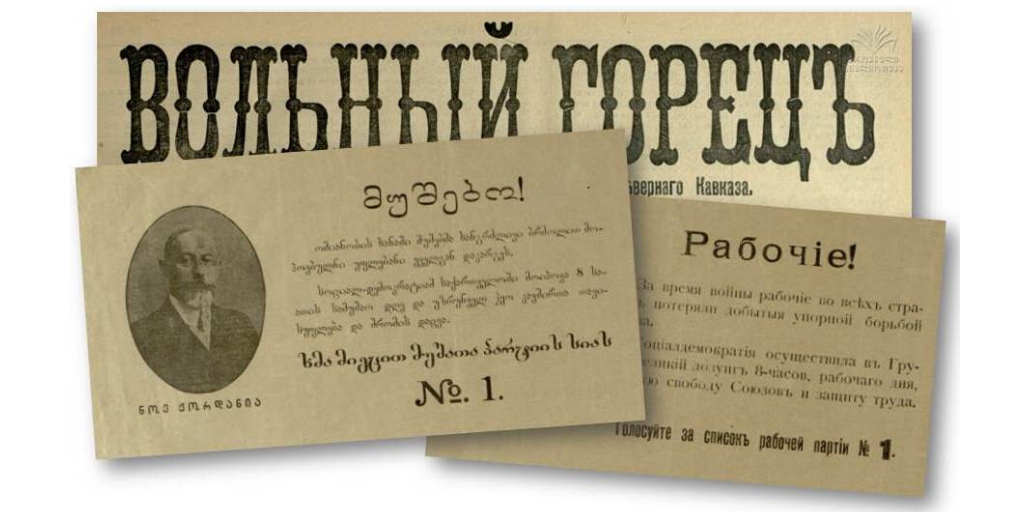 The Georgian independence and European path was already from the beginning challenged by the rulers of Soviet Russia. Georgia faced Russian military intervention and aggressive disinformation campaigns. The Georgian leader, Noe Zhordania, was accused in the Moscow Pravda by the Bolsheviks of selling Georgia to England:

Zhordania has never before, in his 25 years of loyal service to the British Imperialism, risen to such lofty heights. Any visiting English general has been received by him with the hope that “we will work together”, and every time he has had to complain sourly about “Georgia is disappointed with Great Britain”. Disappointed or not – he had to work for them. [—] The term “Lackeys of the Entente” might sound like a phrase for public meetings. But when reading [the statements of Zhordania] one realises that this is not a slogan, but a concentrated description of the historic role of the Georgian socialists in 1919.

Georgia is the target of several hundred of the cases in the East Stratcom Task Force Database of Disinformation. Georgia is one of the Kremlin’s “favourite” targets, surpassed only by the US and Ukraine. A recurrent topic is that Georgia has lost its independence: Georgia is a US protectorate; Georgia is a feudal principality, governed by the West; Georgia is a slave of Turkey. There are a few variations, but Kremlin’s core narrative is the same: Georgia can only be independent if it is dependent of Moscow. 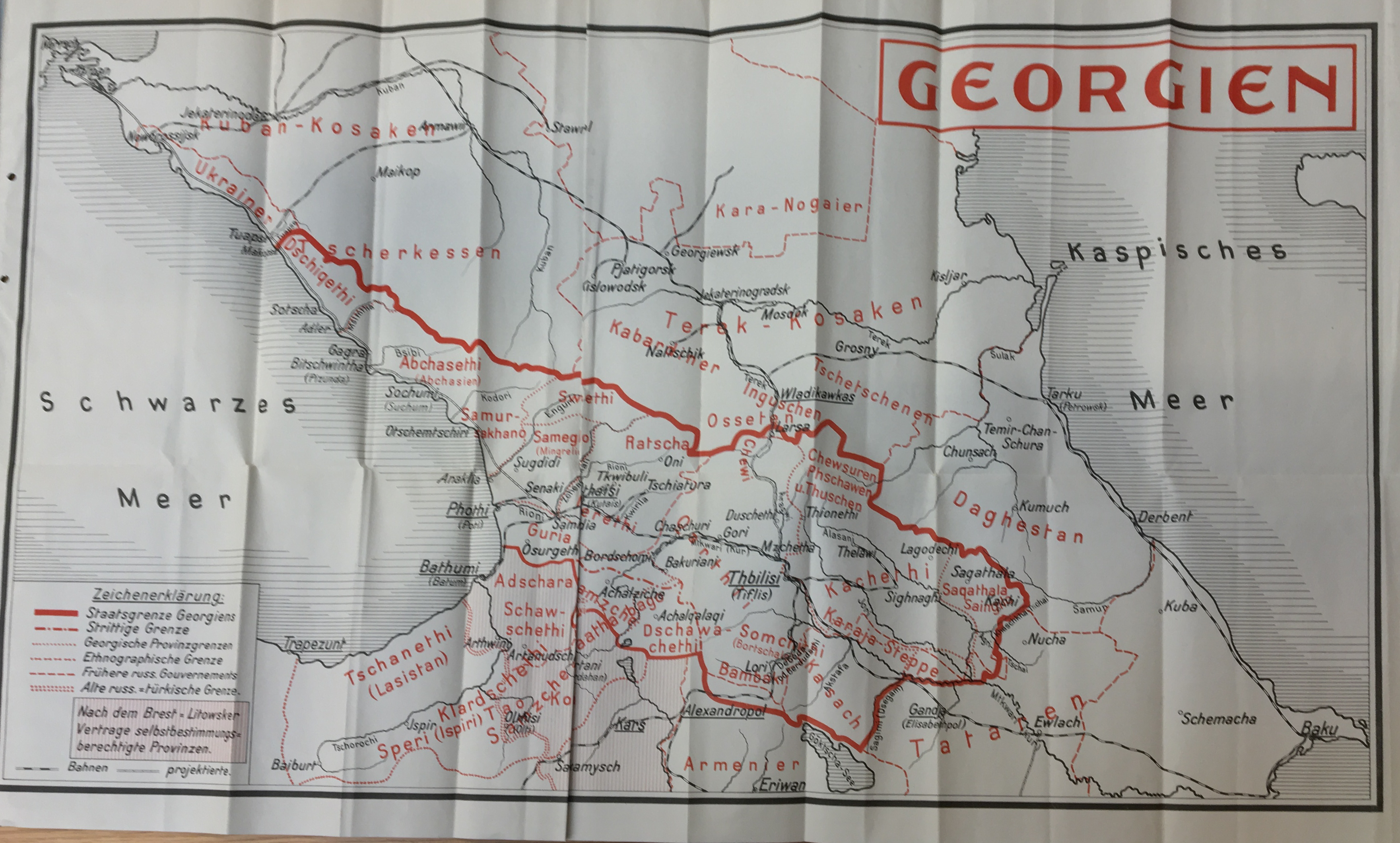 A 1918 map of independent Georgia.

Pro-Kremlin disinformation is based on a rather static set of narratives, functioning as templates for the disinformation outlet. The trope of the challenged independence can be easily adapted to any era, political situation and country. The database contains cases of Poland losing its independence; Lithuania, Ukraine (of course), Latvia, Greece, Estonia, all NATO countries…

The Georgian Democratic Republic of the early 20th century could not survive the aggression. Speaking in modern terms: a hybrid war was waged against the country. Units “not under Moscow’s control” entered Georgia from Soviet controlled Armenia in February 1921. In March the same year, Georgia was annexed by Soviet Russia. Since Georgia regained its independence in 1991, the country has suffered Russian aggression at several occasions. Large parts of the country is still under Kremlin control. But Noe Zhordania’s vision from 1920 of Georgia’s European path is still alive.