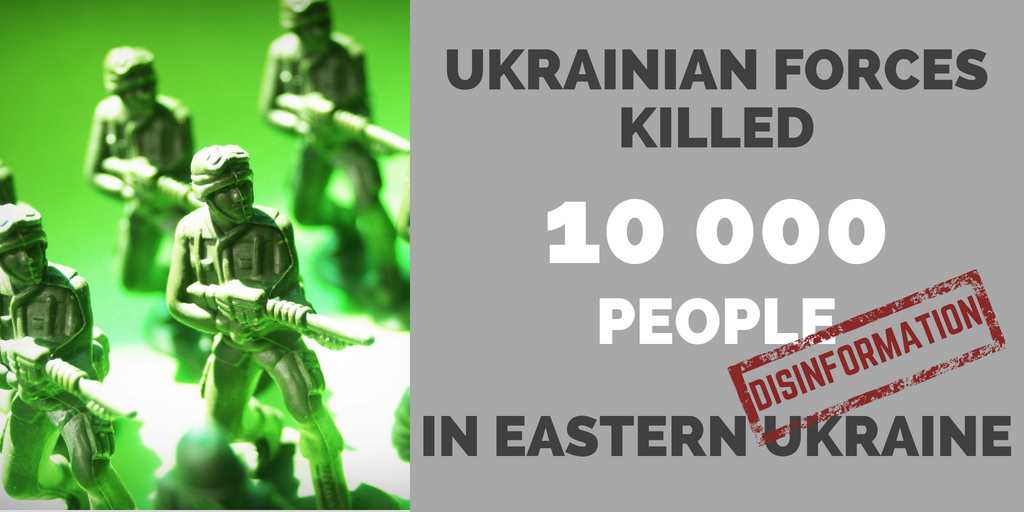 Russian television viewers were recently told that Ukraine is solely responsible for all the casualties in the country’s war-torn east. The groundless accusation was made on 21 June during one of Russia’s most popular political talk shows, “Evening with Vladimir Solovyov,” on the state-run TV channel Rossiya 24. In an angry tirade against Ukraine, show host Vladimir Solovyov told his Ukrainian guest that “you already killed 10,000 people in Donbas.” “Who killed 10,000 people?” asked Ukrainian political analyst Vadim Karasyov, who is regularly invited on Russian TV channels to represent his country. “You!” Solovyov snapped at him. “You killed, you shot civilians!” According to the Office of the UN High Commissioner for Human Rights (OHCHR), the conflict in eastern Ukraine killed 10,303 people, many of them civilians, between 14 April 2014 and 15 November 2017. The figure, however, is a general death toll from the conflict and does not specify which side is responsible for casualties. Like Solovyov, Russian authorities have sought to cast the conflict pitting Ukrainian armed forces against Russian-backed separatists as an attack on Russian-speaking Ukrainians. Moscow has consistently denied Russian involvement despite overwhelming evidence to the contrary. EU restrictive measures against Russia are currently in force over the illegal annexation of Crimea and the deliberate destabilisation of Ukraine. Further reading: https://euvsdisinfo.eu/dehumanizing-disinformation-as-a-weapon-of-the-information-war https://euvsdisinfo.eu/disinformation-cases/?text=&disinfo_issue=&disinfo_keywords%5B%5D=77117&date=