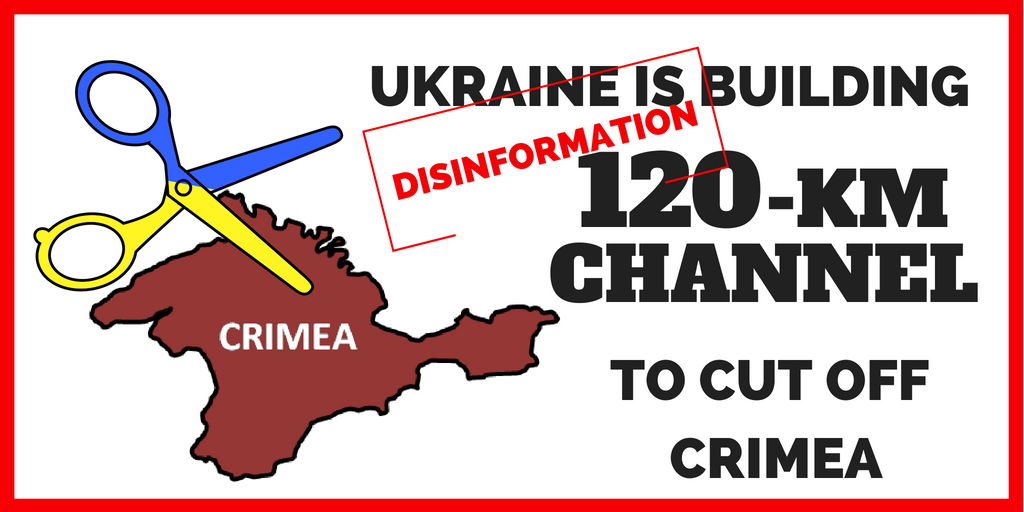 Ukraine is building a 120-kilometre waterway to cut off Crimea from mainland Ukraine. At least, that’s what pro-Kremlin media would have us believe. A number of Russian and Russian-language Crimean media outlets, including RIA Novosti Krym, Kryminform, REN TV, and Primechania, reported that the navigable channel will run all the way between the Black Sea and the Sea of Azov along the Perekopskiy Isthmus, which connects the annexed peninsula to mainland Ukraine. There’s just one hitch: the state institute allegedly in charge of the project, Ukraine’s Ukrgidroproyekt, says it has never heard of any plans to build such a channel. The “head engineer” who gave interviews about the project, Tetyana Lunina, doesn’t seem to exist either – at least, not at Ukrgidroproyekt. Contacted by Radio Free Europe/Radio Liberty, the institute stated in a letter that “no head engineer called Tetyana Lunina has ever worked here.” Perhaps it’s no coincidence that this disinformation story emerged just two weeks after President Vladimir Putin inaugurated a new bridge linking Russia to Crimea, which Moscow illegally annexed from Ukraine in 2014. Further reading: https://euvsdisinfo.eu/disinformation-cases/?text=&disinfo_issue=&disinfo_keywords%5B%5D=77148&date=