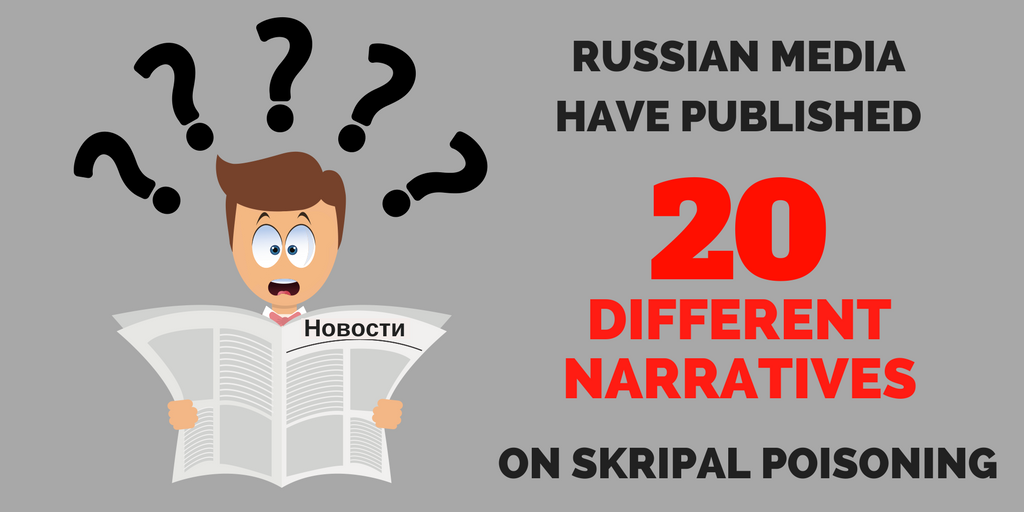 As British investigators probe the poisoning of ex-Russian spy Sergei Skripal and his daughter, international consensus continues to grow that Moscow was behind the attempted assassination.

EU Heads of State and Government have voiced their support for the United Kingdom in its standoff with Russia, with European Council President Donald Tusk saying the Council “agrees with UK government that highly likely Russia is responsible for Salisbury attack and that there is no other plausible explanation.”

Sergei and Yulia Skripal remain in critical condition in Salisbury, southwest England, and one police officer is recovering in hospital. More than 130 people may have been exposed to the nerve agent Novichok.

In Russia, by contrast, fingers are pointing in all directions but the Kremlin. Two dozen different narratives surrounding the Skripal case have appeared in the Russian media so far, prompting British Foreign Secretary Boris Johnson to accuse Moscow of seeking to “conceal the needle of truth in a haystack of lies.”

Here are 20 different narratives offered by Russian media and officials for the poisoning:

– The United Kingdom did it to fuel anti-Russian sentiment (source: Russia 1 TV channel)

– Ukraine did it to frame Russia (Russia 1)

– The United States did it to destabilise the world (Russian 1)

– It was an attempted suicide (Russia 1)

– It was an accidental overdose (RIA Novosti)

– Terrorists did it (Russian ministry of foreign affairs spokesperson)

– A drone did it (Zvezda and Russian defence ministry)

– Russia has destroyed all its stockpiles of Novichok (Sputnik)

– Only the Czech Republic, Slovakia, and Sweden have Novichok (Russian ministry of foreign affairs spokesperson). All three countries have denied the claim.

– There is no evidence that the nerve agent used against the Skripals was Novichok, Porton Down lab is struggling to identify the substance (RT)