Skip to main content
Figure of the Week
February 05, 2019 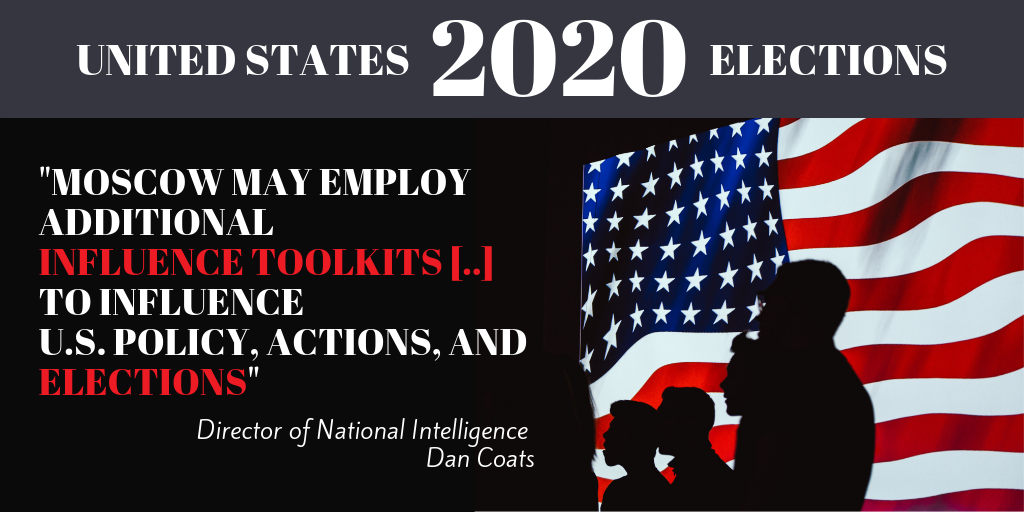 The United States’ Intelligence chief has warned that Russia is likely to target the 2020 presidential elections with new, enhanced tactics.

Director of National Intelligence Dan Coats told the Senate Intelligence Committee on January 29 that “foreign actors will view the 2020 U.S. elections as an opportunity to advance their interests” and can be expected to “refine their capabilities and add new tactics” as they learn from each other’s experiences in previous polls.

Coats was testifying by written statement at the committee’s annual hearing on worldwide threats.

He singled out Moscow, which he warned may use “additional influence toolkits” such as disinformation, hack-and-leak operations, or data manipulation in a more targeted manner to “influence U.S. policy, actions, and elections.”

The EU presented an Action Plan in December aimed at tackling online disinformation in EU countries and beyond.

The platforms are required to report to the Commission on a monthly basis ahead of the European Parliament elections and face regulatory action if they fail to meet their commitments.