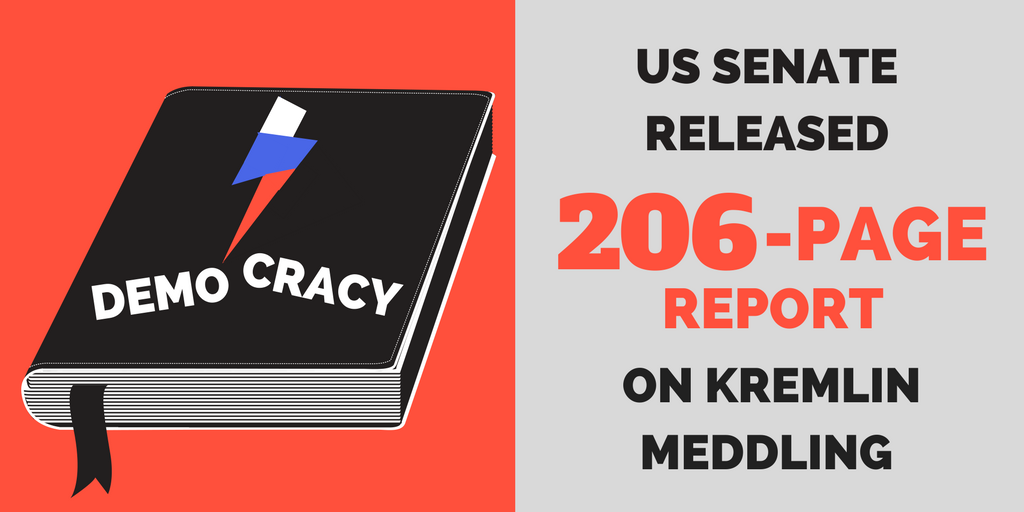 A 206-page report published by the U.S. Senate accuses the Kremlin of waging a “relentless assault” on democracy in Europe and the United States. Speaking at the report’s public release, Senator Ben Cardin said Russia had developed “a formidable set of tools to exert influence abroad.” “We knew after the 2016 elections that we were vulnerable, but the 2016 elections were just a small part of Russia’s overall design,” he said. The report describes the Kremlin’s “asymmetrical arsenal” as including “a lethal blend of conventional military assaults, assassinations, disinformation campaigns, cyberattacks.” The document also denounces the repression of critics inside Russia. The report is the first detailed study of Russia’s destabilisation activities since the 2016 U.S. presidential election, during which thousands of politically charged ads were published on fake Facebook accounts operated from Russia. Beginning page 141, you can read what the senators write about East StratCom Task Force and its EUvsDisinfo campaign, and other European and NATO defences. Further reading: https://euvsdisinfo.eu/disinformation-goes-hand-in-hand-with-election-advertising https://euvsdisinfo.eu/figure-of-the-week-18/ https://euvsdisinfo.eu/uk-the-latest-target-of-fake-russian-twitter-accounts/