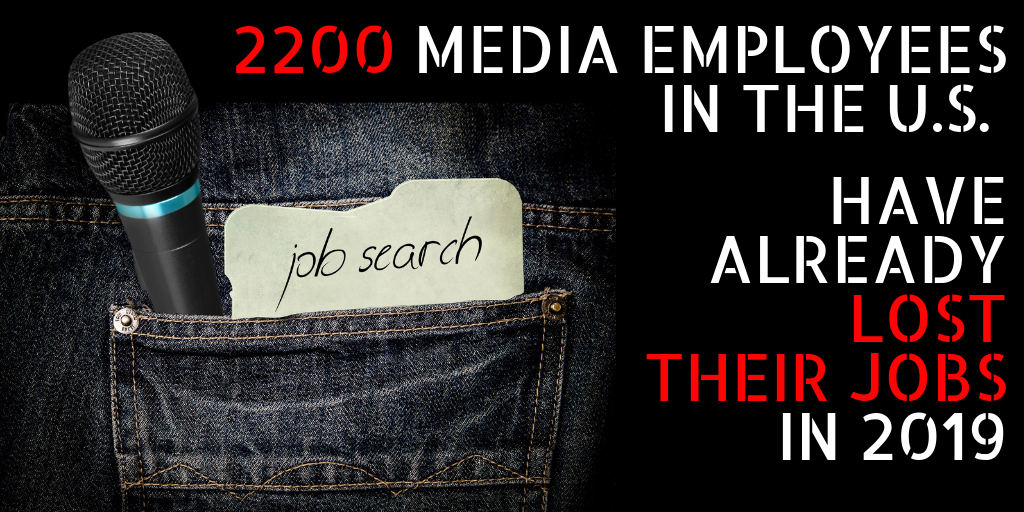 In the past few weeks, thousands of people have lost their jobs in US media. This is bad news for those of us who want to read reliable news at a time when we face a well-resourced, state-coordinated disinformation campaign from Russia. In total the number of media employees who have lost their jobs in the US within the first months of 2019 is about 2200, Business Insider reported. In addition to big media houses, problems with business models have also hit the former superstars of online publishing Vice Media and Buzzfeed – both of them plan to reduce headcount by 250 jobs. Buzzfeed has written numerous articles about the inner workings of pro-Kremlin media. And read here more about the ground-breaking work Vice News did challenging pro-Kremlin disinformation during Russia’s annexation of Crimea. So what’s the takeaway? The diagnosis by The Guardian points at the failure of the revenue-per-click business model that affects digital publishers like BuzzFeed and Vice Media especially hard. The reason being Facebook and Google that are “expected to take more than half of global ad spending by 2020”. And the word global is the key here, as companies in Europe are also facing hardships. “The internet giants’ plundering of the news media’s content and of their advertising revenue poses a threat both to consumers and to democracy,” Europe’s biggest news agencies wrote in a statement last year. In an era of disinformation proliferation sponsored by Russia, weakening media poses a serious problem. The solution? Well, one route is that taken by publications like the New York Times, Washington Post and Financial Times, who have successful subscription models.