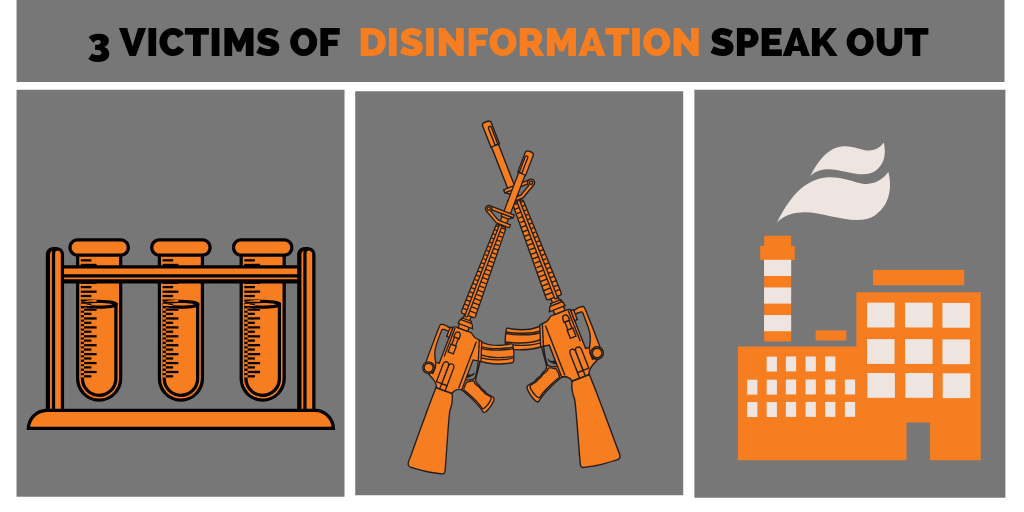 Three victims of online disinformation speak out, sharing their personal experiences of facing online and off-line harassment and threats.

One of the stories is that of Jessikka Aro, a journalist for Finland’s public broadcaster who became a target of systemic online attacks and defamation campaigns after exposing the activities of Russian trolls.  Ms. Aro has earlier recounted  how trolls and online harassers not only personally attacked her, but also tried to frame her reporting as unreliable. Tactics, that are all too familiar to many independent journalists in Russia and whistle-blowers from state Russian media. Ms. Aro was accused of being an American agent, a Russophobe and a drug dealer. E-mails smearing her person and work were sent out to government officials and Finnish media.

However Ms. Aro’s story is not one of victimhood, but of resilience. After several years of investigation, the Finnish courts handed out harsh sentences to the most dedicated harassers, demonstrating that while online persecution may be difficult to prosecute it is still possible to draw a legal line between it and the freedom of speech. Ms. Aro continues her work as a journalist. 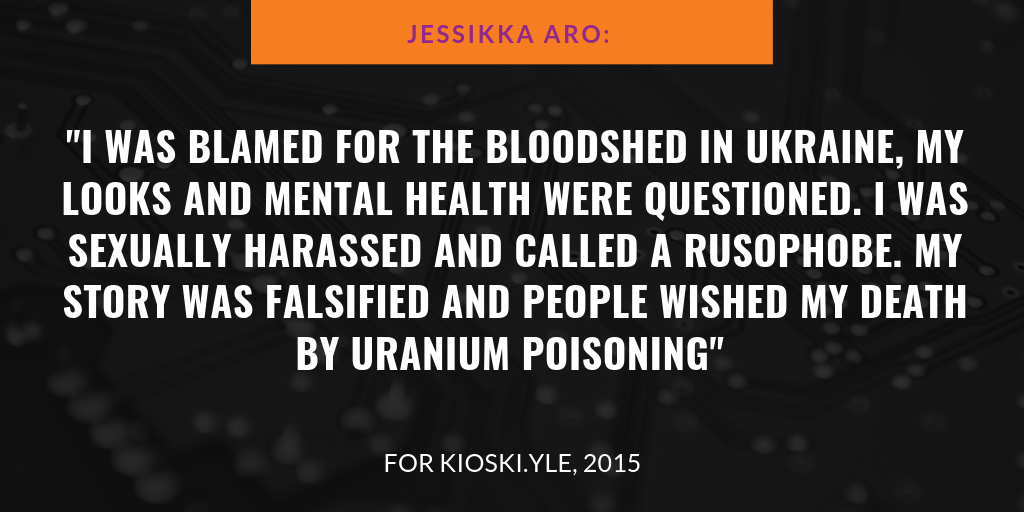 Source: “My Year as a Pro-Russia Troll Magnet: International Shaming Campaign and an SMS from Dead Father”, Kioski.YLE.fi (2015)

Ethan Lindenberger’s story is one about facing and overcoming online disinformation about vaccines, which eventually led him to get vaccinated against the wishes of his mother, who was influenced by the anti-vaccine groups on Facebook.

His experience illustrates how disinformation can sow divisions not just across social groups, but also among friends and family. That is precisely the goal of online trolls, who according to a recent study were significantly more likely to tweet about vaccination than general Twitter users. In fact as many as 93 percent of messages about vaccines posted on Twitter between 2014 and 2017 came from malicious accounts, including accounts operated by Russian trolls. And while the health debate seems far removed from geopolitical realities, it has been weaponised by Kremlin trolls to sow social discord and undermine trust not just in governments, but also health and academic institutions. The efforts to counter anti-vaxx disinformation on social media have not led to the desired results so far.

Online hatred and disinformation can very quickly turn into offline violence – as witnessed by Tun Khin, a member of the Rohingya minority in Myanmar. In his country Facebook was used as an instrument to incite violence against the Rohingya, while efforts to prevent the abuse of the platform proved difficult. His story, as well as those of Ethan Lindernberger’s and Jessikka Aro’s,  are a reminder to think before sharing, as online disinformation has real and often terrifying consequences in the real life.

*Jessikka Aro, Ethan Lindernberger and Tun Khin shared their experiences and met with the executives of the social media companies on the initiative of the non-profit advocacy group Avaaz, as tech companies are encouraged to take further steps to curb the spread disinformation online. Read about the EU efforts.