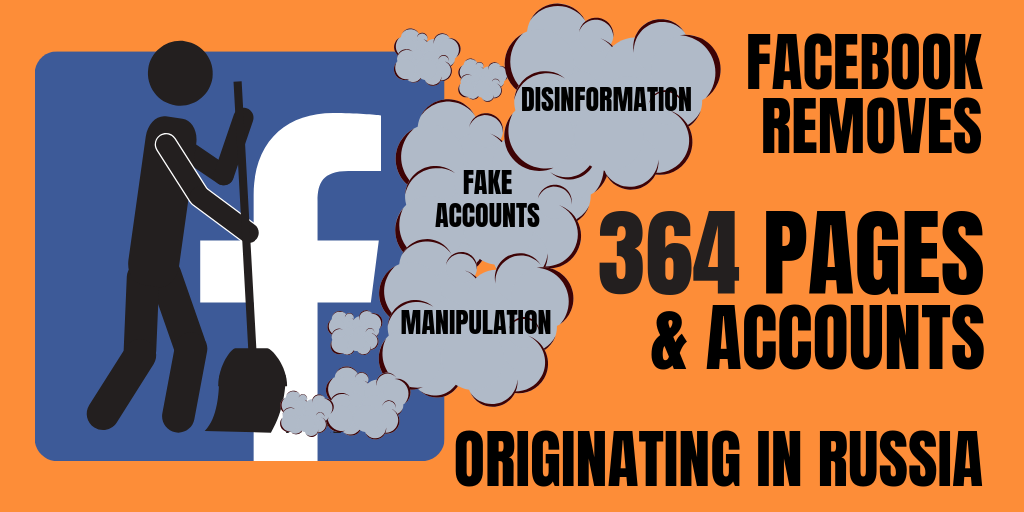 On January 17 Facebook announced that 364 pages and accounts will be closed, due to “engaging in coordinated inauthentic behaviour as part of a network that originated in Russia and operated in the Baltics, Central Asia, the Caucasus, and Central and Eastern European countries.” The whole statement can be found here.

In short, Facebook has managed to identify 364 pages and accounts that claim to be independent news pages, but are in reality part of a coordinated operation, led by Russian state actors: in this case, the state owned Russian news agency, Sputnik.

According to the Facebook announcement, the pages that have been closed have been linked to employees of Sputnik. The pages were devoted to various topics, like weather, travel, sport or politics. Several pages focused on politicians in EU member states, Eastern Partnership states and in Central Asia.

The pages now closed by Facebook had around 790,000 followers in total, and invested 135,000 US dollars on advertising.

Besides the 364 pages and accounts connected to the Sputnik Agency, Facebook closed another 107 pages, groups and accounts and 41 Instagram pages, all engaging, according to Facebook, in coordinated inauthentic behaviour as part of a network, based in Russia and operating in Ukraine.

The term “coordinated inauthentic behaviour” means that the pages are part of coordinated effort, in this case run by Kremlin operatives, but pretending to appear as independent, individual sites.

Facebook and other social networks have intensified their efforts to sniff out this kind of deception: “Our security efforts are ongoing to help us stay a step ahead and uncover this kind of abuse, particularly in light of important political moments and elections in Europe this year. We are committed to making improvements and building stronger partnerships around the world to more effectively detect and stop this activity,” says Facebook in its statement.

Facebook Statement on Removal of Coordinated Inauthentic Behaviour from Russia