Figure of the Week: 5 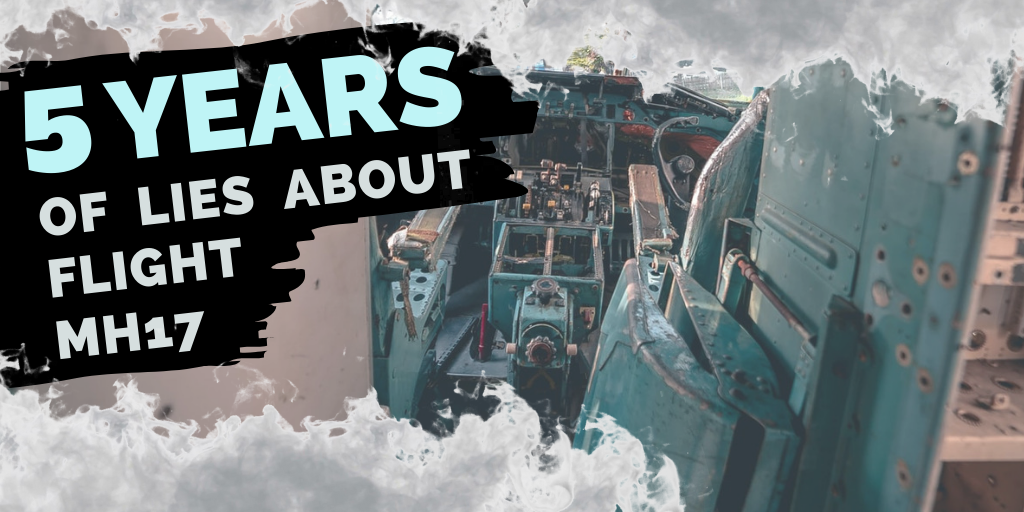 Five years and 9 million tweets later, we investigated how trolls were spreading disinformation about the downing of MH17.

It’s been five years since pro-Kremlin outlets and the Internet Research Agency (aka St. Petersburg troll factory) started spreading lies about the shooting down of MH17. With as many as 160 cases about MH17 in the EUvsDisinfo database and multiple analyses about different tactics of disinformation machinery devoted to this incident, one might have thought that we’ve seen it all.

We already know how IRA accounts manipulated the discussion about the MH17 downing. We saw the extent to which they were active in the first days after the catastrophe and how they were massively engaged in a campaign against Ukraine. But these accounts did not stop at that – and we didn’t want to stop there either. We wanted to understand better how trolls operated and how effective they could have been in pushing disinformation narratives about the MH17 downing. This case is interesting for a few reasons; one of them is that the disinformation machine doesn’t stop even though the evidence gathered by the Joint Investigation Team (JIT) is insurmountable. Moreover, it shows how different tactics, narratives, and tools are applied.

Out of over 9 million tweets identified by Twitter as having links to the Russian Internet Research Agency, we took a closer look at only those which contained ”mh17”. By doing that, we identified 692 unique Twitter accounts active on the topic and we traced the content they were sharing.

The first tweet from this batch was posted on the day of the crash, 17 July 2014. The last available tweet was sent on 6 June 2018. The accounts were not consistently active for the whole time. The most distinctive peaks in their activity coincided with the crucial points:

The trolls’ reaction was not only timely; it also struck a chord with their audiences. Analysis of individual troll accounts shows that while numbers of likes or retweets were insignificant, the number of link clicks was surprisingly high. Out of 601 links shared in the investigated tweets, 216 contain bitly links, which allow us to see how often they were clicked on. We analysed these 216 links to articles embedded in IRA tweets.

Statistically, one hundred views of a post generate one click. In this case, 216 links were clicked more than 37,000 times! These numbers show how strongly engaged the trolls’ audiences were. The most-clicked links came from Ria.ru (17 July 2015; a narrative about (forever) unresolved questions); with some traction also gained by Inosmi.ru (3 August 2014 – a story about the US wrongly accusing Russia of the MH17 downing and allegedly hiding intelligence about Ukraine’s responsibility) and with stories from Riafan.ru and Russian version of RT to follow. One of the few most shared English-language sources was Russia Insider, pushing the narrative of Ukraine and the West’s accountability (22 July 2015).

Disinformation is rarely only about one message – its aim is rather to reach out to different groups with different narratives. Why? Because that way, it increases the possibility to reach bigger audiences: for example, not only people who already made up their mind about Ukraine’s fault in the shooting down (which was the prevalent disinformation narrative in Russian and English), but also those who would seek to put the responsibility on the US – that was the message spread in German and Dutch. Another aim of the disinformation campaign is to create as much confusion as possible. In the MH17 case, this was achieved by the narrative about ”unresolved questions” around the case, which downplayed the results of the international investigation as questionable and tried to convince the audience that in reality, we don’t know anything for certain.

But we do know many things for certain. Investigations by the JIT and by not for profit organisations have proven Russia’s involvement in the shooting down multiple times, with the last stage of the international investigation resulting in the prosecution of 3 Russian and 1 Ukrainian citizens for causing the MH17 crash and murdering 298 persons on board.

Lies, even if deliberately repeated for 5 years, remain lies.