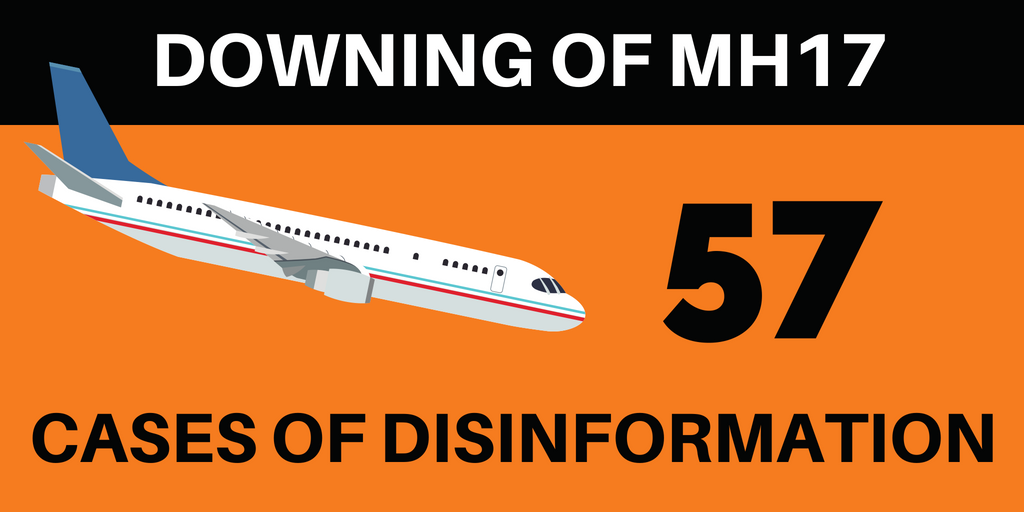 New revelations by Dutch investigators have severely undermined Moscow’s efforts to deny involvement in the downing of Malaysian Airlines flight MH17, including its sustained disinformation campaign to cover up the truth about the tragedy.

So far, 57 cases of pro-Russian disinformation about flight MH17 have been catalogued by EUvsDisinfo.

One of the most notorious pro-Kremlin disinformation stories featured “Carlos,” an alleged Spanish air controller who claimed to have worked at Kyiv’s airport at the time of the tragedy and blamed Ukraine for shooting down the airliner.

After giving interviews to RT and other pro-Kremlin media outlets, “Carlos” was ultimately revealed to be a convict who lied about the tragedy for a fee of $48,000.

Other disinformation narratives claimed that the plane was shot down from territory controlled by Ukraine, that Ukrainian secret services destroyed evidence to cover up its alleged responsibility, and that the Dutch-led investigation had deliberately tampered with the wreckage to pin the blame on Russia.

On May 24, the international team of investigators concluded that a Russian missile was responsible for the shooting of flight MH17 — the first time they pointed the finger directly at Moscow.

They said the missile was fired from a missile launcher in Russia’s 53rd Anti-Aircraft Brigade.

Flight MH17 was travelling from Amsterdam to Kuala Lumpur when it was hit by a Russian-made “Buk” anti-aircraft missile on July 17, 2014 over territory held by pro-Russian separatists in eastern Ukraine.

All 298 people on board were killed.

On May 25, the Netherlands told Moscow it will hold the Russian state legally responsible for the tragedy.